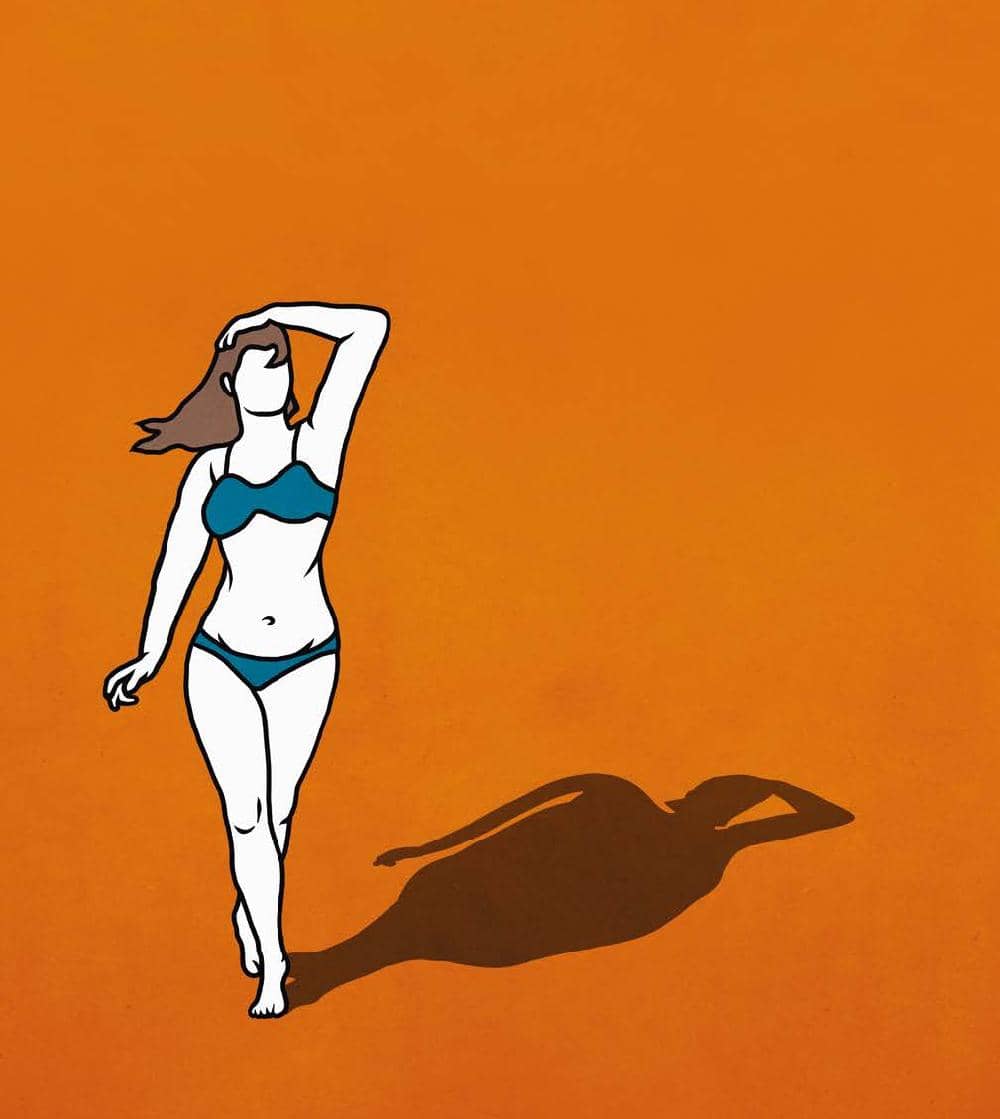 It’s common to feel insecure about a facial feature or body part, especially in adolescence. But when this becomes a persistent fixation that affects your daily life, it can be a sign of body dysmorphic disorder – for which you need to get help.

Boobs too big? Butt too small? Teeth skeef? Body hair like a baby gorilla? Many of us have hang-ups about our faces or figures, especially in the age of social media, when our images are everywhere and the smallest perceived flaw can feel cringeworthy.

Even celebrated beauties aren’t immune. Kylie Jenner reportedly hates her lips – hence the lip filler: ‘It’s been an insecurity of mine all my life,’ she told Complex magazine. ‘This guy I kissed was like, “Your lips are really small but you’re a really good kisser. I didn’t think you were gonna be good at kissing.” From then on, I just felt like I saw guys staring at my lips. I felt like no one wanted to kiss me.’

Beyoncé apparently has issues with her ears: ‘I wear big earrings because I don’t like [my ears],’ she told Essence. Rihanna hates her cellulite. And Miley Cyrus has confessed to hating everything about her face and body: ‘I was told for so long what a girl is supposed to be from being on that show [Hannah Montana],’ she told Marie Claire. ‘I was made to look like someone I wasn’t, which probably caused some body dysmorphia because I’d been made pretty every day for so long, and then when I wasn’t on the show, it was like, “Who the f*ck am I?”’

If women like these have problems, where does that leave the rest of us? Often reaching for faceshaping cosmetics, wearing craftily chosen clothes or big sunglasses and – for those who can afford it – having cosmetic or dental surgery. But when our insecurity persists and becomes an all-consuming obsession, affecting the way we function, we need a different sort of help: psychological assessment to rule out body dysmorphic disorder (BDD) and, if necessary, professional treatment.

Miley might have hovered on the edge of BDD, but she didn’t topple in. Instead, she turned her image on its head, shaving her hair and embracing her distinctive features, pursuing an alternative lifestyle with zeal – and with growing success. But not all of us have the ability or the professional, financial and family support to manage that, so a better understanding of the condition is important.

BDD is a recognised mental health disorder linked to obsessive-compulsive disorder (OCD). ‘It’s suggested that the body dissatisfaction and distortion experienced by anorexia sufferers is akin to BDD,’ says Graham Alexander, consultant psychologist at Chrysalis Clinic, a bariatric surgery in Cape Town. ‘The distortion does essentially tick the BDD boxes as a component of the condition, but BDD is a much bigger condition in itself, linked to OCD. All psychiatric conditions are boxes that describe some element of a person’s broader psychiatric profile. Someone with a psychiatric condition doesn’t always fit neatly into one particular box.’