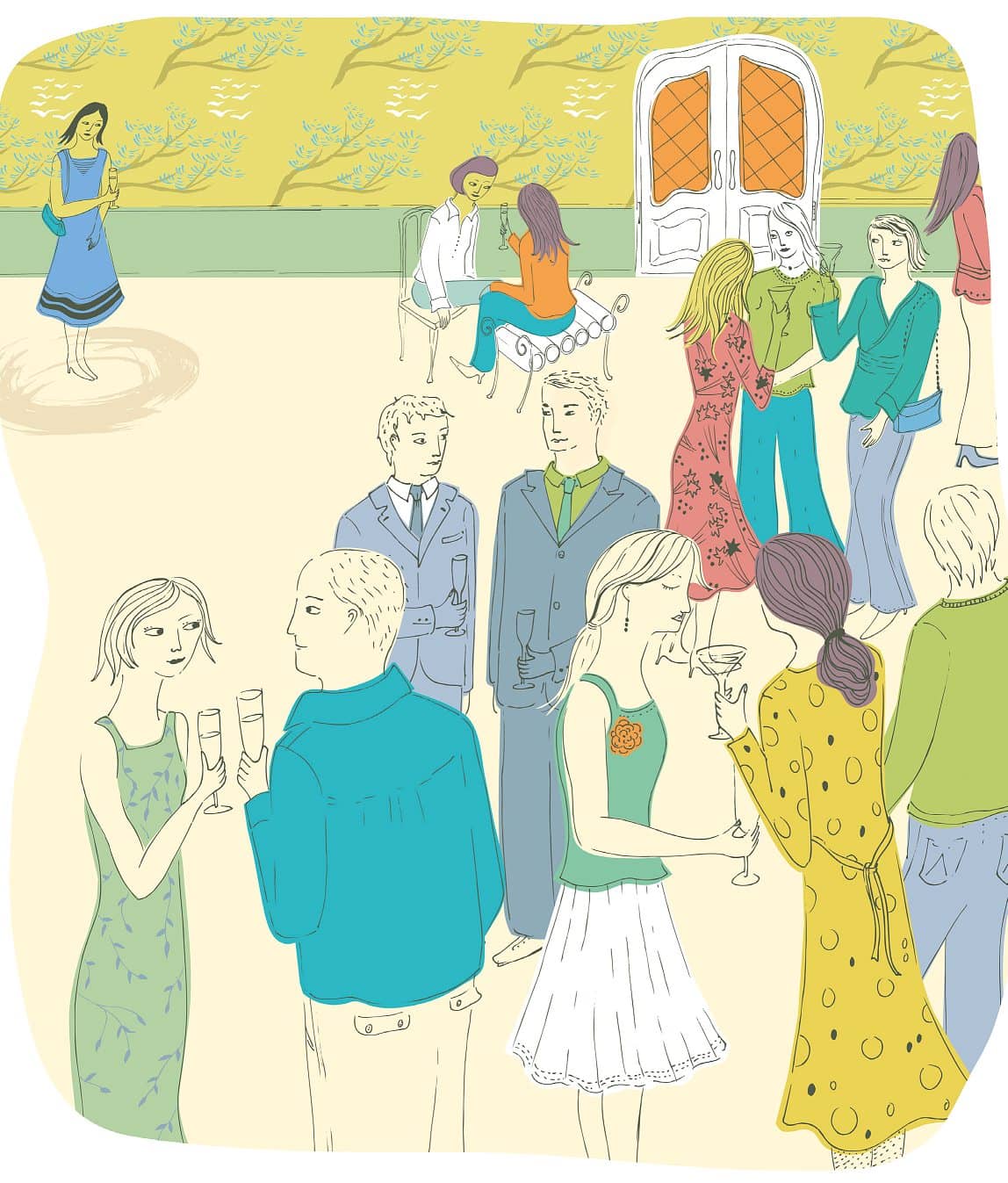 ‘Hell is other people at breakfast.’ I was sad to discover this was a misquote; I found it so apt. French existentialist Jean-Paul Sartre’s original line reads, quite simply: ‘Hell is other people.’ Punchier, sure, but also a bit harsh. Either way, the general sentiment is bound to resonate with at least some of you. You know who you are.

According to some studies, a third to half of all Americans are introverts – that’s one out of every two to three people. And, given that Americans are a decidedly ‘HEY, LOOK AT ME’ nation, the number is bound to be at least as high, if not higher, in other parts of the world. Finnish people, for instance, are notoriously introverted, as evidenced by this Finnish joke: How do you know if a Finn likes you? He is staring at your shoes instead of his own.

If 50 percent sounds like a lot, that’s because the world is filled with introverts passing themselves off as extroverts. ‘I’d say 90 percent of my acquaintances don’t even know that I’m an introvert because I take such pains to hide it,’ writes self-professed introvert Jessica Pan in her recent book, Sorry I’m Late, I Didn’t Want to Come. ‘After-work drinks? Sorry, I’m very busy. Lunch at the pub? Can’t, I have plans (eating ramen alone in blissful solitude). Co-workers just think that inside the office I’m distracted, and outside the office, I have a full social calendar and debilitating face blindness.’

But why? Well, that’s due to what author Susan Cain calls ‘the extrovert ideal’: the pervasive belief that being ‘gregarious, alpha and comfortable in the spotlight’ is what we should all be striving for.

In her book Quiet: The Power of Introverts in a World That Won’t Stop Talking, she writes: ‘We like to think that we value individuality, but all too often we admire one type of individual – the kind who is comfortable “putting himself out there”. Sure, we allow technologically gifted loners who launch companies in garages to have any personality they please, but they are the exceptions, not the rule, and our tolerance extends mainly to those who get fabulously wealthy or hold the promise of doing so.’

Introverts are generally not viewed in a favourable light, to put it mildly. ‘Introversion, along with its cousins – sensitivity, seriousness, and shyness – is now a second-class personality trait, somewhere between a disappointment and a pathology,’ writes Cain.

The world is also increasingly geared towards extroverts: schools value group projects, large classrooms, and interactive teaching; offices are open-plan to encourage impromptu conversations and facilitate teamwork, and shameless self-promotion has become a crucial career tool. Even jobs that were once seen as solitary pursuits have become more interactive. Authors (who were once left in peace to tap away at their typewriters in an isolated cabin in the woods somewhere) are now compelled to teach writing workshops, host panel discussions and discuss their books at length to promote book sales.

As a result, students and employees who prefer to work independently and need a quiet, interruption-free space to focus and concentrate often end up underperforming, or having their ideas overlooked in favour of the self-appointed group leader who has taken over the meeting.

WHAT EXACTLY IS AN INTROVERT?

The term goes back to the ’20s, and was popularised by psychologist Carl Jung, who saw introversion and extroversion as ‘the central building blocks of personality’.

In short, introverts gravitate towards the inner world of thought and feeling. They are experts at immersing themselves in their work, and prefer to concentrate on one task at a time. They need time to process what is going on around them, and replenish their energy levels by spending some much-needed time alone.