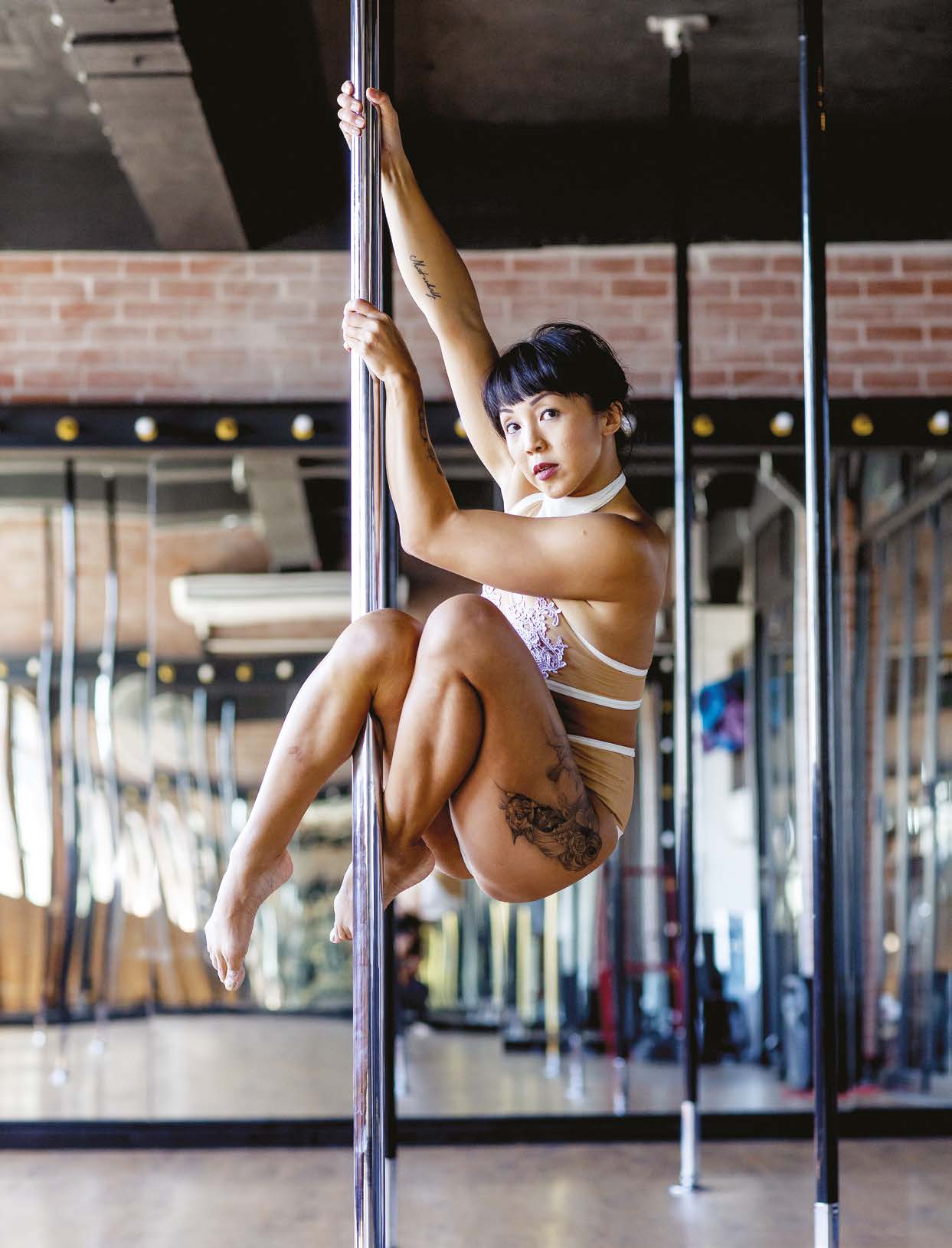 Former London lawyer Kathy Lee helps people get into shape and take control of their own lives through pole-dancing. She’s all about turning the stereotype on its head.

The YouTube video opens on a darkened stage. Facing away from the audience, a woman clad in a bejewelled black and mesh leotard raises her arms over her head. As Bishop Briggs’s Never Tear Us Apart begins to play, she reaches out and grabs hold of a pole (unusually, suspended from the ceiling). With an unfathomable tolerance for the pain of skin grazing metal, she gracefully contorts her body, twirling around and up and down the pole as her sky-high heels slice the air – a perfect study in strength and sensuality.

As the last notes of the song fade, the dancer assumes a fierce stance next to the pole, then melts into a wilting flower – leaning forward, head bowed. The crowd roars off-camera, and she casually saunters off the stage.

The dancer is Kathy Lee – founder of pole-dancing studio The Pole Project in Woodstock, Cape Town. And she is changing the strip-club-only reputation of pole dancing in South Africa.

‘I used to be a lawyer for a big corporate firm in London,’ says the 36-year-old entrepreneur. As a child growing up in Singapore, Kathy never wanted anything more than to be a successful lawyer. ‘I’ve always been argumentative and I thought it would be cool to get paid to do that,’ she says. ‘I dreamed of studying law at one of the big universities in the UK, which is exactly what I did.’

At 16, Kathy packed up her life in Singapore to complete her A-Levels at an international college in the UK. She went on to get a bachelor’s degree at King’s College London, before earning her master’s at Oxford University. Afterwards, she joined a large corporate law firm, where she worked for five years.

‘I met my husband in Shanghai, and he was South African,’ she explains. ‘So I moved to Cape Town in 2012 to be with him. I started a new job at a big African firm. I thought I would find a better worklife balance here, but I was so busy that I didn’t have time to pursue my outside interests, such as pole dancing.’

So she figuratively ripped off her corporate lawyer’s suit, opened her own studio in 2014 and began dancing professionally.

Kathy’s love affair with pole dancing began in 2011, when a friend who had tried to learn it through DVD tutorials wanted to get rid of her pole.