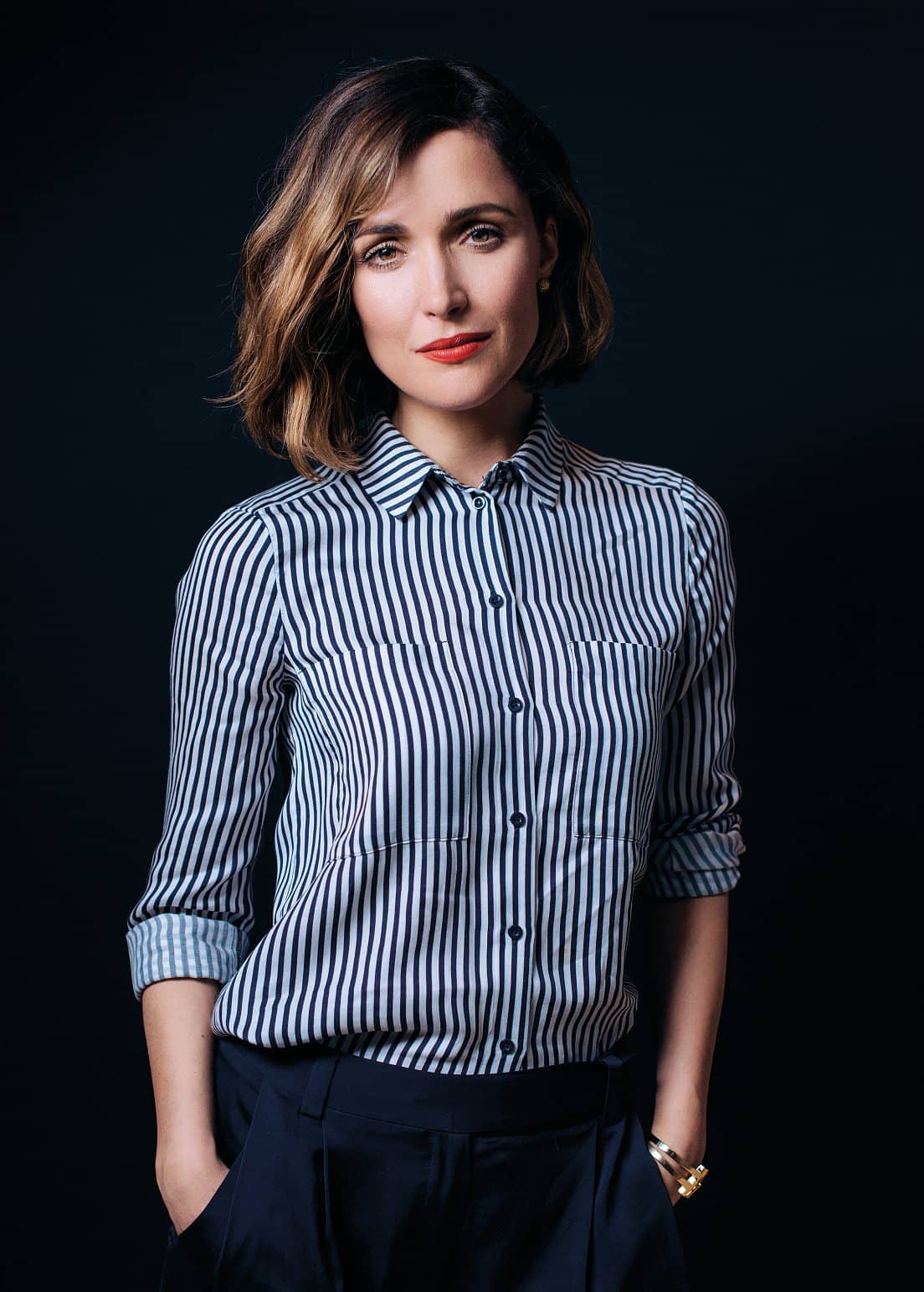 She starred opposite Heath Ledger as a teen, made a movie with Oprah last year and recently started a female-run production company. Comedy break through star Rose Byrne truly is having the last laugh.
Sandra Parmee

ROSE BYRNE has to be one of our favourite funny girls, even though just a few years ago she found herself being pigeonholed in serious, melancholic roles. She was in legal thriller series Damages for several years and took on many dramatic roles, slotting her neatly into the ‘dramatic actress’ category. After consciously looking for lighter roles, Rose was cast in 2010s Get Him to the Greek, which set her career on a new trajectory. ‘I realised, “Hold on, I don’t want to be taken that seriously anymore. I want to be able to be taken seriously doing something funny.” I think it freed me up more,’ she said. After that came Bridesmaids, Spy and Neighbors 1 and 2, and she was finally able to show her full range as an actress.

Despite her ability to put on flawless American and British accents, which is partly what has allowed her to snag the roles she has, Rose is actually Australian. Born in Sydney, she was the youngest of four children, which brought out her fighting spirit. ‘It was competitive just eating dinner, like, “Everyone, get what you want from the chicken.” Plus competing for your parents’ attention!’

Perhaps it was a good thing, as a bit of ambition is essential in the film business. ‘I have drive, for sure. You have to. It’s a tough business; there are a lot of actresses and not a lot of great roles,’ she said. But she cautions against becoming too competitive, especially in the age of Instagram where not all is as it seems.

‘Healthy aggression is good, but social media can perpetuate that in the worst way. You have to be careful about comparing yourself to others. You can never be somebody else. You will only be yourself, and that’s what’s great,’ she said. ‘I’m as vulnerable as the next person in terms of being swept up in aspirational Instagrams. You have to know what is fantasy and what is real.’ Interestingly, Rose doesn’t have a public Instagram account: ‘I’m too shy, but I enjoy it! I never did Facebook, or any of the precursors to that. Instagram was my first foray into social media. It’s nice to see people, friends, doing their thing.’