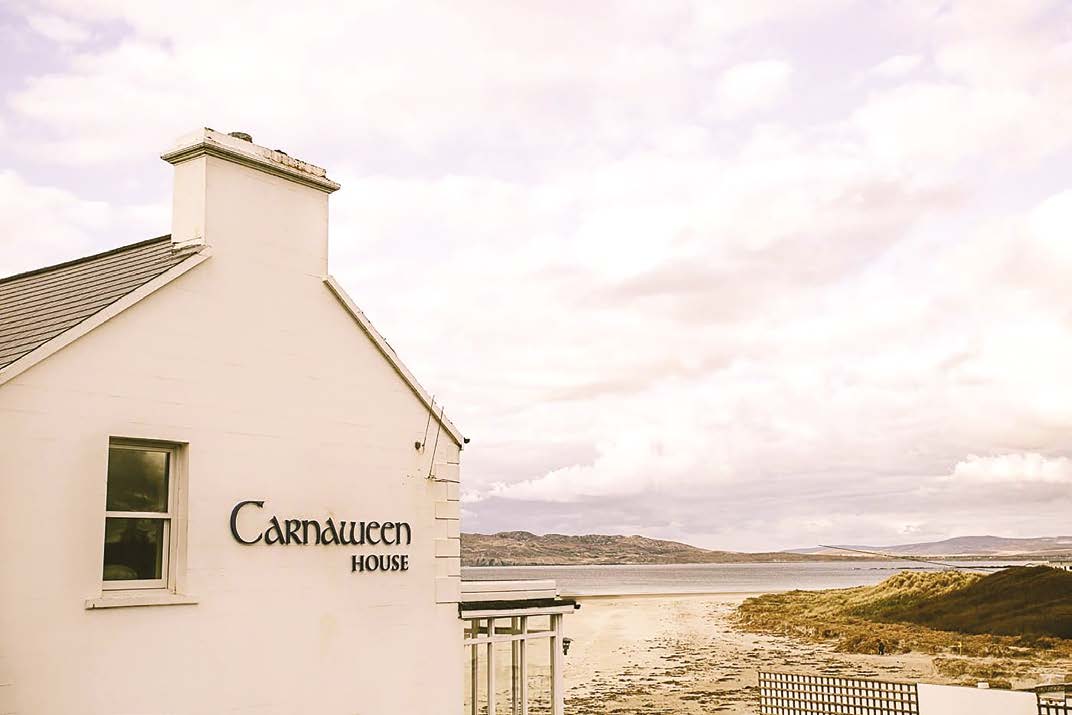 It is the light that is so arresting. Both silver and gold, it glances like burnished steel, bathing the Narin-Portnoo beach in an angelic glow.

St Connell. The story goes that in the sixth century, hot-headed Connell killed his father in a fit of rage and was banished to Inishkeel to mend his ways. It took him seven years to do so, after which he founded a monastery there.

There’s mystery and magic wherever you turn in Ireland, and Inishkeel has its share: a holy well, and a stone in the walled graveyard that is believed to have healing properties. Another, known as St Joseph’s Bed, is said to cure bad backs. No one has lived on the island since 1904; now it’s home only to the tranquil, weather impervious sheep.

Narin-Portnoo’s attractions include a caravan park, a shop and an 18-hole golf course. Carnaween House has a few rooms for rent, but it is the excellent restaurant that’s the draw card. Chef Arlene Dennis, who lives downstairs, doubles as the guest house manager. Over the years she has grown accustomed to a view that – even to a scenically privileged Capetonian – is glorious.

The guest house is perfectly positioned, overlooking 2km of unspoiled, sandy beach. Its Blue Flag status means it’s safe to swim here in summer, beside the sheep and under the watchful eyes of lifeguards. But the season is over and the locals have it all to themselves for the coming winter. Two or three of them, to my amazement, have stripped off their clothes and are plunging into the sea.

It’s too cold for my South African bones to be out any longer, so I hurry back, happy to see my sister waving from the steps of Carnaween House. Coffee will be ready, and poached eggs. In the pat of butter that comes with my toast, there will be a birthday candle for me.