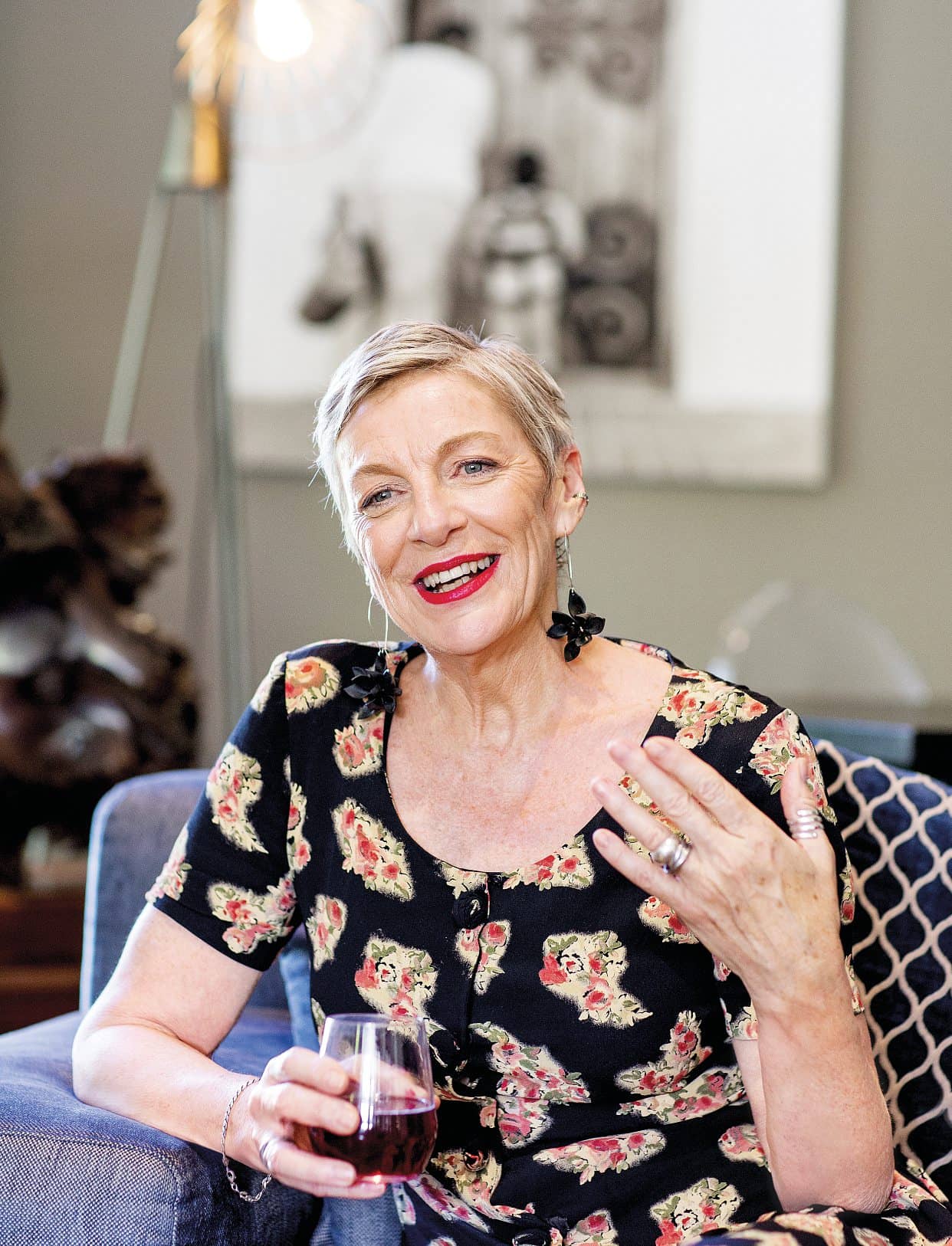 Although Marita van der Vyver is mostly seen as anAfrikaans writer, her books have been translated into English, German, French, Mandarin and even Icelandic – and are read all over the world. Her latest work delves into the psychological damage caused by the BorderWar – from SouthAfrica to Cuba. We met up with her to talk about her work, her life in France and the controversy surrounding Borderline.
CHARIS TORRANCE

Marita van der Vyver has been living in France for 20 years, so when she’s back in SA, she likes to seek out a little bit of ‘home’. ‘My friend Naretha Ricome, who is also an Afrikaans woman married to a Frenchman, always invites me to stay at her company’s wine farm when I’m in the Western Cape,’ she says. L’Avenir Country Lodge describes itself as ‘authentically South African with a touch of French’ – which is probably why Marita feels right at home here.

Marita actually started out as a young adult fiction writer but really made a name for herself with her controversial novel, Griet Skryf ’n Sprokie (Entertaining Angels) back in 1992. Despite drawing the ire of conservative readers for its explicit sex scenes, it became a bestseller, was reprinted several times and was awarded the M-Net, ATKV and Eugène Marais prizes.

‘I still have people coming up to me to tell me how they had a “secret copy”,’ she says with a laugh.

Today, she’s written more than a dozen novels as well as short stories and essays. She’s also branched out into radio plays, film scripts and shorter pieces about food and her life in Provence.

She met her husband, Alain Claisse, during a sabbatical year in the south of France, and relocated there permanently in 1999, before they married. Two decades ago they settled in Provence with their four children: Alain’s sons, Thomas and Hugo, her son, Daniel, and their daughter, Mia. On her life in Provence, she says: ‘All in all, I feel very fortunate because it’s a country where food, wine, and living are taken very seriously.’

In fact, food is so important there that they teach children the importance of leisurely lunches from an early age. ‘When my daughter was three, her school canteen served four courses a starter, a main, a cheese course and dessert.’

I met up with Marita at L’Avenir, where she was spending time to promote her latest book, Grensgeval, (translated into English as Borderline). In it, Marita looks at the effects of the 23-year Border War between South Africa and the SA and US-funded UNITA movement, and the Angolan government, which was supported by Cuban forces.

At the beginning of the novel we meet Theresa, who’s just learnt that her ex-husband, Theo, has passed away. She finds herself unable to mourn someone who hasn’t been in her life for years – he'd spent the past 20 years in a mental hospital.