The Yacht Girls Of Summer 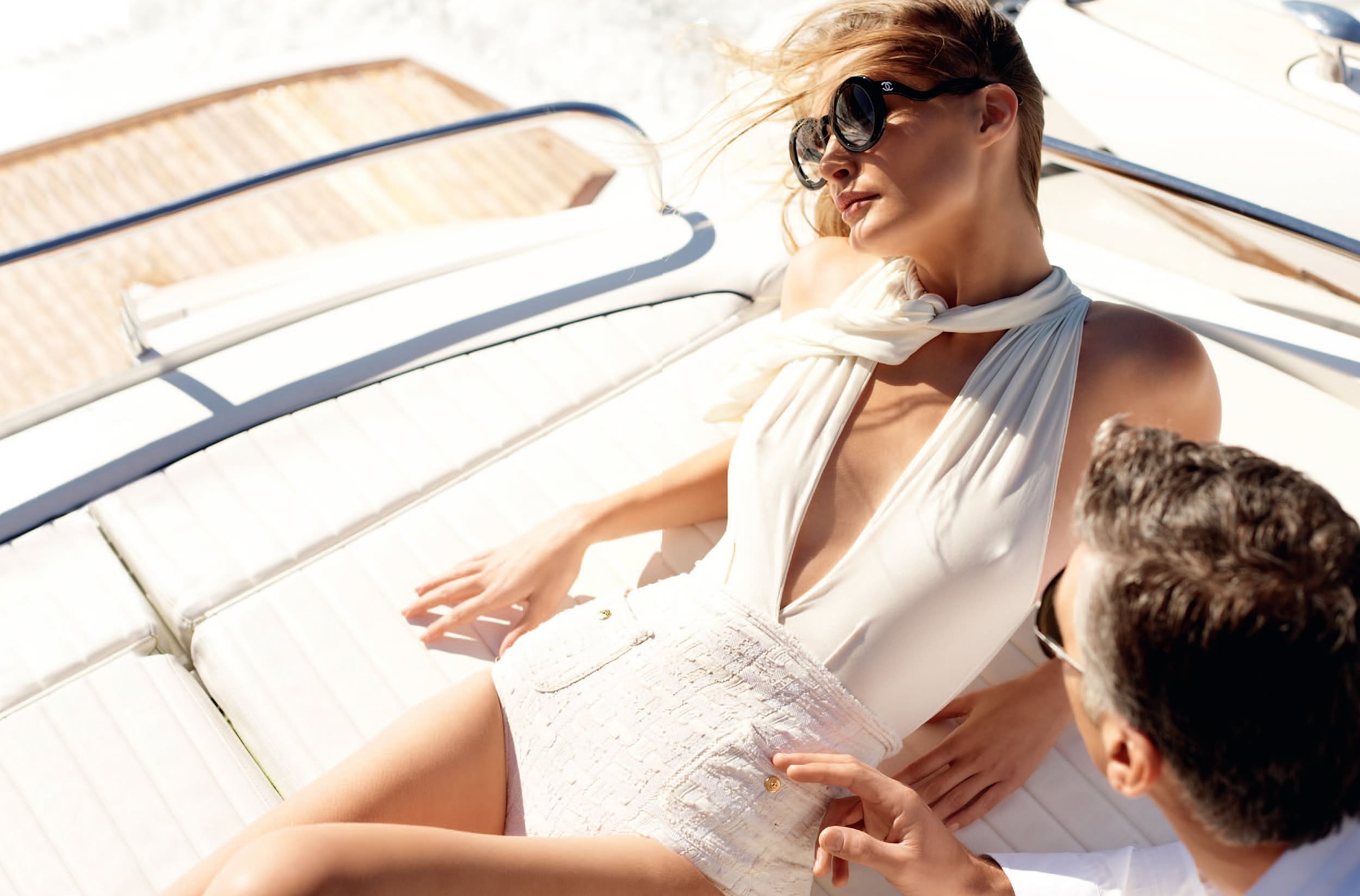 They’re the 20-something girls who travel firstclass, party like rock stars and showcase their five-star lifestyle on social media. But who’s paying? Jennifer Savin investigates

No matter how good my intentions are to read instead, my bus journeys always seem to end up the same way: with a thumb-cramping Instagram-scrolling session. There are certain people whose lives I frequently check on – like the ex who decimated my heart, and the quiet, bookish redhead I sat next to in English lit, who now has three squashy children. And then there are Instagram’s #yachtgirls. I know very little about these 20-something women – not their full names, nor where they live or what they do. But I have watched from afar as they dance on table tops in Mykonos, sunbathe on the bows of glossy super-yachts in the south of France or pose in front of bathroom mirrors in seven-star Dubai hotels. ‘Who are they?’ I wonder as I lick Cheese Curls dust off my fingers and zoom in on their bicycle-tyre lips and cantilevered bottoms, staring at the designer hauls that lie scattered on unmade hotel beds behind them.

Who are these women who appear not to pause for work, but instead f lit around the globe partying in the world’s most rarefied clubs and restaurants, stopping only to document their lavish lifestyle across social media? And how does a 20-something woman like me, whose last Instagram story was about eating dinner sitting on the floor of her rented flat because of a lack of furniture and funds, get in on the action?

‘There is a circuit for these girls,’ says Mariana, an expert on the subject. With waist-length jet-black hair and a Coca-Cola-bottle figure, she speaks with the sort of indecipherable accent that one can only describe as ‘international’. ‘It starts in May with the Cannes Film Festival, followed by the Grand Prix in Monaco, then Saint-Tropez for the last two weeks of July.’

Mariana is a 24-year-old translator whose father funds blockbuster movies and whose brother co-owns a fancy restaurant in Dubai with a sheikh.

As such, she is privy to the worlds these young women inhabit from May until early October. Ibiza opening parties, super-clubs in Mykonos, Sardinia and the Riviera, and tennis tournaments are, she says, prime hang-outs for these young, apparently gilded, Millennials.

‘Dubai is a hot spot as well,’ she adds. ‘It’s very lavish, with guys spending money on things you can’t even imagine. They remind me of Mexican narcos – buying exotic animals and gold-dipped guns, and paying thousands to women to party with them. Even my brother pays hot girls he finds on Instagram to go to his restaurants and post pictures. That way, his businesses become the “it” place to go – to be seen.’

To many, Instagram is no more than a harmless distraction where we post images of waggy-tailed dogs, artfully arranged salads and the occasional glass of wine balanced precariously on a railing of a balcony. But it has also become a kind of shop window for young, beautiful women to catch the eye of wealthy men, who – in exchange for their youth and pulchritude – will reward them with the sort of lifestyle available only to the super-rich.

Anthony London (his real name, he swears) is what is called a ‘luxury concierge’ – essentially a fixer for the one percent wanting to have a good time.

His company, Millionaires Concierge, will cater to his wealthy clients’ every wish, whether that’s getting a last-minute table at London’s hottest restaurant or commandeering a super-yacht for an impromptu party in Monaco. ‘Say a wealthy client suddenly comes to town. They’ll contact me to arrange their restaurant booking or stay in a top hotel, such as the Dorchester or the Bulgari in London,’ he says. ‘I’ll then use my accounts to secure the booking.’ But Anthony organises more than hotels and dinners for his clients: he can also arrange for them to party with the best-looking women in town. ‘I’ll book a table at wherever is cool and ensure 10 girls come along. All they have to do is look pretty and have a good time.’