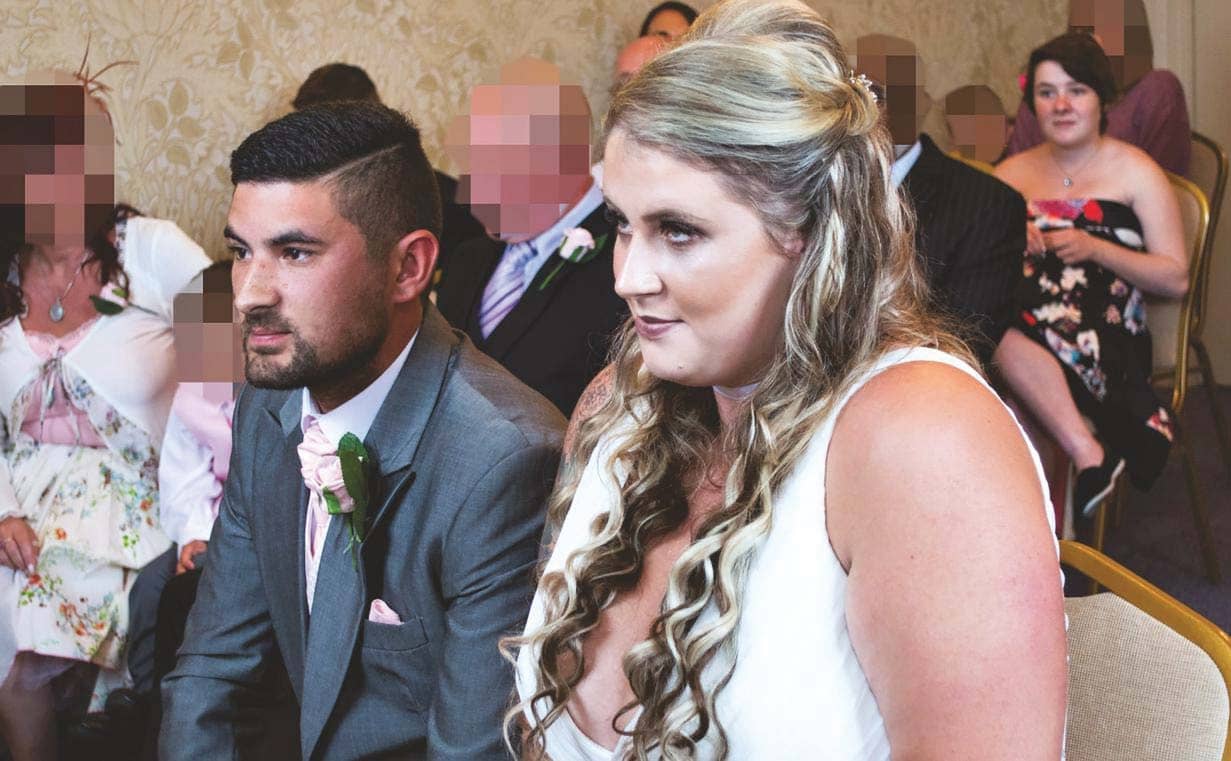 Two years on, my heart was broken. And someone knew why... Nikki Carter, 26, Immingham

Opening my eyes, excitement rushed through me as I stretched out in bed. Today’s the day! It was September 2017 and I was marrying the man of my dreams.

I was becoming Mrs Lewis Smith, a moment I’d dreamt of since we got together six years ago.

I thought back to when we’d met. Friends at first, but then our connection blossomed into something more.

Charming and thoughtful, Lewis, 29, was great with my son from a previous relationship, Elliot, then just 1.

So when I fell pregnant unexpectedly in December 2012, I was thrilled.

And on Christmas Day, Lewis had a surprise of his own.

‘Nikki, will you marry me?’ he’d asked, opening up a box to show me a beautiful ring.

The next nine months were a whirlwind.

When our son Brody was born in September 2013, Lewis was every inch the doting daddy.

With two boys to look after, we didn’t rush to book our wedding. ‘As long as I get to marry you, I don’t mind waiting,’ I’d grinned.

Planning a small ceremony, we didn’t want a fuss. Our guest list was a handful of our closest friends and family.

And here I was, almost five years since Lewis popped the question, about to tie the knot.

Walking into the register office, hours later, in my white gown, my eyes welled with happy tears as I saw my loved ones grinning at me.

It’d been lovely living next door to Jess. She was always there for a cuppa or a chat.

But truthfully, it was lucky they made the guest list. See, Lewis had hit it off with Jamie, but didn’t like Jess much.

‘She’s here again?’ he’d grumble if he came in and she was at ours.