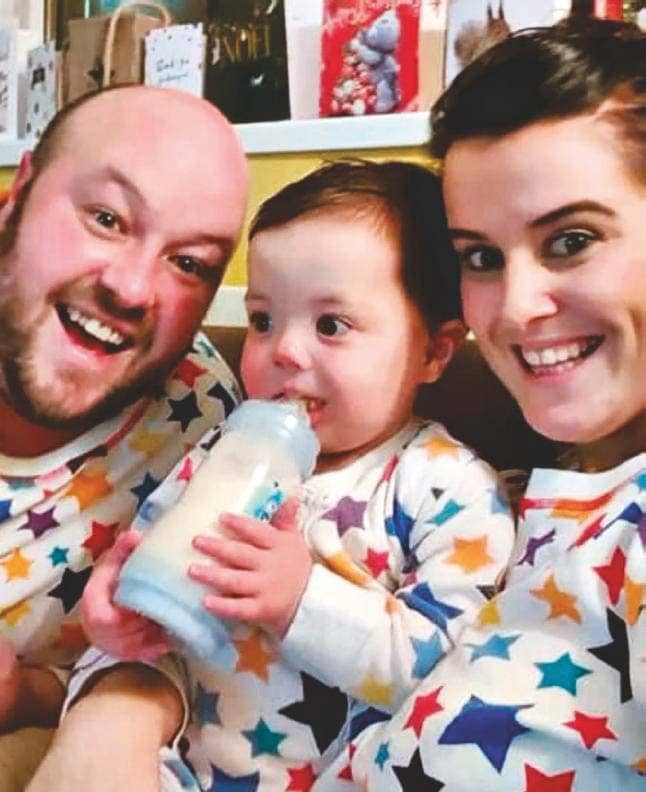 His good behaviour was a sign of something sinister

As my newborn son Theo snoozed in his cot, he didn’t as much as stir.

It was May 2017 and I couldn’t believe how lucky we were with him sleeping through the night.

Not our little Theo. But when Theo was just eight days old, I noticed his little lips looked blue.

‘Stick the heating on, will you?’ I asked Steven.

But minutes later, his lips were still tinged blue.

Ringing 111, I listed his symptoms – he was breathing with his tummy and his head was frantically going up and down as he breathed in and out, but at the same time he was lethargic.

Within minutes, they’d sent an ambulance. 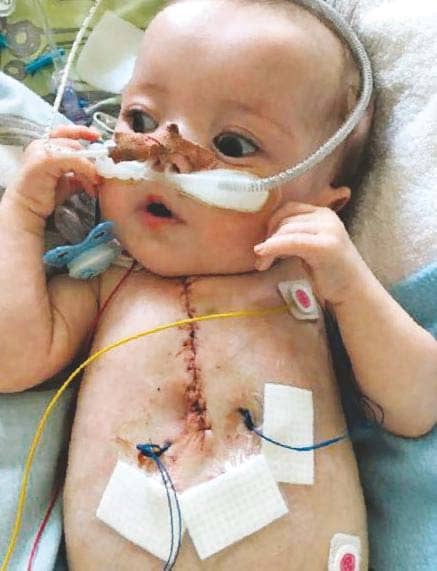 Taken to Salford Royal Hospital, we were shocked to find a team of 40 medics waiting for us.

Respiratory, sepsis, cardiac, were the words on a whiteboard on the ward.

A list of potential diagnoses from the symptoms I’d described over the phone.