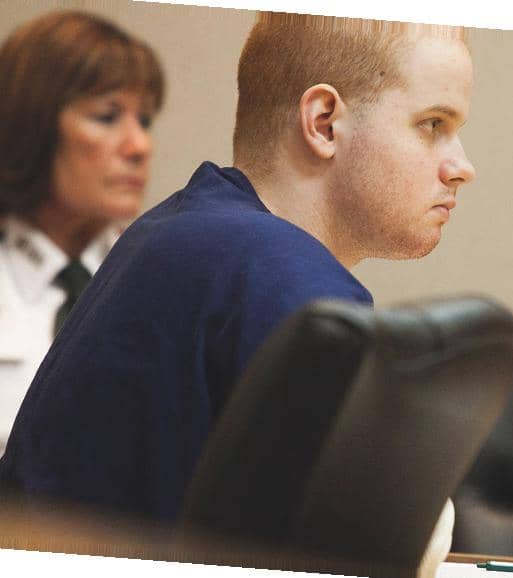 Melissa Dohme was stuck in an abusive relationship… and there was only one way out.

Opening the front door to her mother’s house in Clearwater, Florida, Melissa Dohme’s new boyfriend Robert Burton was standing there with a fresh bouquet of flowers.

She was 18-years-old and had met Robert in school.

To begin with, Robert was the most charming young man and would frequently turn up with flowers and chocolates.

The couple did everything together, and soon, they were madly in love.

But Robert had a difficult home-life.

For most of his childhood, he was passed between his mother and grandmother, depending on who had more tolerance for him.

Then, when his mother remarried and had more children, he became the family outcast.

Kind Melissa just wanted him to be loved and accepted, so he spent most of his time at her house, as her family home could be the safe place he needed.

Melissa’s mother had no qualms about this, as Robert was a kind and loving boyfriend.

But with a dream of becoming a nurse, Melissa dedicated 600 hours to volunteering down at the local hospital.

At first, Robert seemed supportive and proud of his girlfriend, but he soon became jealous and paranoid. Wanting her wholehearted attention, Robert began manipulating Melissa and guilt-tripping her into spending time with him.

He would criticise her every move and would call her nasty names such as ‘stupid’ and ‘dumb’, as well as branding her a ‘bitch’.

Melissa knew that Robert hated the fact she was succeeding ahead of him, and so it wasn’t a relationship she could stay in.

So, one night after a string of abuse, Melissa finally decided to call it quits, but Robert threatened to kill himself.

Stuck in an impossible situation, Melissa reluctantly agreed to give Robert a second chance to prove himself.

After all, despite his behaviour, she did love him.

Melissa hoped that the near break-up would be enough to persuade Robert to change his ways, but things only got worse.

For the next two years, as the pair prepared to graduate, Robert’s jealousy took over his every thought.

He would constantly put her down and tell her she was not good enough, but whenever she tried to leave, he would threaten to kill himself.

Stuck in an unhappy relationship, Melissa had no one to turn to.

On the face of it, Robert still played the charming boyfriend, but her mother had no idea what was going on right above her head.

Then, out of nowhere, Robert’s abuse took a turn for the worse.

In an act of rage up in her bedroom, he grabbed Melissa round the throat and strangled her as hard as he could.

Eventually, when her body was too limp to fight back, he let go.

‘If you tell anyone about this, I will kill you, and your mum, too,’ he told her.

Melissa had no idea what to do and fearful for her life, she decided to stay quiet.