Conned by a bigamist 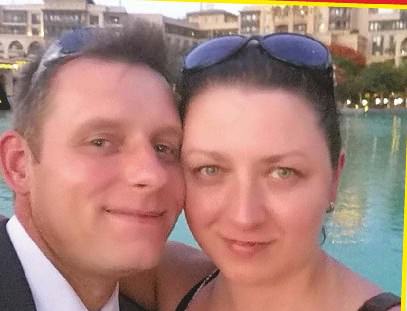 My Dream Man was a dirty rat.

A blaze of neon lights illuminated our path as we sauntered hand-in-hand through London’s Leicester Square. It was November 2013 and, after enjoying a Thames river cruise earlier with my boyfriend Simon Crudgington, we’d gone on the London Eye.

Now, he’d brought me back to the very spot where we’d shared our first kiss six months earlier.

I’d met Simon in May 2013 at London’s Genting Casino, where he’d been a manager and I’d worked as a waitress.

‘Could you work a double shift?’ he’d asked, flashing his melting blue eyes.

Blushing, I’d agreed, and he’d joined me and a group of workmates afterwards for a few beers.

Then he’d suggested we walk around London.

And, as we did, Cupid’s arrows pierced my heart.

Ex-army, he was three years my senior – kind, interesting

‘I’m married,’ he’d admitted. ‘We split up last year and I’m trying to get divorced.’

But I didn’t care about his wife, as long as they were over.

Reaching Leicester Square, Simon leant in and kissed me.

Afterwards, he spent the night at my flat and we became inseparable.

Just three weeks after meeting, we were working and living together.

Now, as we returned to the spot where our romance started, Simon said he had a surprise for me.

‘Monika, will you make me the happiest man alive and be my wife?’ he asked, dropping to one knee.

When the excitement subsided, a twang of anxiety prickled.

Only Simon hadn’t formalised his split from his first wife, Elizabeth.

‘You need to get divorced, Si, so we can do all this stuff,’ I said.