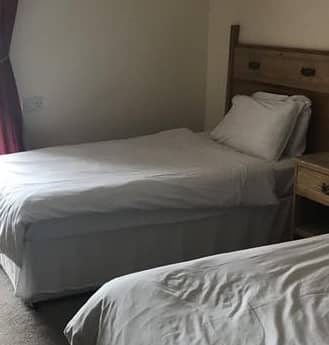 Ademonicentitytriedtokill entity tried to me - then I discovered it can never be exorcised Paul Longstaff, 68, from Middlesborough

It looked like an ordinary kid’s bedroom with a couple of single beds, brightly colored curtains at the windows. But the minute I set foot in the room I knew – something in there was anything but normal.

The couple had been plagued by paranormal activity, including objects flying off shelves and floating across rooms.

Even worse, whatever was tormenting the family seemed to be targeting the couple’s 11-year-old son.

On one occasion, on, the child’s mattress had been flipped over by an unseen entity, throwing the petrified youngster against the wall.

His panic-stricken parents had previously asked another paranormal investigation team for help. Dark entity: The group had held an exorcism in the child’s bedroom but the ritual had just made things worse.

Determined to get to the bottom it's the fate of the scary happenings, my group and I went to the house in the autumn of 2001.