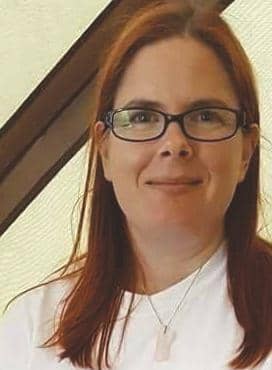 I was attacked by a rapist’s ghost Karen Fray, 37, from Evesham, Worcestershire

The unused and empty room had a creepy atmosphere. As a medium who’s investigated haunted buildings for two years, I’m used to strange events.

But even so, I felt unusually on edge as I set up the spirit board in the deserted room in the cellars of Smethwick Baths, in Birmingham. There was a heavy presence in the place, I could sense it very clearly - and that was before I’d invited in the spirit world.

As I made sure everything was in place on the table ready for the séance, I felt a firm pinch to my bottom. Immediately, I whipped round and spoke to the person nearest to me.

‘Did you just pinch my bottom?’ I asked Daisy, feeling slightly annoyed.

Daisy was one of the other eight ghost hunters on the evening event. She looked at me, clearly very confused.

Of course, I had to believe Daisy - why would she lie?

‘Oh, well,’ I said, shrugging my shoulders. ‘It was probably just someone messing about, playing a joke.’

True, it wasn’t a very funny joke. But I had more important things to focus on right now.

Me and my fellow ghost hunters were there to investigate the building’s many reported ghosts this was a few years ago, before the premises were renovated.

When it was built in the 1930s, 300 bodies were found in a Mediaeval plague pit under the reception area. They’re still there! Now a leisure centre, the art deco building was once a music hall - and, unsurprisingly considering what’s under it, it’s said to be home to a whole host of spooks.

But I like to go into all of my investigations blind so at this point I didn’t know anything about the building’s history or ghosts, only that the cellars had a reputation for being spooky and haunted.

Earlier, when I’d been walking through the labyrinth of tunnels underneath the swimming baths, I’d felt a strong presence.