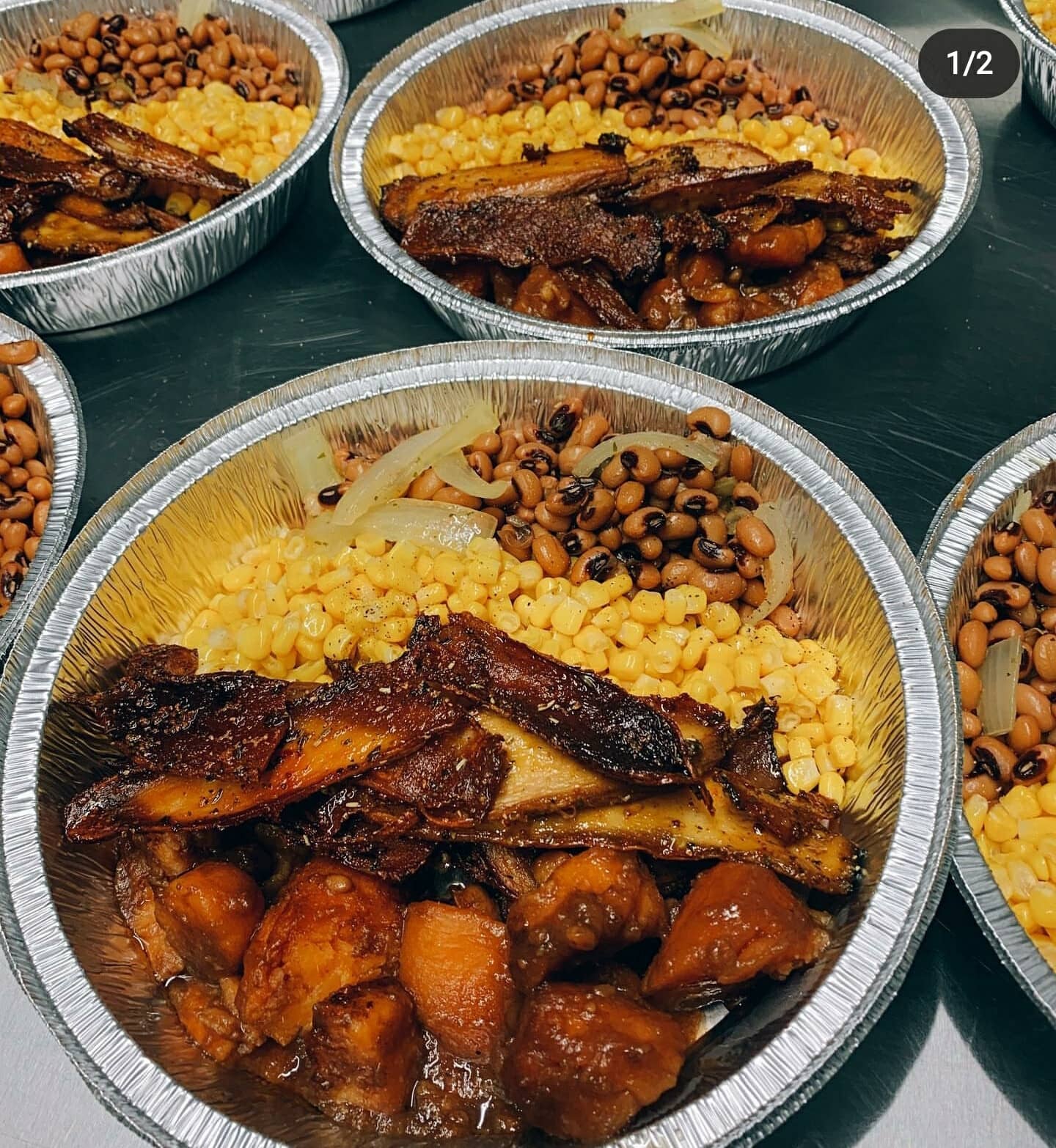 A HEALTHY BITE OF NASHVILLE

Nashville, the home of some of the best BBQ in the nation, is embracing a new wave of veganism and Mariah, owner of Radical Rabbit, is riding it until the wheels fall off. Radical Rabbit is a company that provides tasty and healthy vegan soul food plates at pop-ups and events across Nashville, Tennessee. Radical Rabbit, a dream that began in a dorm room, aspires to introduce an all-natural and crueltyfree lifestyle to the minority community in Nashville for health benefits and social awareness of veganism.

Here's what Mariah had to say on how she got started…

I started cooking in my dorm when I was attending University for business and art and I had no idea that I wanted to cook.

I lived in a dorm room with no kitchen, so I sneaked in a hot plate. I wanted to do it [sell vegan plates] then and there, but I guess I wasn’t ready. I graduated, then had my kid shortly after, and then I just started it back up. I started cooking again and discovered that I had a real passion for it.

I was a vegetarian [before]. I studied PETA, People for the Ethical Treatment of Animals, while I was in college and I was also doing black activism. I guess I had a spiritual awakening that included veganism and the liberation of not only people but animals. I have been vegan for about 4-5 years now.

I watched 12 Years A Slave in my dorm room and I had a connection like ‘wow, this was done to my people back in the day’ and I just kept thinking about animals and their situation and how they’re living in hell every single day. Angela Davis visited the campus and she was saying how she’s vegan because she can’t say that she just wants our people to be free if there are also other things, living things, on this earth that are in hell because that would be hypocritical.