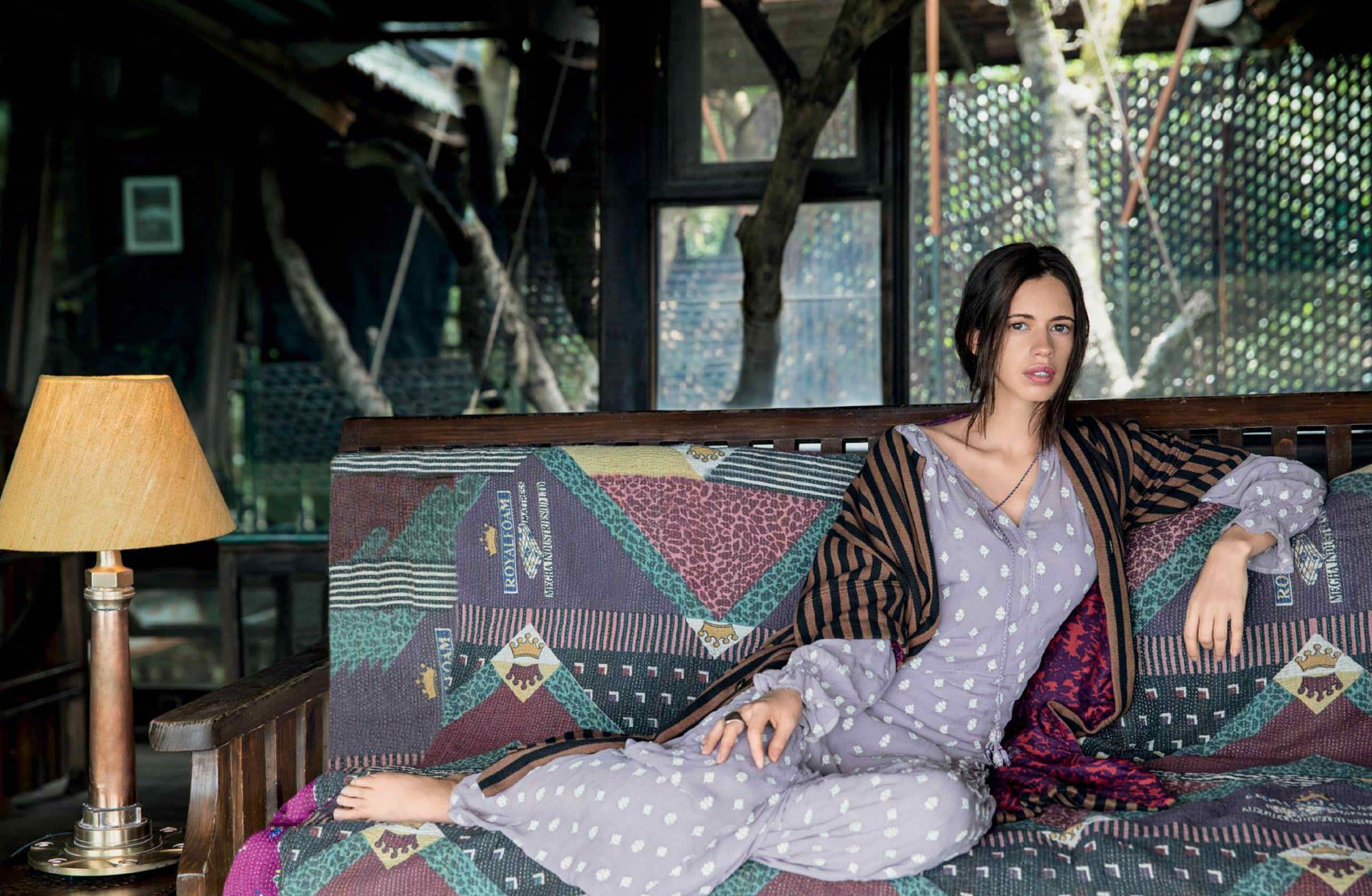 Wearing Her Celebrity Status Lightly, the Actor Talks to Bhg About Indulging Her Outdoorsy Spirit, the Importance of Speaking Up About Issues That Matter, and How She Is the Undiscovered Meg Ryan of Indian Cinema.

Meghna Menon
It’s no hyperbole that Kalki Koechlin is nature’s child. Hailing from scenic Puducherry, where her home lies in the middle of a coconut field and where her eternal love for the sea was sown (so much so that she doesn’t travel without her swimsuit or sarong), she grew up in Ooty where she learned to pitch tents, make a fire and kill a chicken (which was “most traumatic”). When not shooting, Kalki can be found trekking, surfing, swimming or horse riding in places like Mudumalai in the Nilgiri district, and Kamshet, Pune. No wonder then that when we shot with her at The Machan, a lush jungle resort in Lonavala, Kalki seemed at home in the surroundings, often slipping out of her shoes to walk barefeet around the property.

“Being outdoors puts things into perspective,” she says. “We’re all in our own world of problems— being outdoors makes you stop focusing on yourself so much. Besides, you must keep getting out of the madness, don’t you think?” That might explain her giddy wait for an all-girls’ trip to the Dead Sea next month, where they will be camping and staying next to the hot springs, but that’s not before she’s wrapped up a hectic shoot schedule and promotional events. At the time of going to press, her latest movie, Jia Aur Jia—a film with Richa Chadha about two namesakes on a life-changing road trip—was a few days away from hitting the screens, while Ribbon, an emotional journey of a young couple tackling life’s problems, releases this month. The 33-year-old is also filming her second movie with Konkona Sen Sharma (Scholarship, on the rich-poor divide in India), and a web series with Zoya Akhtar (Made in Heaven, on big, fat Indian weddings and how they go wrong), besides having given a fantastic performance in A Death in the Gunj and Mantra, earlier this year. “I’m in a zombie state these days. But I really shouldn’t complain—I’ve had more releases than Akshay Kumar this year,” she says with a laugh. This laugh is, in fact, interspersed throughout the interview, giving one a peek into the mischievousness that draws people to Kalki.