The Women Shaking Up America 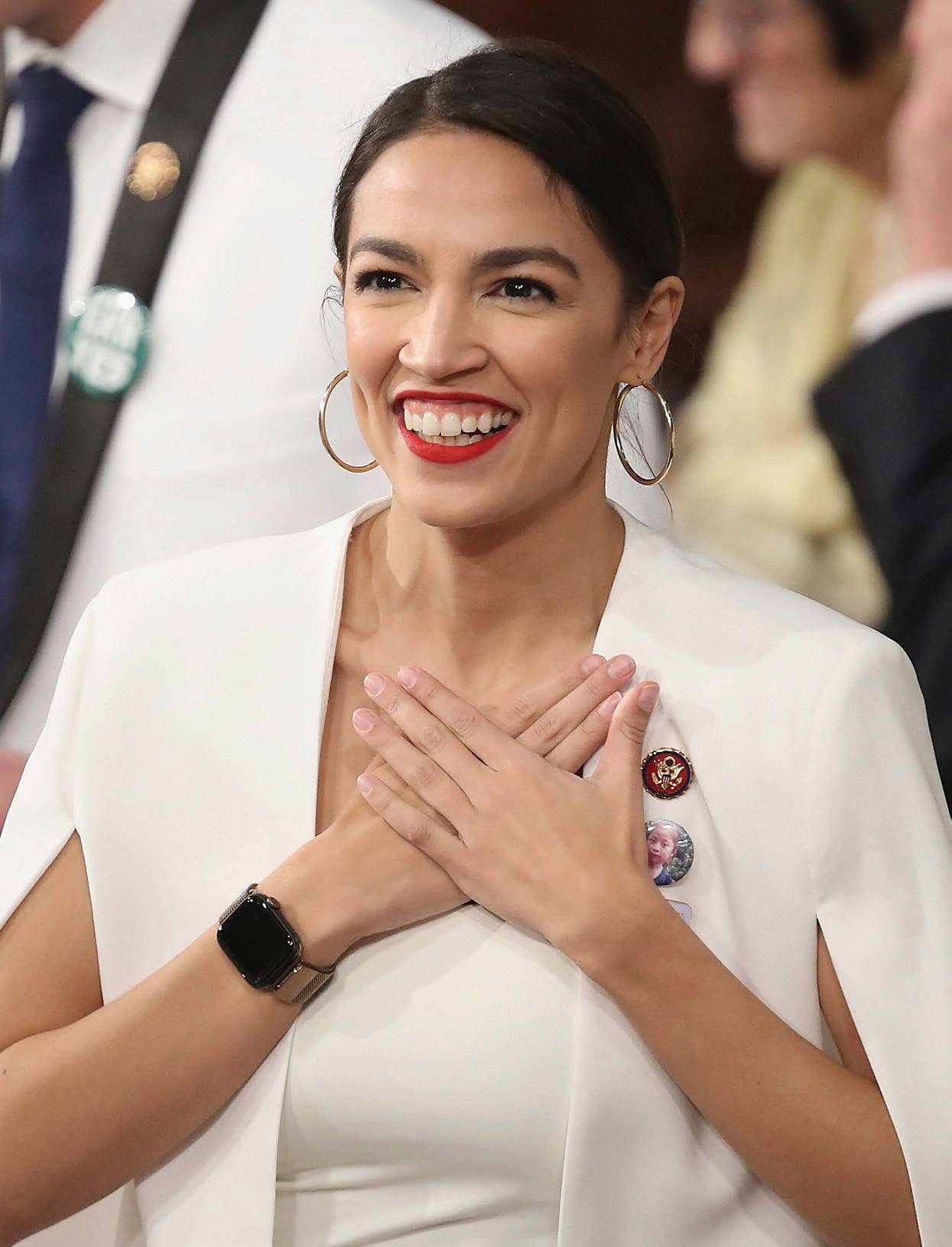 A record number of women have been elected to the US Congress, with Muslims and a Native American among them. Nick Bryant investigates the female-led revolution.

She has arrived in Washington with the force of a tornado, a whirlwind presence who, even before touching down on Capitol Hill, had shaken up the political establishment. Less than two years ago, Alexandria Ocasio-Cortez was tending bar and serving tables in a Manhattan taco and tequila bar. Now this 29-year-old has become the youngest person ever to win election to the United States Congress.

America is used to seeing celebrities become politicians – Ronald Reagan, Arnold Schwarzenegger, and most recently, of course, Donald Trump. But Ocasio-Cortez has reversed that process. She’s a politician who has become a celebrity. In a measure of her star power, this daughter of The Bronx is now known simply by her initials, AOC.

In 20 years of covering US politics, I have never witnessed a new arrival in Congress make such an immediate splash. It has delighted her admirers on the left of the Democratic Party – AOC describes herself, unapologetically, as a “democratic socialist” – and seemingly inflamed her conservative Republican detractors. On the eve of her swearing in as a congresswoman, apparently in an attempt to smear and shame her, opponents leaked a video showing her dancing playfully on a rooftop during her student days in Boston. “Here is America’s favorite commie know-it-all acting like the clueless nitwit she is …” read the tweet from an anonymous account that introduced the film clip. But this attempt at sabotage boomeranged. Her dancing, re-enacting moves from the movie The Breakfast Club, quickly became a viral sensation.

The next day, AOC followed up by manufacturing her own meme, a clip showing her dancing in Washington’s corridors of power, her trademark smile spread across her face. Not only did it show her cheeky sense of mischief, but also her social media smarts. When she posted the video on Instagram, it accumulated over 3.5 million views. Her Twitter account, with more than 2.5 million followers, is generating more activity than those of Barack and Michelle Obama, Hillary Clinton and a host of Democratic presidential wannabes combined. No wonder she’s been called the first political icon of the millennial generation.

Alexandria Ocasio-Cortez has become the most recognisable face of a political revolution that unfolded in last November’s congressional elections – a revolution that’s brought a record-breaking number of women to Capitol Hill. Now there are 131 female members in the House of Representatives and Senate. Back in the early 1990s, there were just 32. These “congressional freshmen”, as they’re still labelled in old-fangled Washington, include the first Native American women to serve in Congress and the first Muslim women. Arizona sent its first openly bisexual Senator to Washington. The “good ’ol boy” state of Tennessee now has its first female Senator.

So, in January, there was a carnival feel when the new Congress met for the first time, with women clumped together on the benches posing for celebratory selfies. In honour of The Suffragettes, AOC wore a white pantsuit. Rashida Tlaib, one of the first Muslim women elected, dressed in a Palestinian thobe, a kaftan-like garment. Ilhan Omar, another Muslim and the first Somali-American to be sworn in, donned an orange and gold hijab. Debra Haaland, one of the first Native American women, wore indigenous jewellery and intricate embroidery.

The power of Pelosi