'My big year of change

Turning 70 has made Peta Mathias more determined than ever to chase new adventures. She tells Emma Clifton about the joys of village life in France, her cure for loneliness, and vows 2020 will be another year of reinvention.

Emma Clifton
If you’re Peta Mathias, and you’re turning 70 while travelling through a variety of beautiful parts of the world, you’re not going to limit yourself to just one birthday cake, are you? At the tail-end of last year, Peta enjoyed a month-long birthday celebration that took her from her home in Uzès, France, all the way to her home in Auckland – via a 10-day gourmet tour she led through India. The cake count stands at around 14: there were three macaroon-flavoured cakes presented at a party in Uzès, decorated to perfection and in the shape of a “7”, a “0” and a great big heart. In Rajasthan, the local tour manager insisted on a cake and celebration – complete with singing – every single night. And then back home in Westmere, Auckland, there was a two-layer lemon meringue creation by her good friend and fellow chef Julie Le Clerc.

“I’m looking on it as a milestone in my life, I am not looking at it as slowing down or retiring or anything at all like that,” Peta says, sitting in the sunny lounge of her Auckland home. “I’m making a resolution to myself that this is the year I’m going to make changes.” 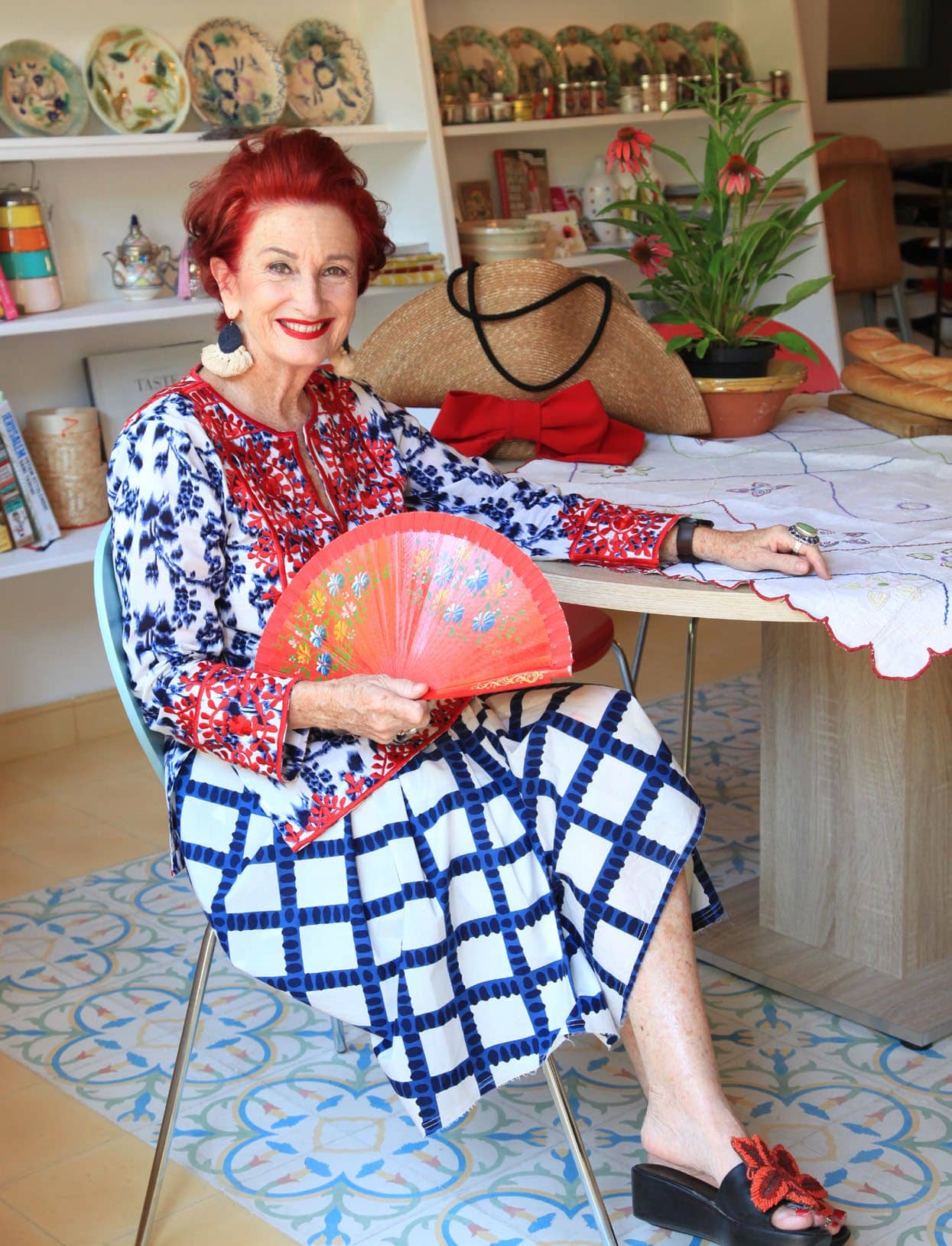 To live a creative life, Peta says, is to live a life of reinvention. She has no idea what her next direction is, but change is not something that intimidates her. “If anything,” she grins, “I’m addicted to it.” The holy trinity of stability – family, home and career – were never the pot of gold at the end of the rainbow for Peta. But one aspect that has remained a constant is her dual life between New Zealand and France. Her love affair with France started in her 20s and never wavered. She has lived there on and off ever since. For her Australian Women’s Weekly cover shoot, our photographer was lucky enough to visit her during a roasting hot summer. She started leading cooking classes in France in 2013, always in rented places, meaning an unfamiliar kitchen every time. And so began the idea of creating a permanent home base in Uzès, the sun-soaked medieval village with a population of just over 8500. Now here she is – happy in her vibrant home. Yes, Peta has always liked to be surrounded by colour. “Colour makes you feel alive, it makes you feel happy. I do understand people that like to wear black… I’m just not one of them.” But she is also meticulous about not allowing her collection of bright collectables to turn into clutter – an uphill challenge, you might imagine, for someone who spends about a quarter of each year travelling. “I’m very strict,” she says. “I don’t want my houses to look like junk shops. And because I live two separate lives and have two separate houses, I have to keep things down. As you get older – and I remember my mother saying this – you want to get rid of things. And having an uncrowded house is very good, mentally. Because if you’re surrounded by mess, you’ve probably got a messy brain.” 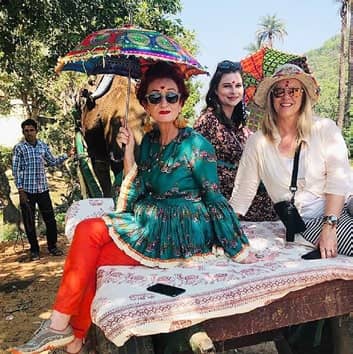