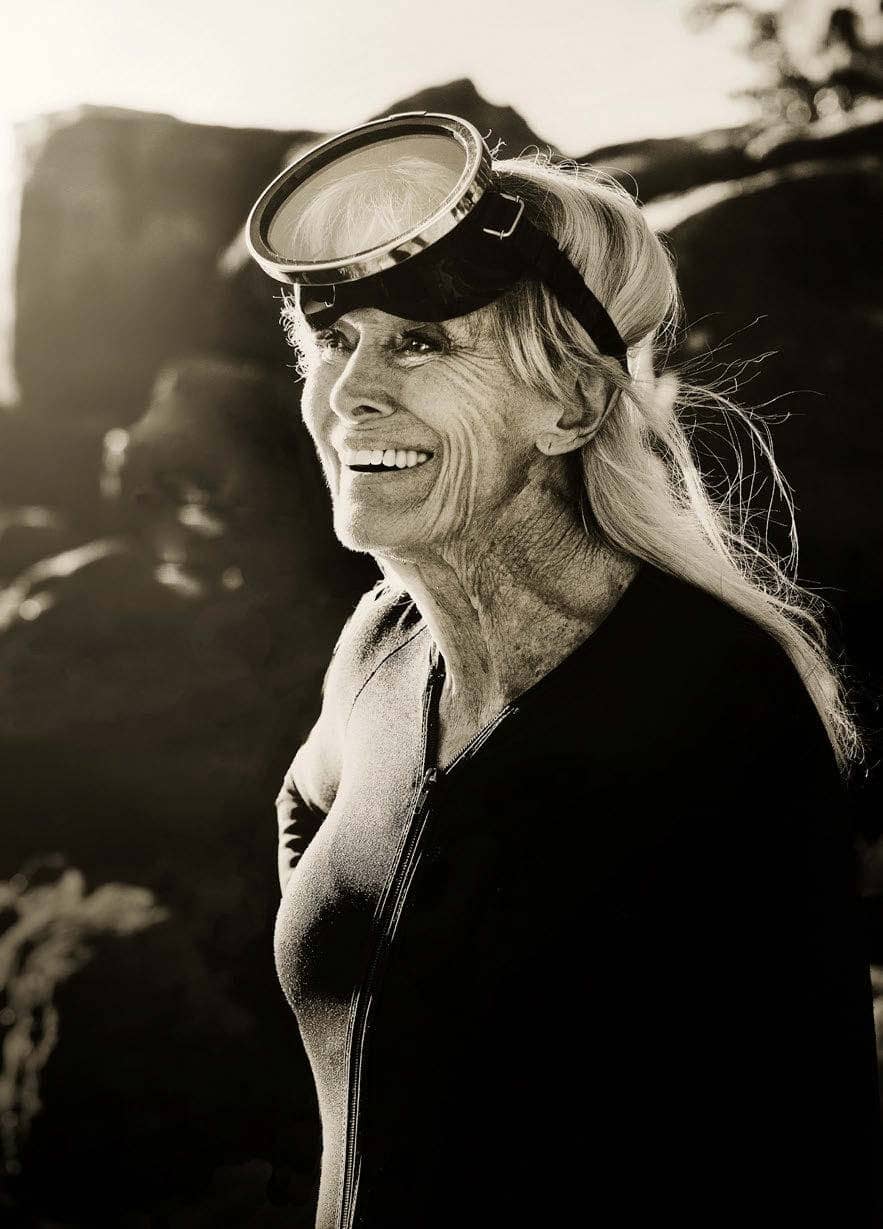 At 83, Valerie Taylor has survived close encounters with the most dangerous sharks on the planet but she brushes them off as mere trifles. Valerie’s most terrifying encounter, she reveals exclusively to Jenny Brown, was with breast cancer.

In the beginning, there were seven other women in the Sydney breast cancer clinic with Valerie Taylor. They endured fear and pain side by side, swapped stories, shared secrets and encouraged each other through the awful side effects of chemotherapy. As time passed, they continued to meet for lunch or coffee while their numbers gradually, inexorably dwindled. Ultimately, only two of them were left. And then, sadly, Valerie became the sole survivor of their friendship group.

Aged 50, the vibrant Australian diver renowned for swimming with sharks had taken on humanity’s most pitiless predator – cancer – and lived to tell the tale, despite the direst of medical predictions.

“I was told I had only a 25 per cent chance of surviving,” says Valerie, now 83 and revealing her cancer struggle for the first time after more than three decades. “The doctors thought I wouldn’t make it, but I knew I would.

“It’s peculiar because the other seven women in the clinic had a better prognosis than me, yet they all died. One by one they dropped off until there was just the two of us. I asked the other lovely woman, Liz, not to tell me if her cancer came back. But she did.”

Valerie’s pale aqua eyes fill fleetingly with pain as she gazes towards Sydney Heads, the harbour an unwrinkled blue expanse on this sparkly winter day. There’s a telescope prominently placed on the balcony of her waterfront home – “I like to watch the ships coming in and out” – beside huge pots of lush cymbidium orchids in full bloom. Newly returned from an underwater safari in Fiji, the veteran filmmaker, marine pioneer and environmentalist is vigorously, triumphantly thriving like her plants. Or the Queen, who is the person she most admires. Old age is a bonus, having cheated breast cancer – and let’s not forget three severe shark bites, four “if you count the one that didn’t bleed” – in the face of an almost fatal misdiagnosis. 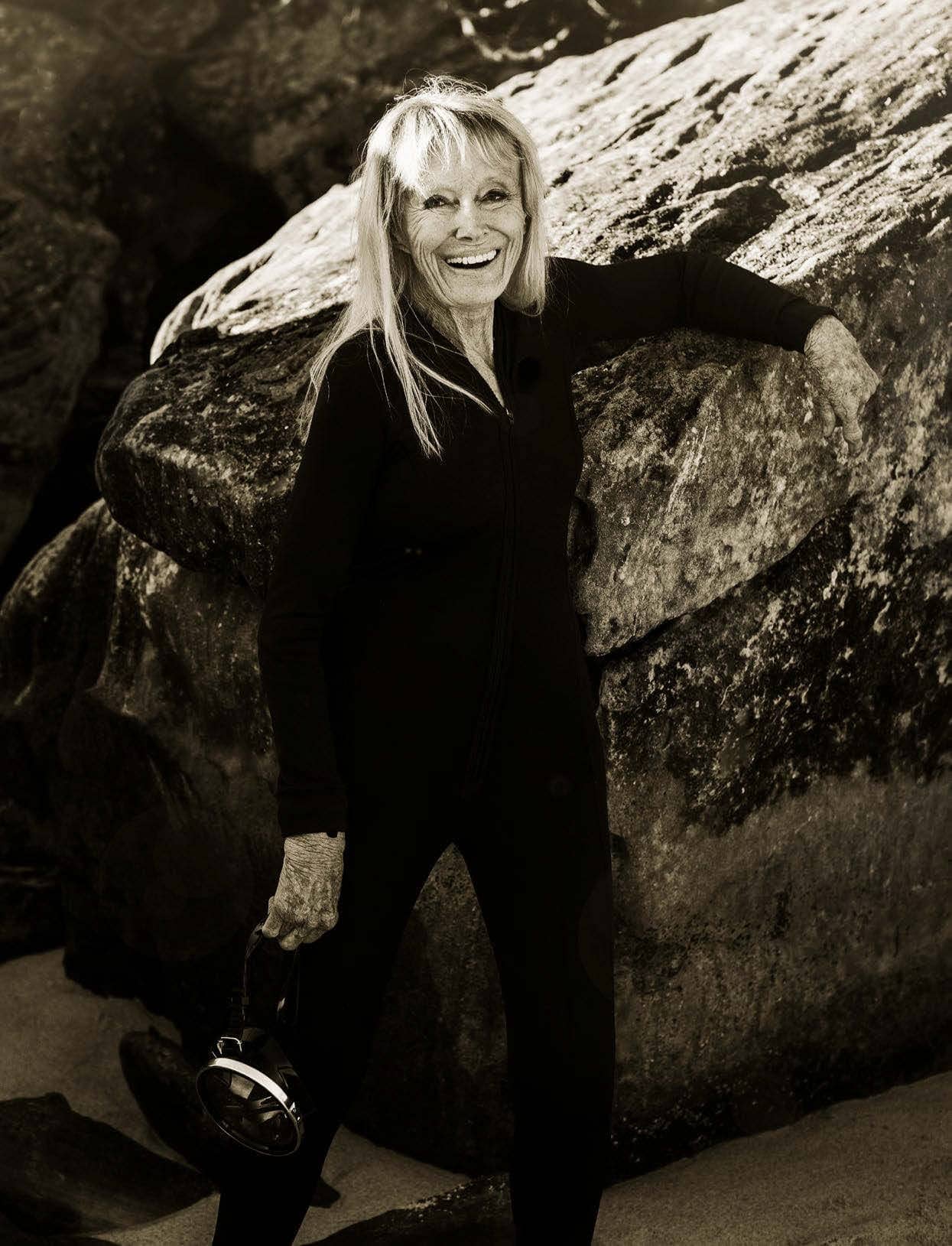 The way Valerie tells it, in her new memoir An Adventurous Life, she visited her GP 11 times, and a leading breast specialist four times, after a mammogram disclosed a growing lump in her left breast. She was sure it was cancer, but for two years doctors told her it was simply mastitis. The seagoing explorer was worried, but most of all she was angry. “I think I was being used as a guinea pig. I’m sure of it actually,” she says, visibly infuriated. “In the end I couldn’t handle the unpleasantness any more. I saw another doctor’s surgery and walked in off the street.

“The receptionist asked if I had an appointment.” Valerie chuckles, still amused by the woman’s temerity. “I told her I didn’t, but I wasn’t leaving. So I saw the doctor, who told me that in his opinion, I had a malignant tumour and should see an expert straight away.

“Of course I was pretty upset. And then he named the great specialist I’d already visited four times, who had told me I would die of old age before I died of cancer. No way! So this poor GP, who didn’t know me at all, reached into his rubbish bin and pulled out a flyer from a woman who was just starting a breast cancer practice.

“They operated two days after I saw her. In those days, back in the 1980s, they took everything – both breasts, all of my lymph glands, everything.” She pats at her chest, snug in a pale lilac sweater, explaining how her radical mastectomy was followed by six months of chemotherapy and counselling to combat the intense anger she had felt over the initial misdiagnosis. 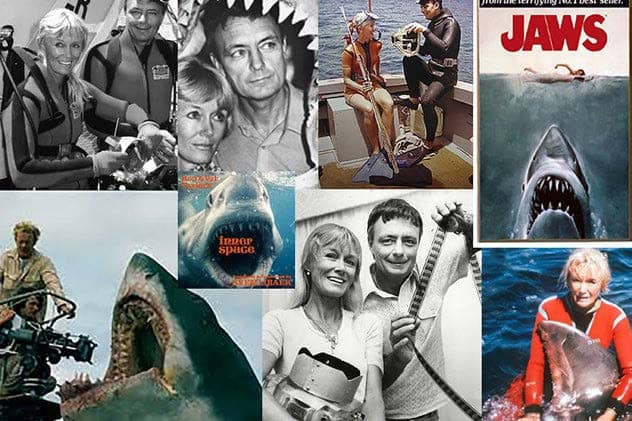