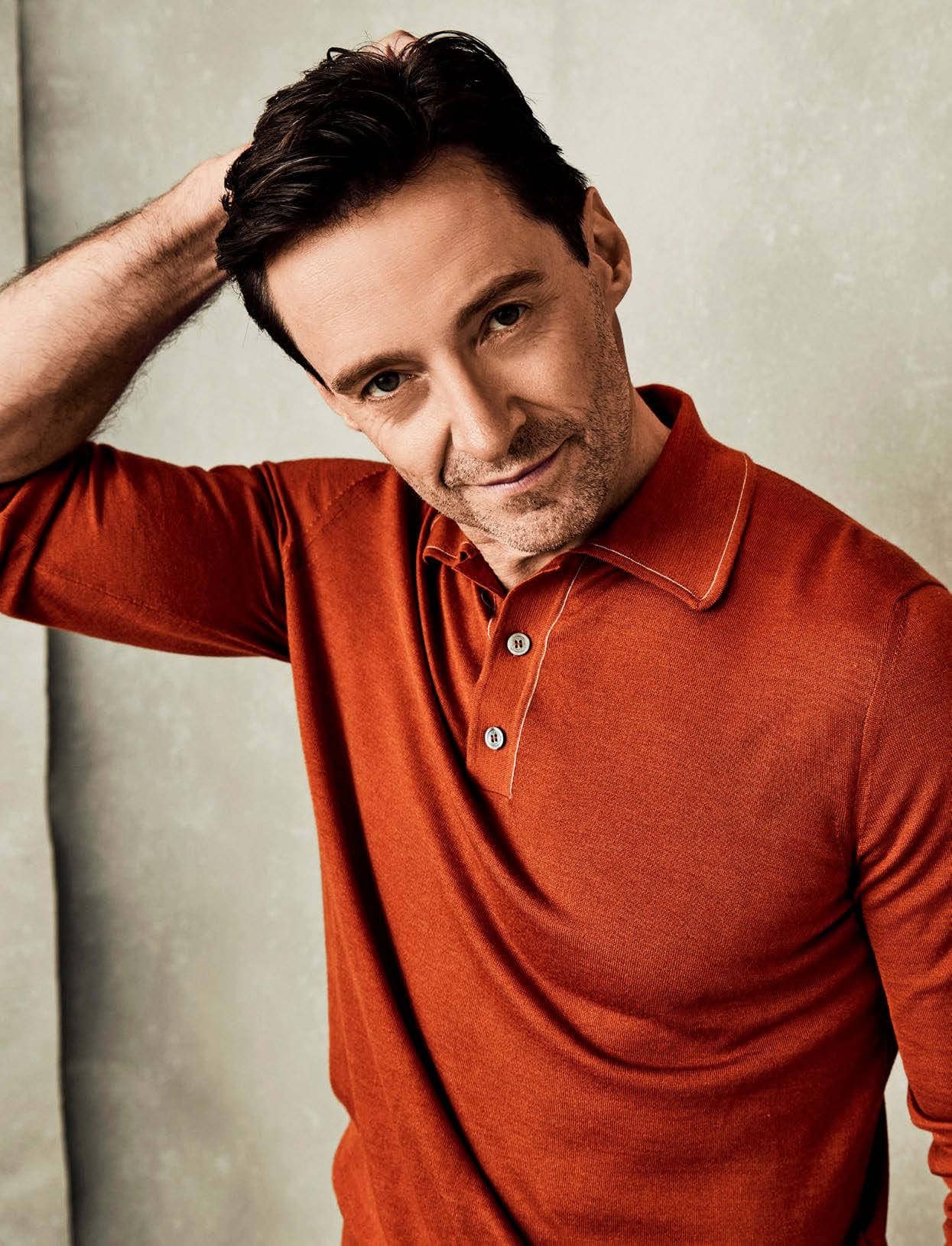 Hugh Jackman is at the top of his game. Yet, as Michael Sheather reports, if not for his wife and family, he might be a completely different guy.

Hugh Jackman pushes the elevator call button. The lift doors open. Four women stand inside the lift looking out at the tall, handsome man looking in. Their mouths fall open in shock. They start to blush and giggle, more like teenage schoolgirls than middle-age matrons. Hugh steps into the lift, smiling fit to bust.

Unable to resist, one of the women leans in, asking in a soft-spoken voice, “Are you really who we think you are?”

“Well,” replies Hugh, leaning down so that the woman can hear him. “I’m not sure who you think I am. I hope it’s someone nice.”

“We think you might be that singing and acting bloke, Hugh Jackman,” replies the woman.

“In that case, you’re right. That’s who I am. Lovely to meet you, and I hope you ladies are having a wonderful day.”

“We are now,” quips one of the women from behind her hand. “Wait till we tell everyone we shared a lift with the Wolverine man.”

At 50, Hugh Jackman is nothing if not charming. This is a man worth an estimated $150 million, at the very top of his game as a box office drawcard around the world, the star of a dozen smash-hit movies, a genuine A-lister if ever there was one. Yet he still speaks to his myriad fans as though he is chatting in the supermarket checkout line.

Hugh Jackman, by far the most successful Australian male star to make it in Hollywood in the past 30 years, is much more than the classic triple threat. Yes, he can act, dance and even sing, but there’s something else about him that not only catches the eye when he walks in a room, but insists you lock on and pay attention.

It’s that indefinable star quality that 1930s Hollywood producers once waxed lyrical about – call it charisma, call it charm, call it straight out sex appeal if you like. It’s all those things and something more – Hugh is a down-to earth good bloke, which also makes him something special in Hollywood, a town where you need to be special just to get out of bed in the morning.

And when you meet him, that warmth is genuinely on display. He is quick to laugh, quick with a handshake and an open smile. There’s no Tinseltown pretence about Hugh.

He has, of course, proven himself as the consummate entertainer many times over. You only need look at his versatility in roles from the hugely successful Wolverine movie series, to Jean Valjean in Les Misérables, and even his 2017 turn as P.T. Barnum in The Greatest Showman, which grossed an astonishing $620 million.

Now, he’s taken that wealth of entertainment experience and garnered it into a stage show – The Man. The Music. The Show. – which is coming to Auckland in September and will feature songs from Les Mis, Greatest Showman and even a few tunes from The Boy from Oz, the transformational musical hit Hugh took to Broadway.

But the foundation of Hugh’s success is not just his unbridled talent. Underpinning it all is his rock-solid relationship with his long-time partner Deborra-lee Furness, the 63-year-old award winning actress he met and almost immediately fell in love with on the set of the Australian crime drama, Corelli, in 1995.