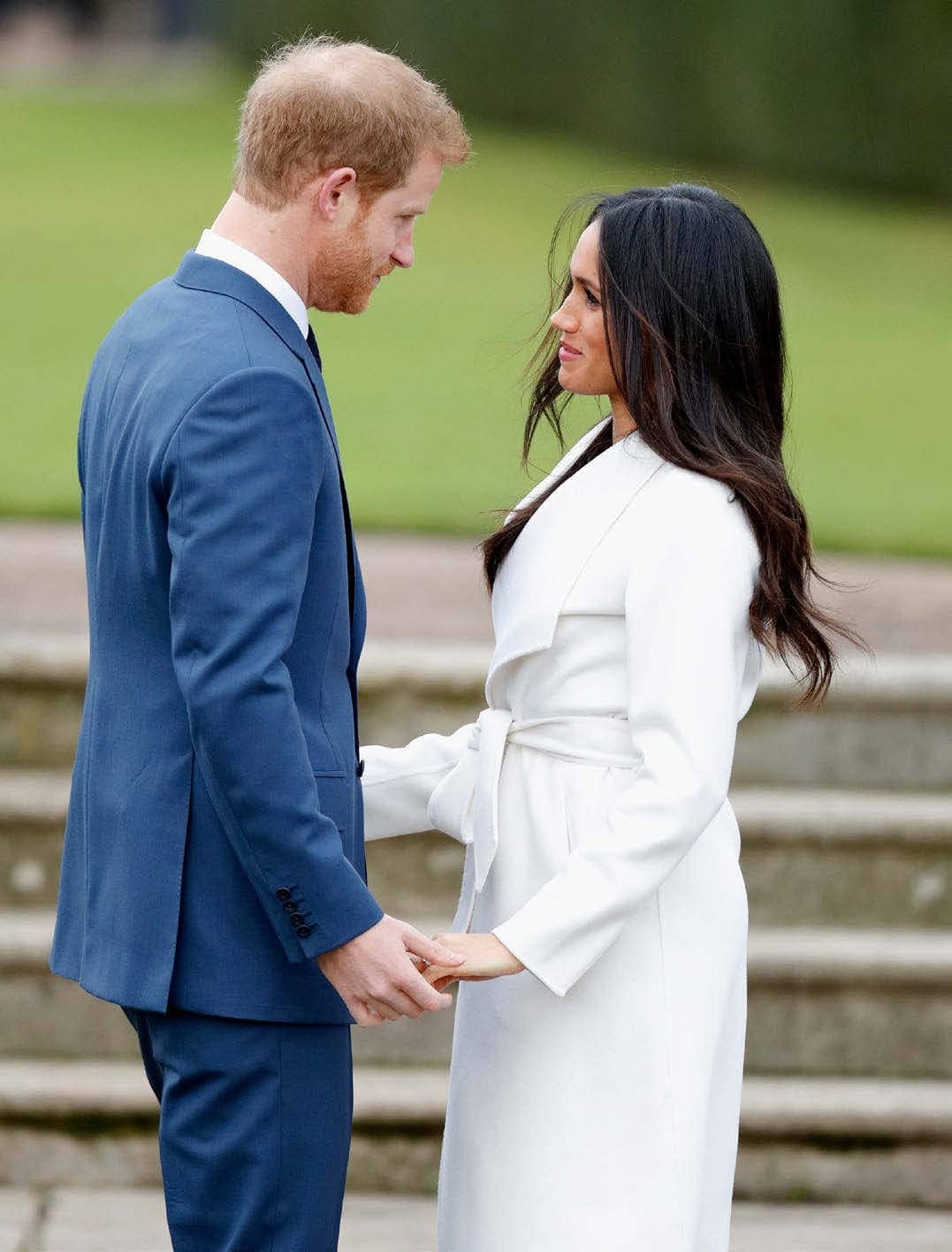 The authors of the explosive Harry and Meghan biography, Finding Freedom, tell Juliet Rieden how they uncovered the truth behind the headlines and why friends and aides were at such pains to set the record straight.

Two weeks before it went on sale, Finding Freedom was already an Amazon UK bestseller just from pre-orders and, thanks to sneak peek early media extracts, the most talked-about the royal book since Andrew Morton’s 1992 Princess Diana biography. It’s one of a glut of exposés about the Duke and Duchess of Sussex, but from the moment it was first announced, the authors – reputed and seasoned royal reporters Omid Scobie and Carolyn Durand – have been besieged. For while the heady romance of the union between Prince Harry and US actress Meghan Markle and their subsequent explosive split from the House of Windsor is innately fascinating, the most urgent issue for royal watchers has been the provenance of the book’s narrative.

With no sight of the whole text, commentators declared that the Duke and Duchess must have been personally involved, that Finding Freedom is in reality a thinly veiled platform for the couple to put their side of what has become a fiercely contested story. Many erroneously suggested that the authors had worked with the couple in much the same way Prince Harry’s mother had co-operated with author Morton for Diana: Her True Story.

But when I talk exclusively to Omid Scobie from his base in London and Carolyn Durand, who is currently residing in the US, they are both adamant that there were no on- or off-the-record interviews with Harry and Meghan. What’s more, their claims are backed up by a seemingly conclusive statement put out on behalf of the Sussexes: “The Duke and Duchess of Sussex were not interviewed and did not contribute to Finding Freedom. This book is based on the authors’ own experiences as members of the royal press corps and their own independent reporting.”

Rather, Finding Freedom sets out to present “an accurate portrait of Harry and Meghan”, the real people behind the sniping tabloid gossip, the facts about who said what, where and when, and the extraordinary circumstances that led to the House of Windsor’s new star couple leaving ‘the Firm’ for a new life in California. To this end, the authors spent two years frantically working on the book and achieved unparalleled access to “those closest to the couple: friends, trusted aides, senior courtiers, and many individuals in the Sussexes’ inner circle”. They spoke to more than 100 sources and gathered “hundreds of hours of interviews on tape and filling notebooks,” Omid tells me.

From my early access to the book I can reveal that it is an illuminating read: impressively detailed, lifting the curtain on the couple’s private world so vividly that it feels as if we have a ringside seat to what has clearly been a tumultuous and emotional four years.

Intimate revelations include the early course of the couple’s secretive courtship; the antagonism Harry and Meghan felt they faced from courtiers, the media and even Prince William; Meghan’s struggle with her father, Thomas Markle, in the lead-up to the wedding and since; the truth about a host of negative media stories surrounding the royal duo; how Harry believed he was being sidelined by the monarchy itself; the details of the so-called ‘Sandringham Summit’ with Her Majesty, Prince Charles and Prince William in January this year which decided the couple’s fate and much more.

As a royal reporter I was familiar with most of the content, but the level of insight into private moments, and especially Meghan and Harry’s mindset as their royal lives splintered beyond repair, is gripping. There are direct quotes from conversations between members of the royal family, between Meghan, Harry, and friends and from palace courtiers.

Much of what Omid and Carolyn have uncovered takes issue with previous media reports but they attest that their journalistic process was rigorous, with every fact double sourced and, in many cases, backed up by three, four, or five independent witnesses. “We worried at the beginning about what kind of access we would have to sources, but in the end, we were overwhelmed by the number of people who came forward,” says Omid. “We wanted to get everyone’s voices in the book because there were a lot of friends on their side talking who have been frustrated by what they’ve read in the press. I think in a way the book became a safe place for some of those people to speak for the first time.”