The Long Journey Of Oupa Lodewyk 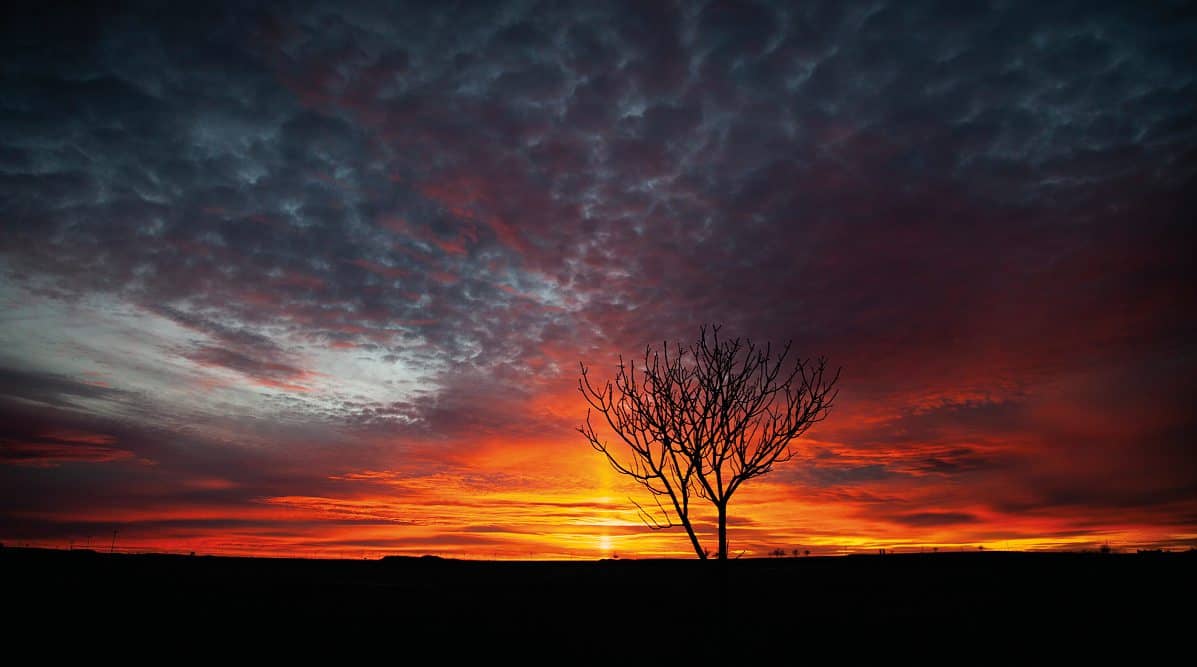 In 2012, filmmaker Timothy Gabb set out to make a documentary about the disappearing culture of the karretjiemense of Colesberg in the Northern Cape Karoo. These are some of his diary entries and memories of the seven years he worked on the project.

It is pitch dark but for my car’s headlights; the N1 is vast and empty. It’s Friday 14 June 2019 and I’m on my way to Colesberg after an absence of nearly four years. I’ve finally finished my documentary film, The Lost Carts of the Karoo, which I began making in 2012. The family at the heart of the film, the Louws, have moved from their two-roomed zinc shack in Plakkerskamp, a township on the shoulder of the R369 on the north-western fringe of Colesberg, to their first ever brick house in Riemvasmaak, a sprawling RDP-built neighbourhood that stretches nearly 2000 structures deep into what was once just barren veld.

Oupa Lodewyk and Ouma Sina were once karretjiemense (cart people), which is to say they spent most of their lives traversing the Karoo in a donkey cart, working from farm to farm, often as sheep shearers and fence-fixers. The cart would carry all their belongings, including dogs, chickens and heavy corrugated iron sheets to build a home once they’d reached their next destination.

Most of their 12 sons – of whom six are still alive – were born on the road. Some, like Isak, left the Karoo in search of work elsewhere.

Now that the final edit of the film is done, I’m keen for the family to see the finished product. What will they think of it, I wonder, as I shift my gaze to the utter darkness on the sides of the N1. Imagine what it was like a few centuries ago, when the plains were filled with great herds of migrating springbok – trekbokke – with the /Xam Bushmen following in their tracks?

Many karretjiemense are descendants of the /Xam Bushmen, the original inhabitants of the Karoo. Europeans first started settling in the Karoo in the mid-1700s, and clashes with the indigenous people ensued. This culminated later in the century when a policy was initiated aimed at exterminating the Bushmen.

The “wild” Bushmen fought to the very end, only to be annihilated by the overwhelming modern assault. Men were killed, mostly, while women and children were taken to the farms as “tame” Bushmen. These are the ancestors of people like the Louw family.

The town of Colesberg was established in 1830, slowly transforming into an economic hub thanks to the flourishing international wool market. The “tame” Bushmen became farm labourers in this district and nearby districts, learning to shear sheep and to wire fences. These piecemeal jobs required them to move across the vast landscape as migrant workers. They became known as karretjiemense, and at their peak between the 1950s and 1990s, they traversed the Karoo in their thousands.

In the meantime, farming in the Karoo has changed. In recent decades, some farmers have sold off their land to their neighbours, and less human labour is required thanks to the mechanisation of many tasks. For example, some farmers started employing highly organised shearing teams from Lesotho who use electric clippers instead of old-fashioned hand shears.

Today, hardly any karretjie families have donkeys or carts left. They have moved to the towns as a last refuge, many of them unemployed. Since the 1990s, their lifestyle has slowly died out. There is nothing left for them on the road.

This radical change of lifestyle has also caught up with the Louws, and that’s what my film is about. 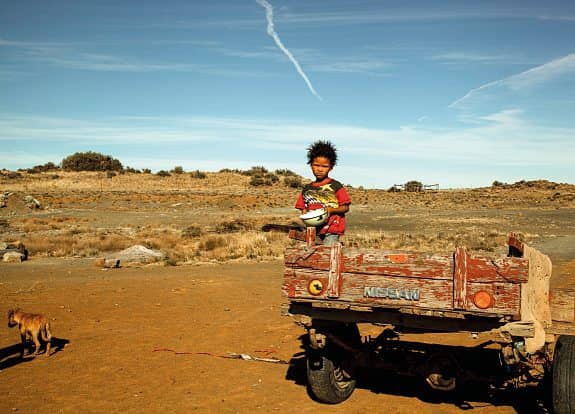 A year before Oupa’s death

We gather at Isak’s house for a braai. His friend, Rufus Pienaar, is there too. “It’s sore to talk about these things,” says Rufus while flipping an OK-bought tilapia on the coals. “Especially this karretjie trekking of theirs – that stuff makes them sad. Especially a mother like Ouma who has given birth to twelve sons and went around on the karretjie all her life.”

Rufus looks up at Ouma, a resilient, tough woman, 84 years old at the time. “Ouma, what did you have to carry around? Your dompas?”

“Yes, I had it when we trekked – because without that thing, you couldn’t be on the road,” reflects Ouma Sina.