The Blue Train Still Has Its Sparkle 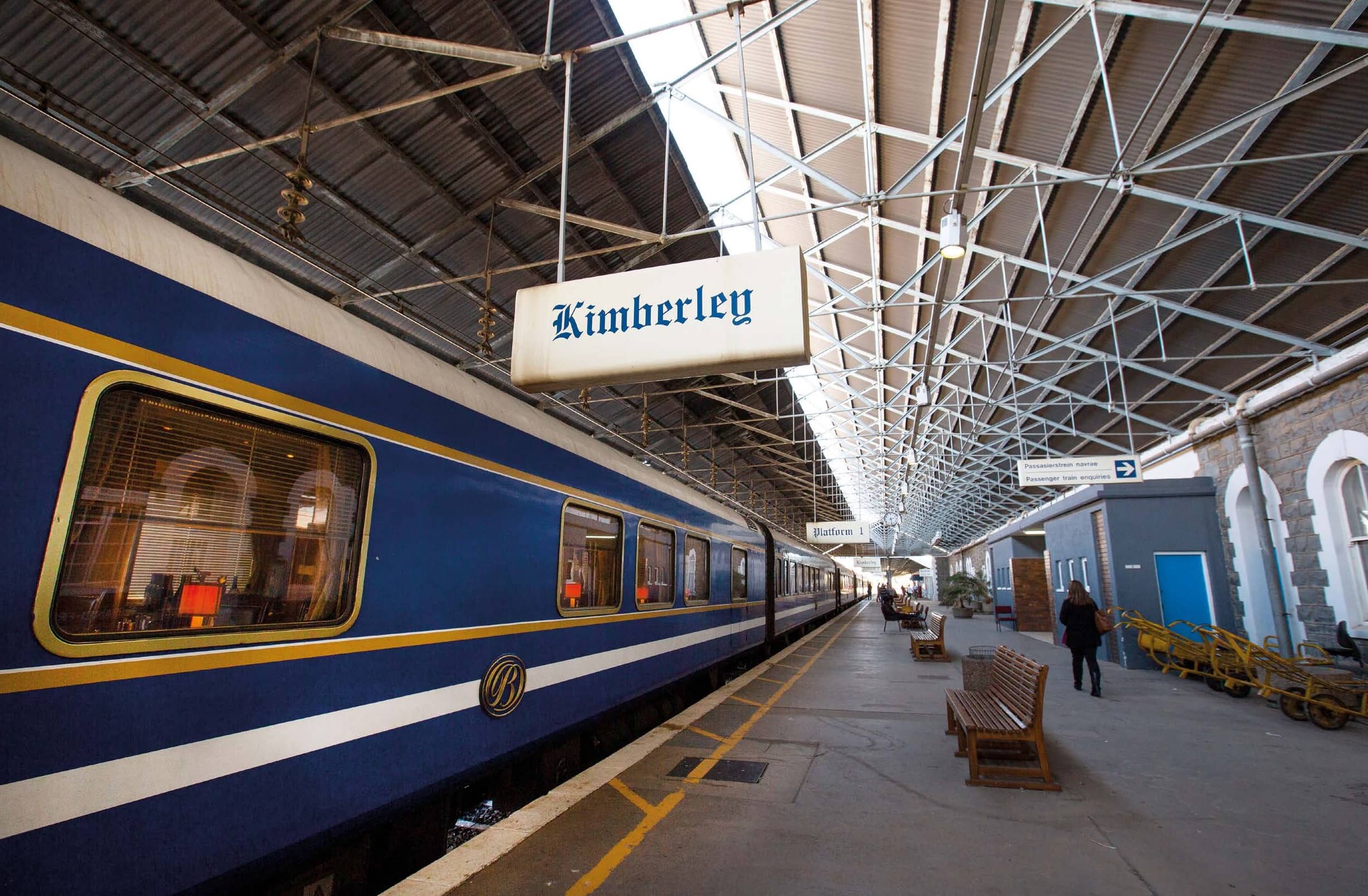 On the two-night journey from Cape Town to Pretoria, time is one of many luxuries you can enjoy aboard the Blue Train. Sink into a wing-back chair with a glass of sparkling wine and watch the world go by.

It’s a misty Saturday in Cape Town and the winter sun is setting in a pink haze as the Blue Train leaves the suburbs and makes its way past the granite domes of Paarl. I’m sitting in the observation car – the rearmost carriage, with big windows on three sides – and I watch as the silhouette of the Taal Monument flashes past.

Only a handful of the roughly 30 passengers on board for the two-night, 1 660 km journey from Cape Town to Pretoria are seated here, looking out at the orchards and vineyards of the Boland. The rest are getting dressed up for tonight’s four-course meal. Earlier I overheard a woman whisper: “Do we really have to wear ball gowns?” 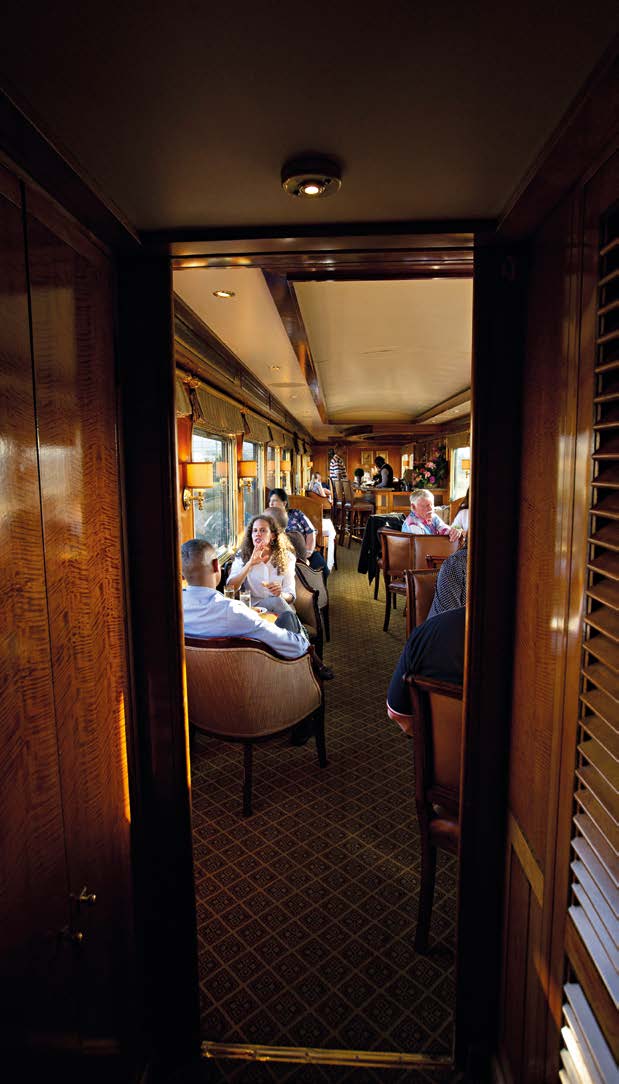 The ice in my glass clinks softly with the sway of the train. The sound mixes with the click-clack of the wheels, the Texan twang of the American couple next to me, and the long vowels of a group of Australians in the corner. All of it forms a soothing sort of background music.

The train only departed an hour ago, but already I can feel my stress melting away. Over the next 41 hours, the train will cut across South Africa through places like Beaufort West, De Aar, Kimberley, and Klerksdorp. It’s a five-star hotel-on-wheels – a regular winner at the World Travel Awards, where it has won World’s Leading Luxury Train eight times and Africa’s Leading Luxury Train for ten consecutive years. US designer David Barrett did the interior in the late 1990s – a blend of old-world glamour and safari chic. If something is not wood-paneled, it’s gilded. Indeed, the Blue Train is an elegant old dame, and she’s not wearing the latest fashions. “These curtains were put up in 1997 and forgotten about,” one of the passenger's grumbles. 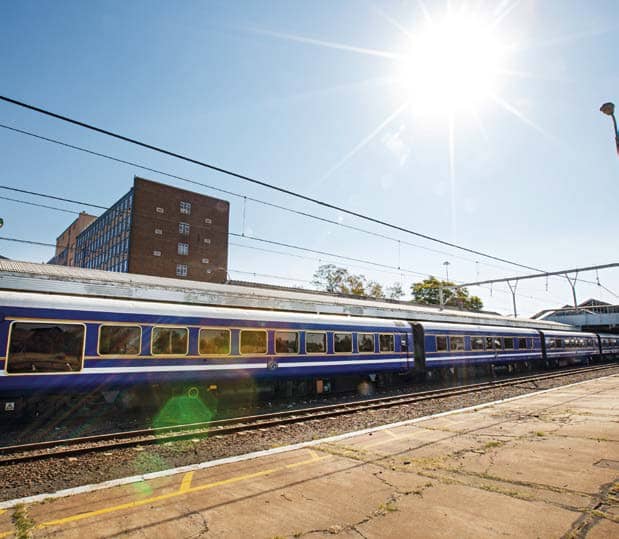 I was nervous when I read about all the luxury awaiting me. I wondered whether I should borrow a ball gown from a friend, or if I would know which knife and fork to use at the dinner table. After all, people like Nelson Mandela, Naomi Campbell, and Elton John have all been guests…

My worries were unfounded: The Blue Train might be luxurious, but it’s not intimidating. Butler David Malinga accompanied photographer Shelley Christians and me to our deluxe suite and showed us how everything worked. That’s right – you get a personal butler to help you with whatever you need, whether you’ve left your hairdryer at home or you want your shirt ironed.

By day the dress code is smart-casual; in the evenings the men have to wear a jacket and tie to the dining car and most women opt for an elegant trouser suit or a dress. An evening gown is overkill, but no one will stop you if you want to go all out… 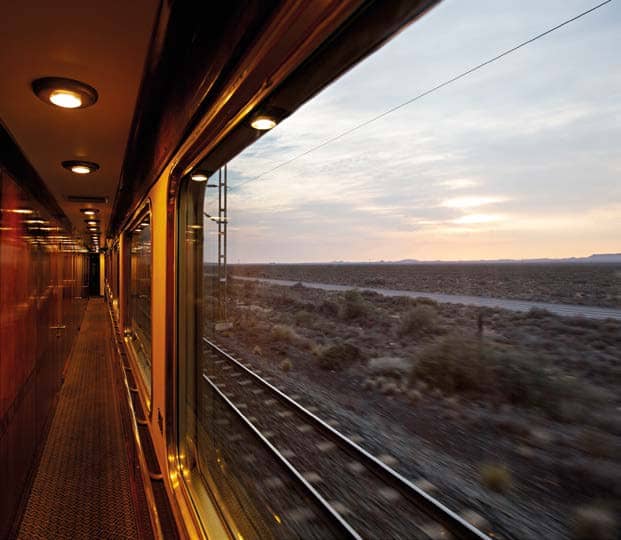 Vast plains and a big hole

While we slept under white down duvets, the train picked up momentum through the Hex River Valley and up to the Karoo plateau (coasting speed is about 90 km/h). When I open the blinds the next morning, vast plains near Beaufort West scroll past the window. For the first time, I wish the windows could open so I could smell the bossies outside. 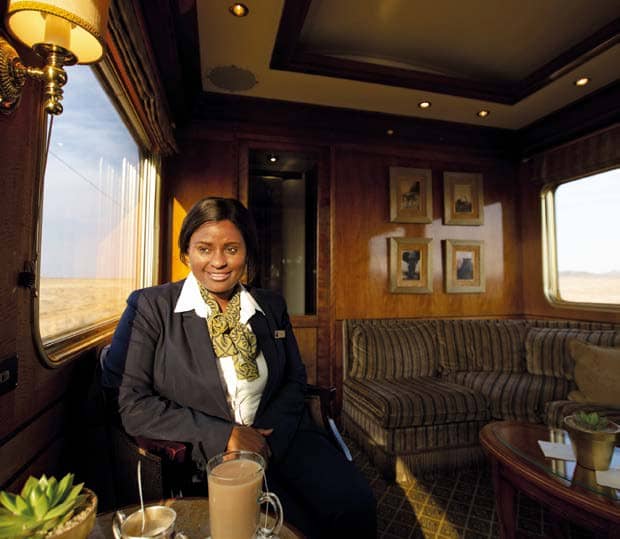 After breakfast, the observation car pulls us, passengers, closer again. Some sit and stare at the landscape; others drink coffee and page through magazines. There’s Wi-Fi on board, but most of the time it’s either very slow or connectivity is patchy. I don’t see many people glued to their phones.