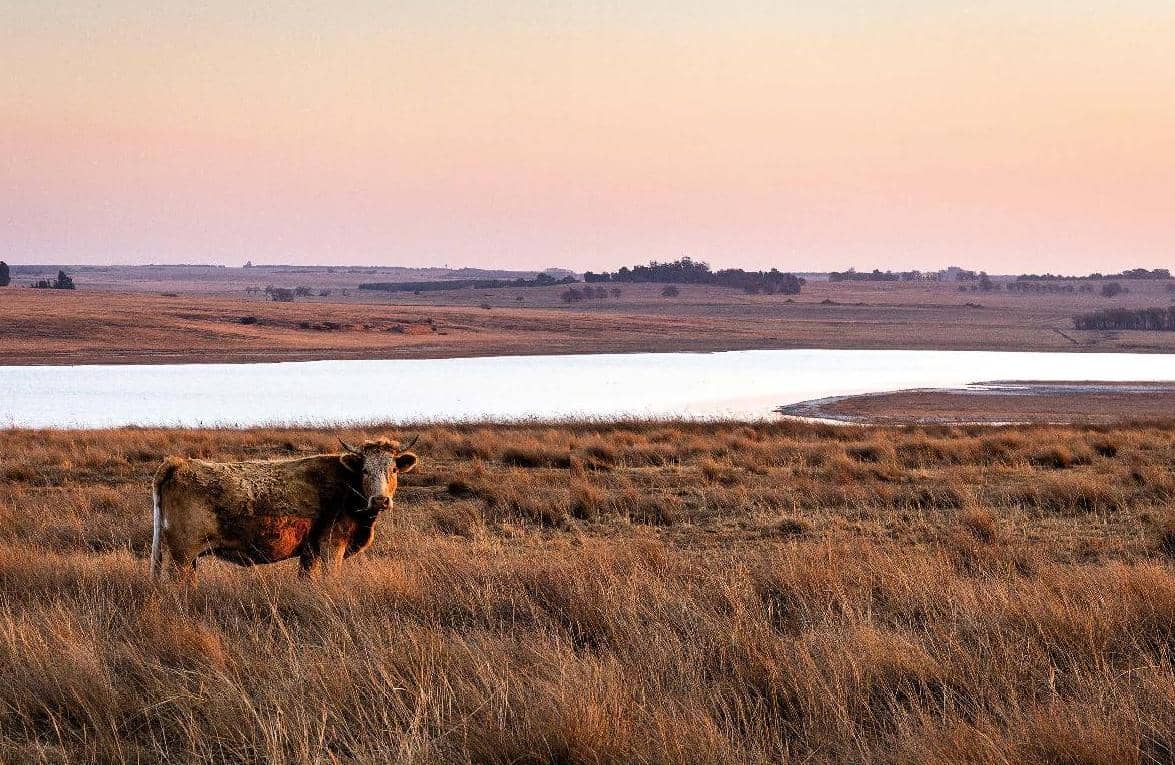 With close to 300 pans in a 20 km radius, the wetlands surrounding the town of Chrissiesmeer in Mpumalanga are some of the most important in South Africa. Here are five waterside and pet-friendly farm stays, tucked away in our very own “Lake District”.

You can see why Scotsman Alexander McCorkindale decided to settle in Chrissiesmeer – the glittering network of lakes and Highveld summer greenery must have reminded him of home.

In 1866, McCorkindale convinced the government to sell off 200 farms and establish a settlement that would service the trade route to Delagoa Bay, in what was then Portuguese East Africa (now Mozambique). He changed the name of the largest of the lakes, from Groot Zeekoepan to Lake Chrissie, paying tribute to the daughter of the president of the South African Republic, Marthinus Pretorius. 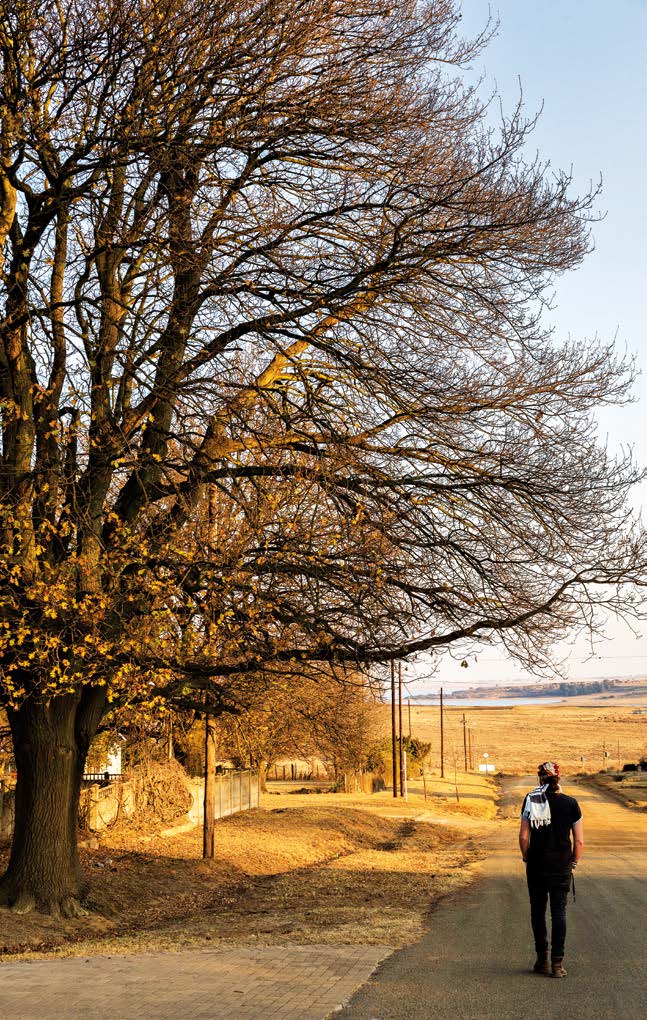 Today, Chrissiesmeer remains one of our most important wetland areas. Four rivers have their sources in the area – the Vaal, Komati, Olifants and Usutu – and birdlife is prolific. Flowers and frogs are just as plentiful. Indeed, the area is also known as Matotoland, after maxoxo, the siSwati word for frog. During summer, there are tours on offer to find these tiny treasures hiding in the grass.

But even if you’re not into birds, flowers and frogs, the lakeshore is a perfectly peaceful place to escape the hustle and bustle of Gauteng for a weekend. And even better if you can take your pooch along! Here are five great places to stay.

There’s no need to share the shore at The Boat House, which is hidden in a secluded cove west of Lake Chrissie. The elevated cabin is built against a bushy outcrop and the waterscape view stretches to the faint blue horizon. And yes, there is a boat!

Lake Chrissie is about 9 km long and 3 km wide. “We walked around it a few years ago, on a Spring Day celebration,” says farm owner Esbie Bezuidenhout. “The water level wasn’t very high, but it still took us about six hours.”

There are caves to explore near the cabin, as well as a historical kraal. Small antelope like duiker and blesbok roam the farm – keep an eye on your dogs if they like to chase other creatures. Dassies also enjoy sunbathing on the rocks. When it comes to nightlife, the lakeshore is home to genets, servals, African wildcat and even black-footed cat, the smallest wildcat on the continent.

But it’s the birds that most people come to see. The whole Chrissiesmeer area is a haven for birds, especially waterbirds. “We have a resident Goliath heron and there are fish-eagles that breed nearby,” says Esbie.

She also tells me how she startled a kori bustard on an early morning walk with the dogs: “It was the same colour as the grass. This massive bird with such long legs… It could be right next to you and you wouldn’t notice a thing.”

The cabin is off the grid and offers two decks for whiling away the afternoon. The smaller, north-facing deck is warmer and sheltered by the outcrop behind the house. Esbie says a natural spring between the rocks creates a “fairy retreat” in summer, with moss clinging to stones that are staggered like rugged steps. The big deck in front of the house looks out over the water, with two weathered willow trees keeping you company.

Facilities: Two twin bedrooms (sleep four in total), one bathroom and an open-plan kitchen, dining and lounge area. There are braai facilities and a rowing boat and kayak for guests to use. (No fishing or motorboats allowed.)

Where? On the western shore of Lake Chrissie, 7 km out of town. Coming along the N17 towards Ermelo, turn left about 3 km from Chrissiesmeer onto the dirt road to the Genesaret campsite. 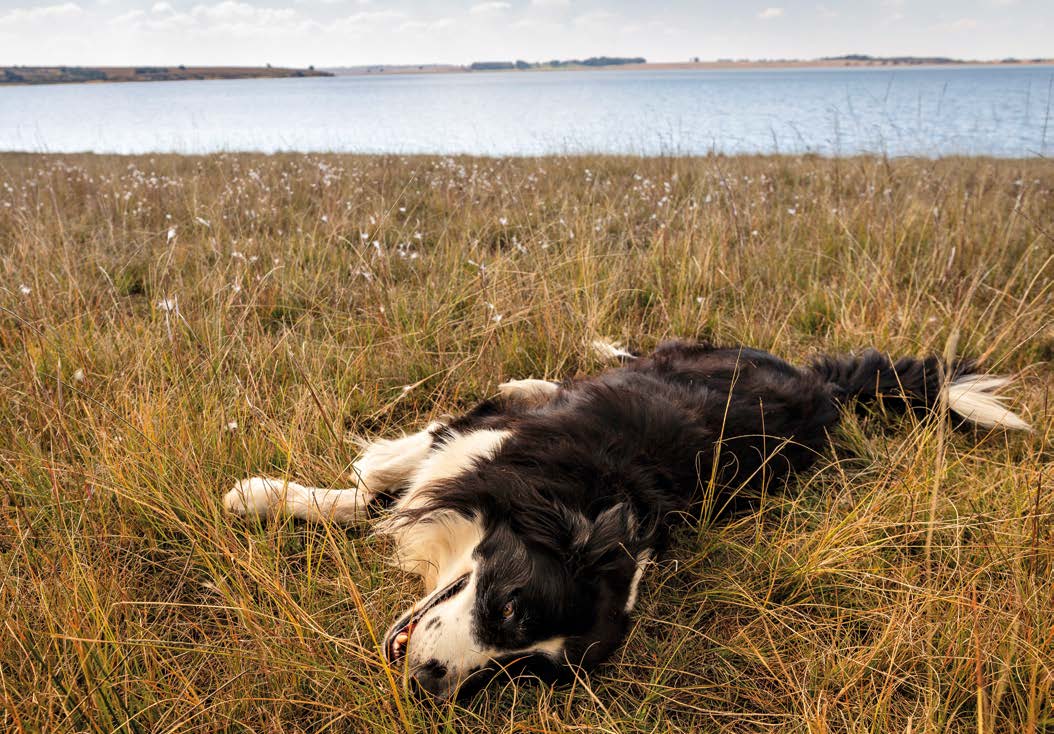