It's A Jungle Out There! 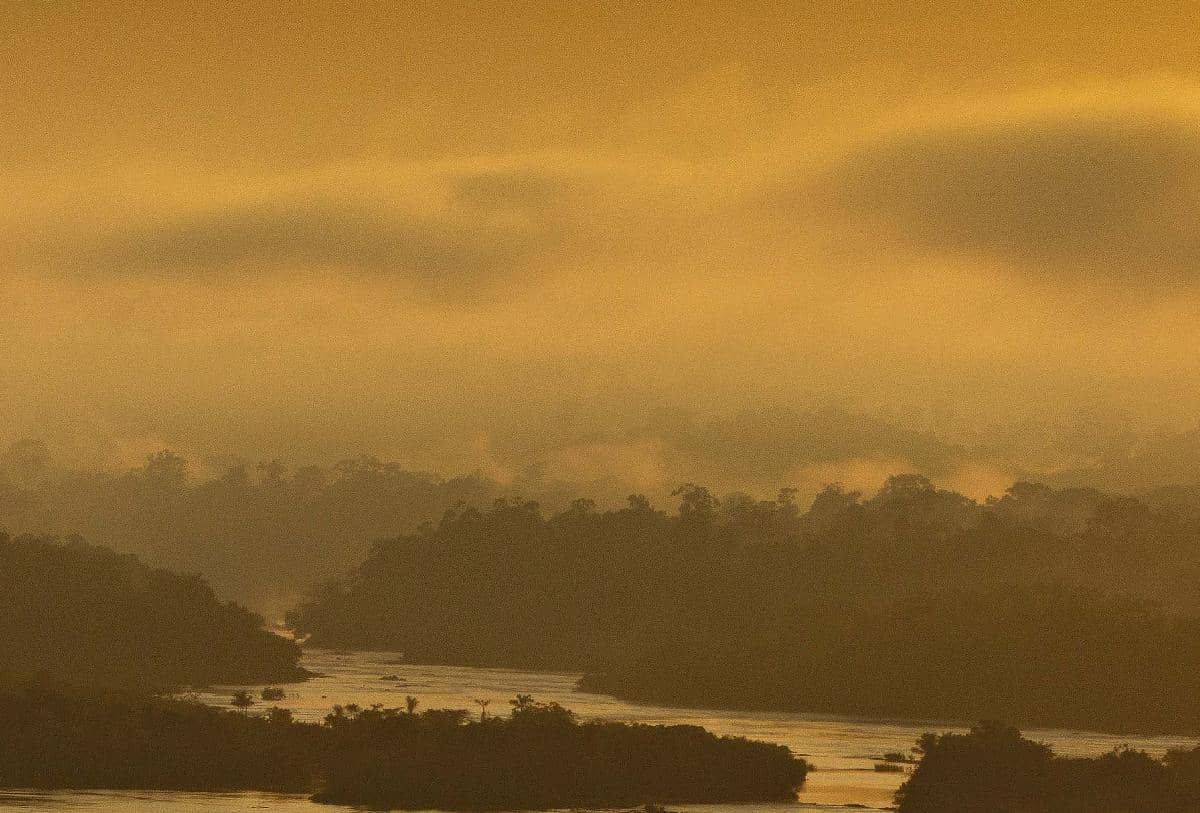 Home to sloths, anacondas, piranhas, birds as colourful as the rainbow and tarantulas as big as a plate, the Amazon rainforest is one of Planet Earth’s greatest wonders. Hanlie and Vivian Gericke set off to explore in their Land Rover.

After dreaming of the world’s biggest rainforest for years, we were finally in the port city of Belém, on the southern fringe of the Amazon basin, about to embark on the journey of a lifetime.

But first we had to wait for a barge to take us to the city of Macapá. This city is on the northern bank of the Amazon River, but it’s 330 km away as the crow flies! In between Belém (technically on the Para River, part of the greater Amazon system) and Macapá is one of the largest river islands in the world – Marajo Island. With a land area of 40 000 km², it’s twice the size of the Kruger Park.

While we were waiting for the barge, we decided to explore Marajo. Despite its size, there are only three sleepy villages on the island, and more bicycles than cars. The island is also full of domesticated water buffalo. According to legend, the ancestors of these buffaloes arrived on a ship destined for French Guiana, which was wrecked here. They now number about 450 000 – more than the human population! The buffaloes are used for transport – even the police use them for patrols. Imagine a policeman chasing a pickpocket on a buffalo!

On Marajo we swam in the Amazon River for the first time. The water was warm and brown, with waves. The opposite shore is so far across on the horizon, it felt as if we were swimming in a saltless sea. 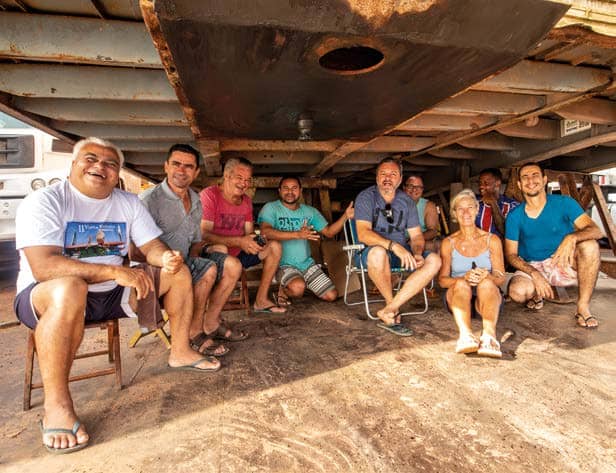 Life on the river

Back in Belém, we squeezed the Landy onto the barge, along with 24 trucks, for a river trip of nearly two days and more than 500 km. Our plan was to head north across the Amazon River to French Guiana, Suriname and Guyana, then south back into Brazil to the cities of Manaus and Porto Velho, and eventually onward to Cusco in Peru. But you know what they say about the best-made plans…

We later learnt that our barge was a commercial vessel, restricted to one driver per truck. A barge is basically a big floating steel platform, and no tourists are allowed on them since someone apparently fell offa barge some years back. We still don’t know how we were allowed on… 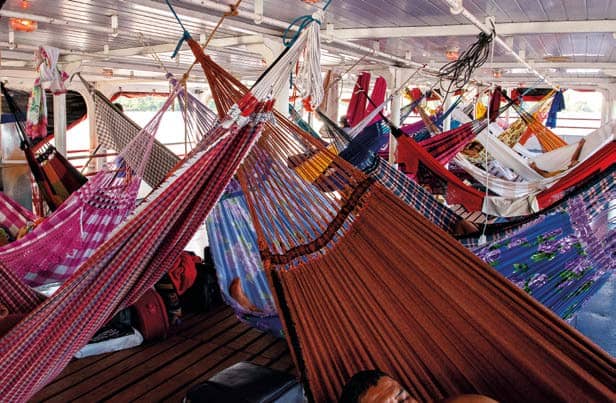 The truckers were welcoming nevertheless, offering advice on what to watch out for on our way north. (All in Portuguese, obviously.) Every now and then they brought us salami or other treats. We slept in the Landy and the truckers slept underneath their trailers, or in hammocks strung across the cabs. 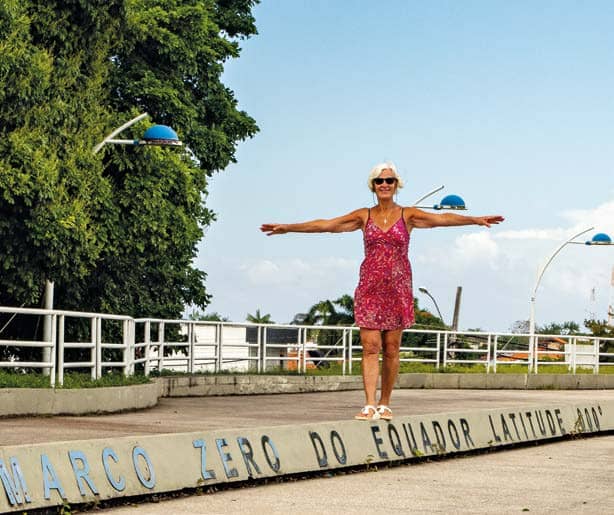 There are no roads along the river – the locals live on the shoreline and everything happens on the water. At times the barge would cruise in open water, with the riverbank far on the horizon. Other times the barge would come as close as 10 m to the riverbank, allowing us to see, smell and hear the jungle. During those times, we sat on camping chairs with our binoculars, trying to spot monkeys, birds, pink dolphins or a jaguar. (Wishful thinking!) Occasionally, colourful houses on stilts would interrupt the endless jungle, each with a wooden jetty and often a play area for the kids. Children as young as three years old play in the river, usually in wooden dugouts, while calling out to the barge for donations. Every now and then we’d see a school or a church – also built on stilts. Villagers would tie their canoes to the barge and hop on to sell prawns or fish.

Closer to Macapá, subsistence farmers grew crops in the marshland and water buffaloes grazed in the water. 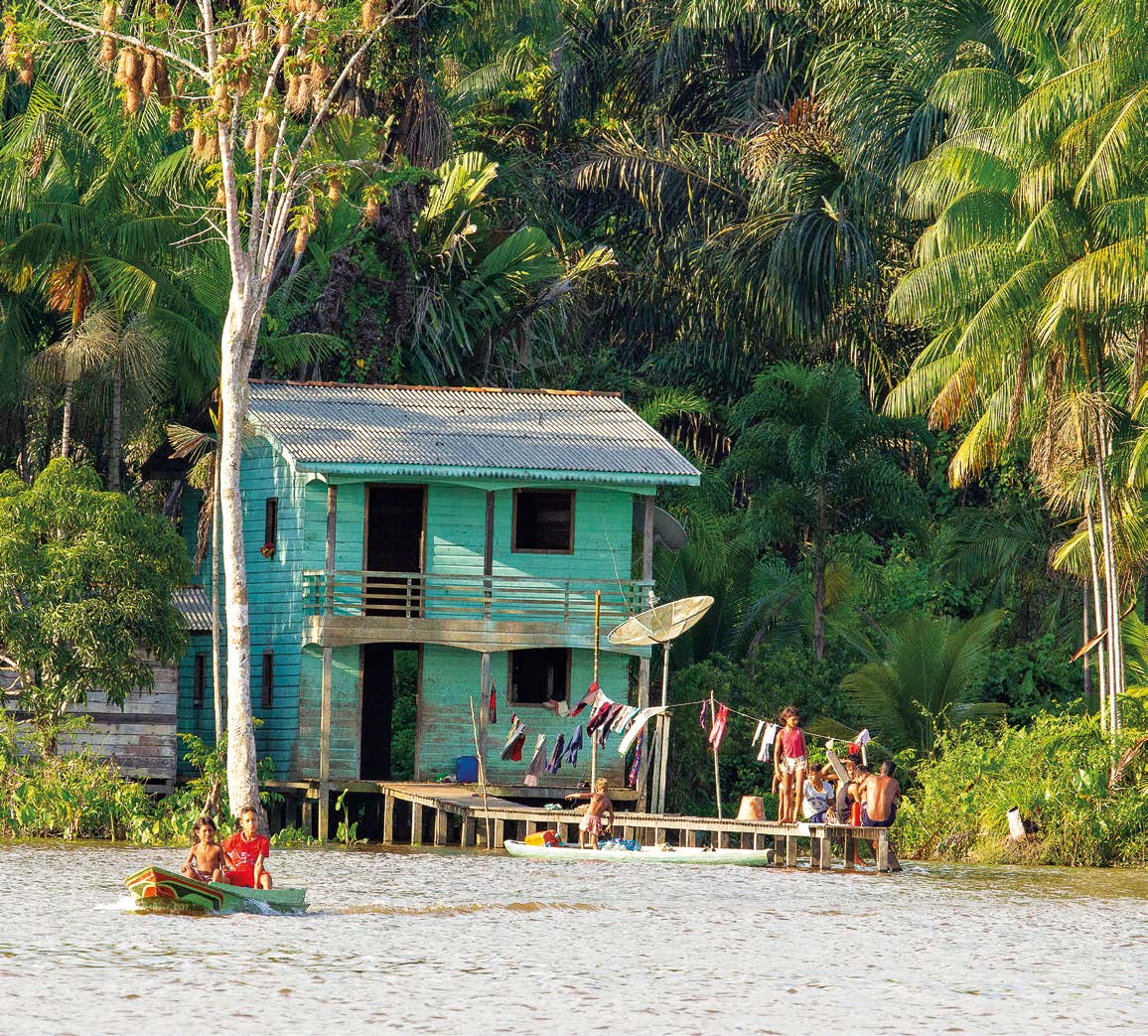 Macapá, a city of about 500 000 people, is so off the beaten track it doesn’t even get a mention in the Brazil Lonely Planet guide. We visited the impressive Fortress of São José de Macapá, built in the late 1700s to guard the mouth of the Amazon River and the towns upstream against invaders. 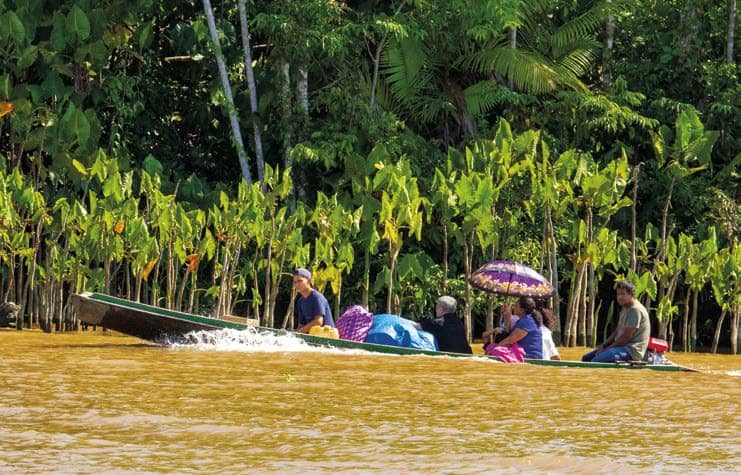 Macapá is on the equator and at sea level. It’s humid and swelteringly hot. We had our first taste of river fish with camaráo (shrimp) sauce in a restaurant with open sides to ensure a flow of air. Possibly our best fish meal ever! Unlike river fish in southern Africa, which sometimes taste a tad muddy, this fish tasted like something you’d get from the ocean. 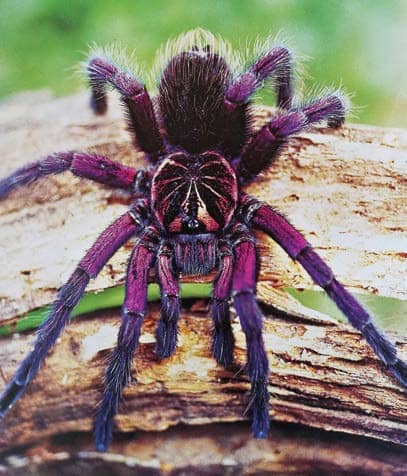