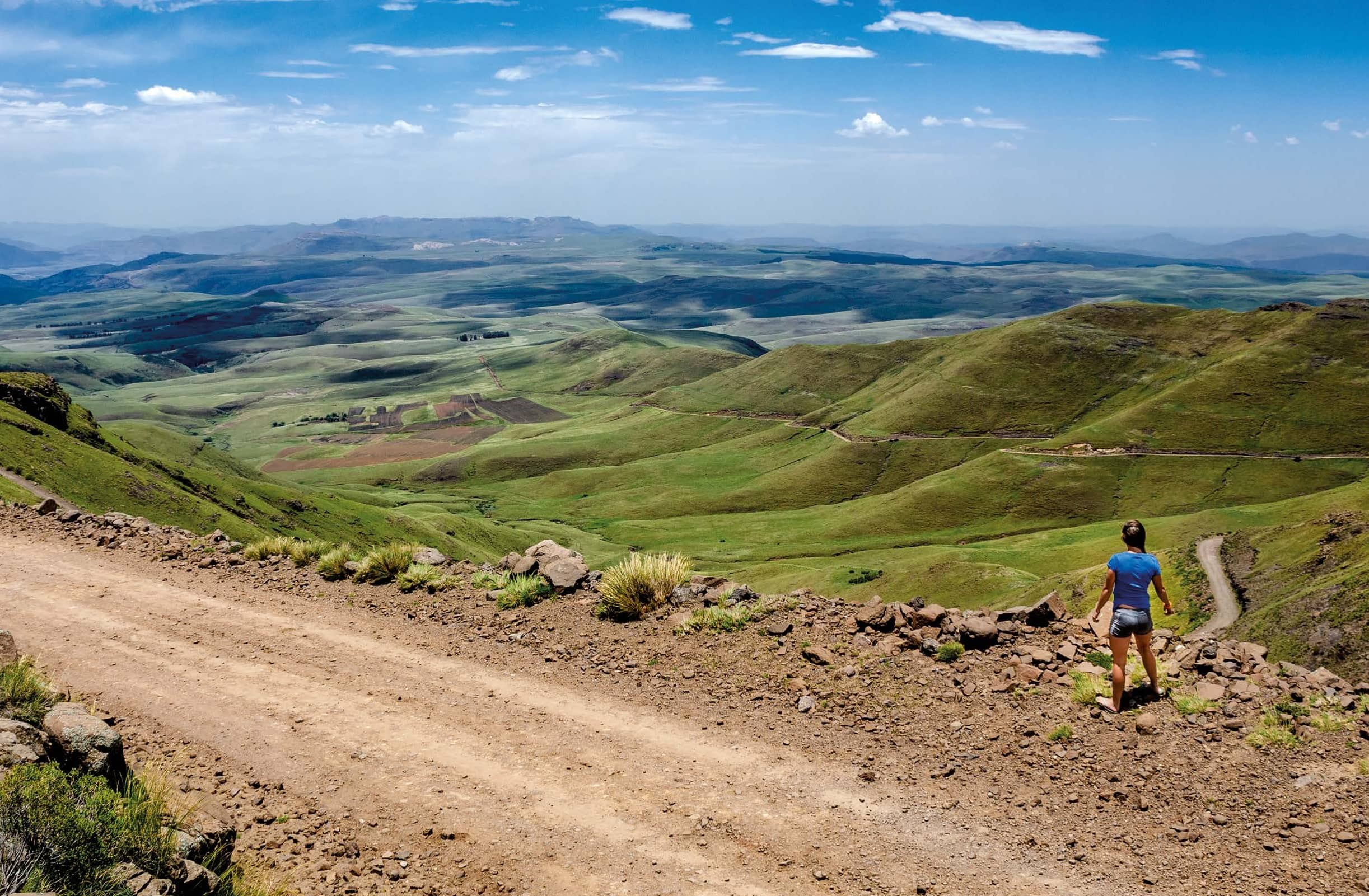 The December holidays are around the corner. Why not explore a few passes in the mountains of Lesotho and the Eastern Cape, then head to the coast with the wind at your back?

“No, it’s always windy here,” says the man behind the counter at the Thanda Tau filling station next to the N3, about 40 km north of Warden. “When I leave home in the mornings, I put rocks in my pockets so that I don’t blow away on my way to work.”

It’s December 2018 and we’re on our way to East London from Pretoria. But instead of going straight to the coast, we’re going to drive seven passes high in the mountains of Lesotho and the Eastern Cape.

Get in and hold tight! 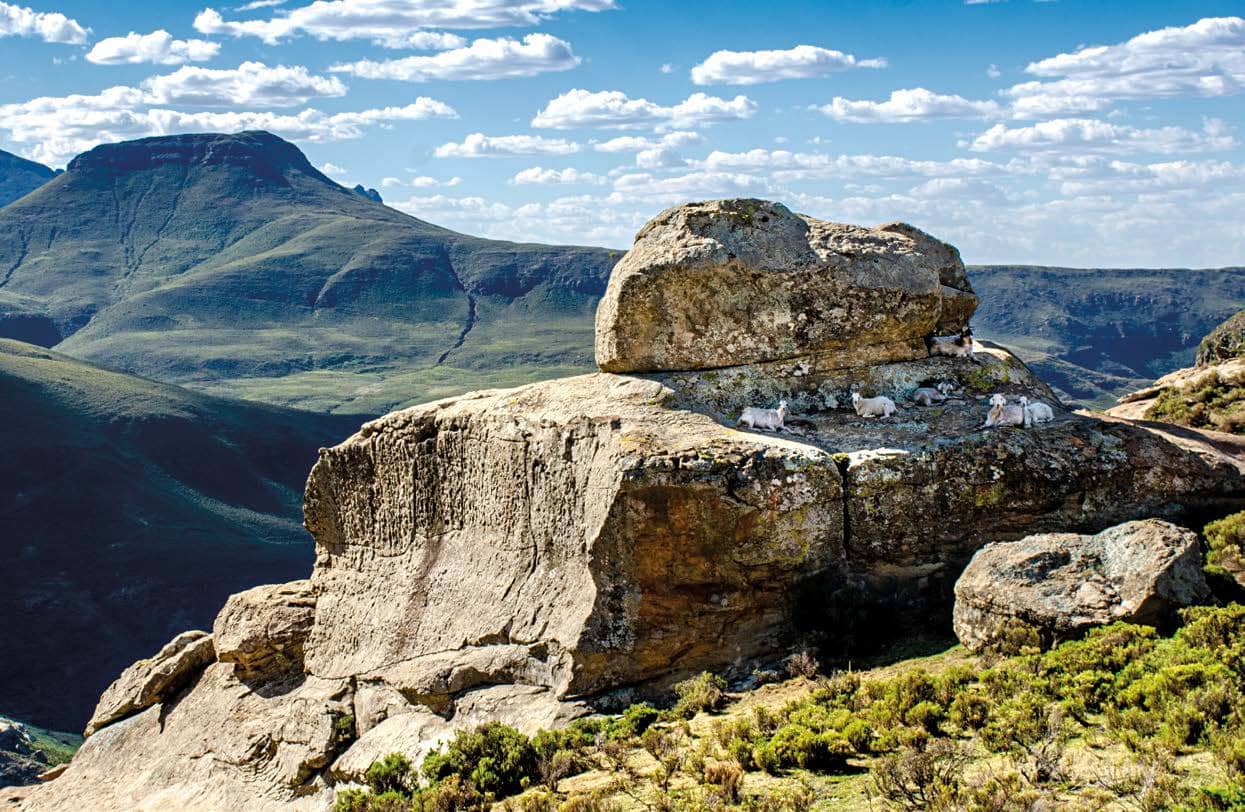 We make our way to the Peka Bridge border post south of Ficksburg. Wheatfields shimmer like a golden carpet in the late-morning sun. We sail through the border post and head to Maseru, the capital of Lesotho. It’s impossible to cut through Maseru quickly – roll down your window, accept the traffic jams and take in the cacophony of hooting minibusses and bleating goats.

We’re looking for a filling station with a credit card machine. At the third station without one, the petrol attendant assures us we have no need to worry. “You will meet many garages,” he says.

Five filling stations later we leave Maseru behind, traveling south-east. After about 100 km on the A5, we turn off to Ramabanta Trading Post and drink a Maluti lager on the stoep. Baboon’s Pass is on the other side of the valley – at 2 689 m in altitude, and as rutted as they come, it’s one of Lesotho’s most infamous 4x4 passes. I wonder why anyone would drive it of their own free will. From a distance, it looks more like a footpath, better suited to mountain goats.

We reach the village of Semonkong at 5 pm. The Maletsunyane River cuts through a green valley west of town and tumbles over a cliff a few kilometers further. Semonkong means “place of smoke” and is named after the misty spray caused by this waterfall.

We stay at Semonkong Lodge for the night, where you can brave the longest abseil in the world or ride from shebeen to shebeen on a donkey. Both outings seem too risky for me. 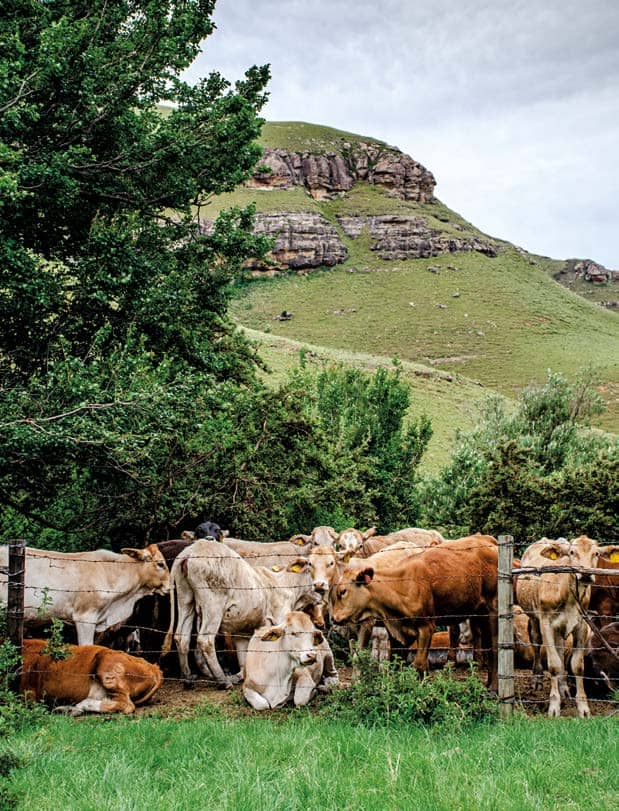 The A5 on the other side of Semonkong is newly tarred. We pass the settlements of Nkau, Ha Rakojoan, and Mokopeng, climbing higher and higher. It seems as if everyone in Lesotho wears something on their head – cap, scarf, sun hat… Many people are also wrapped in colorful blankets.

We visit a place where the Senqu River (the Orange River in SA) makes a horseshoe bend in a valley. The landscape is more arid here. The tar road ends at the 215 m-long Mohlapiso Bridge, about 124 km from the Telle Bridge border post. On the other side of the bridge is the dusty A4. It’s traversable (with some potholes) and mostly runs along the course of the Senqu, but higher up, on the slope of a mountain.

We exit Lesotho and follow the R393 towards Rhodes. We’re counting the whole of Lesotho as one mountain pass, and now it’s time for the “second” pass of the tour: Lundean’s Nek (2 170 m).

First, the road hugs the Lesotho border for about 40 km. The dusty landscape holds a few surprises: A school bus, seemingly inhabited, next to the Blikana River; a place called Dilli Dilli; a man and woman driving a tractor like it’s a sports car.

Lundean’s Nek climbs in hairpin bends and steep inclines for about 15 km, connecting the farming community of Wartrail with the Telle Bridge border post. Mountains fill the horizon and the earth falls away next to the vehicle.