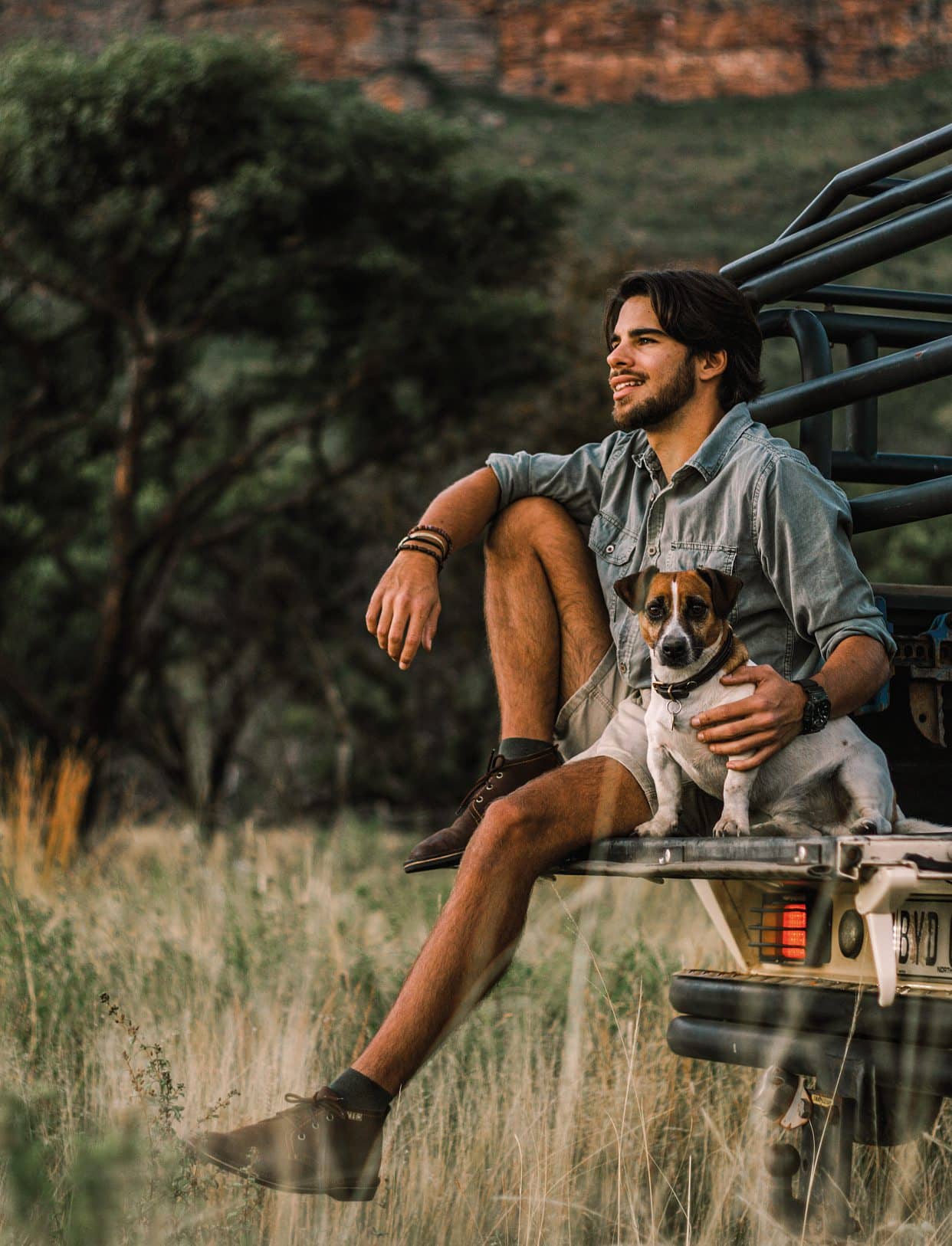 Deciding on a career is like one of those choose-your-own-adventure books: Each small decision you make impacts on what you end up doing with your life. Delport Botma (28) went for the “out-there” option and became a helicopter pilot.

Delport Botma’s wide smile often pops up in his photos on Instagram, whether he’s releasing a puff adder, perched on a bakkie tailgate with his Jack Russell, or sitting behind the controls of a helicopter somewhere in Africa. He visits places where few other people go, like the Zambezi Delta in Mozambique, and he also lives close to nature – on a farm outside Thabazimbi in Limpopo. That’s where I track him down during the national lockdown when he had no choice but to stay home.

“The pandemic has messed up my plans,” he says. “I was supposed to be in Kenya right now. Usually I spend more time away than at home.”

Delport grew up in another Limpopo town, Vaalwater in the Waterberg, but he’s lived in Thabazimbi since 2015. He moved there to do his commercial helicopter licence at True North Aviation and got a job at the same company after he’d obtained his licence.

“Thabazimbi is a game-industry hub; I quickly gained experience by doing flights on game farms. There are also several private reserves around here, and Marakele National Park is near town. The farm I live on borders Marakele – I can see Kransberg, where there’s a breeding colony of Cape vultures. Sometimes, when I drive into town, I see elephants and even lions and cheetahs through the border fence.”

Delport didn’t always dream of being a helicopter pilot. “I wanted to be a wildlife vet because I love animals,” he says. “But I realised that if I became a helicopter pilot, I could work with wild animals alongside the vets and be involved with other conservation projects. And I get to see the world, which is a bonus.”

It’s considerably more difficult – and expensive – to get your commercial helicopter licence than it is to get your K53 driving licence in a Citi Golf. His parents helped with the funds, but he had to put in the hours.

After a few years at True North Aviation in Thabazimbi, he started working for himself. “Freelancing is not the most stable lifestyle, but it gives me the freedom to do the kind of flying I’m passionate about, which is conservation work in wild places.” 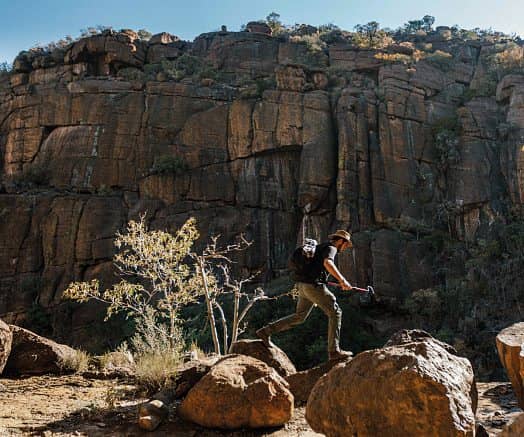 Delport’s photos of the Zambezi Delta in Mozambique catch the eye when you scroll through his Instagram feed – you seldom see images from this 12000km² wilderness area. Bring up the area on Google Maps and you’ll see why: The Zambezi River fans out into tributaries and smaller channels as it gets closer to the Indian Ocean, and when it does eventually reach the sea, the historical extent of the delta is 180km from north to south.

“It’s an incredible place,” Delport says. “There are floodplains and forested areas – miombo forest and a critically endangered forest type called Southern Zanzibar-Inhambane coastal forest mosaic along the coast. Four hunting concessions and the Marromeu National Reserve were established in the delta in the 1960s to protect this area against overexploitation and wildlife poaching, but most of the animals were hunted out during the civil war, as they were in the rest of the country.