Between Nowhere And The Kunene 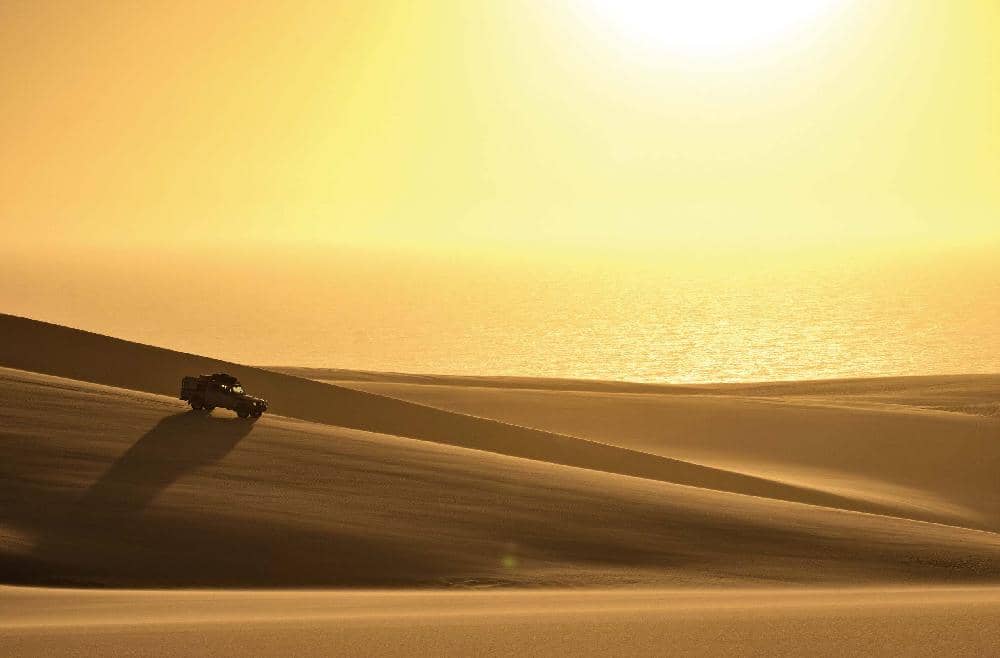 The vast plains of Namibia end on the banks of the Kunene River, which forms the border with Angola. Travel up the Skeleton Coast to the mouth of the Kunene for scenery, shipwrecks, and fishing where very few have fished before.

Evan Naude
The beach at St Nowhere is pretty much the opposite of what you’d expect a beach at a holiday destination to look like: Dark sand is buried under kelp and driftwood; the sea is choppy; and a cold wind breathes down my neck. It’s late afternoon but the sun is invisible, hidden behind a thick bank of grey fog over the Atlantic Ocean.

Where is St Nowhere? Or more importantly, what is St Nowhere? It’s about 100 km north of Henties Bay on the Skeleton Coast of Namibia, and it’s a fishing resort. People don’t come here for sundowners and postcard snaps for Instagram…

I zip up my jacket to my chin and pull my beanie over my ears. I drove here from Windhoek to start a journey to an even more remote place: the mouth of the Kunene River. 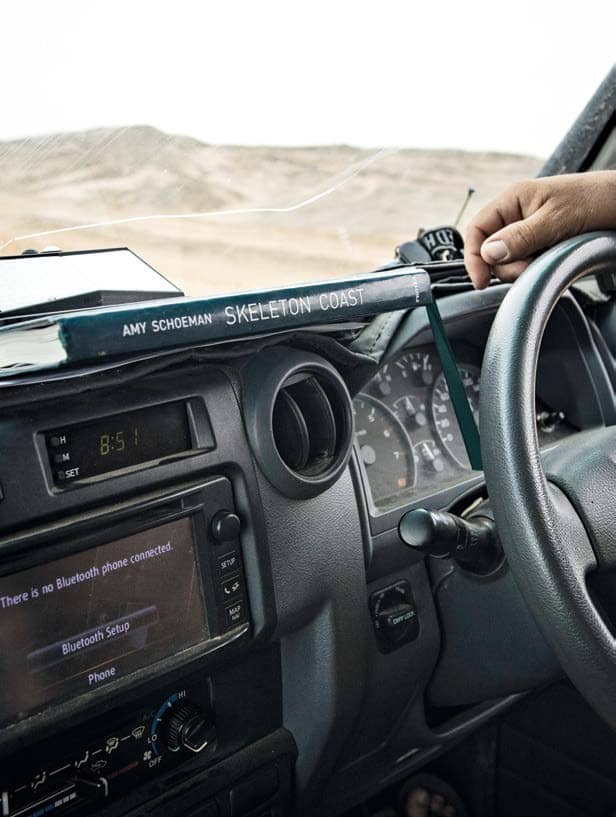 Dawn is as grey as dusk was yesterday. Coffee does little to warm me up. I’m travelling with a recce team from Bhejane 4x4 Adventures – they’re working on a new tour of the Skeleton Coast. Visitors to the northernmost part of the Skeleton Coast National Park are restricted and only tour operators with a permit may enter the concession area north of Möwe Bay. Only 20 tour groups travel to the mouth of the Kunene each year.

Usually, tour groups spend one day at the river mouth before they head inland to explore the Kaokoveld, but concession holders Skeleton Coast Adventure Tours/OIG have permission to fish in the area. Add birdwatching, dune driving and the knowledge that the nearest town is more than 200 km away, and you’ll want to stay there forever!

Our convoy is made up of two vehicles. I’m with two Namibians in a Toyota Land Cruiser: Phil van Wyk from Gochas is behind the wheel and Pieter de Lange from Mariental is on the back seat. John van den Bergh from Wilderness on the Garden Route is driving behind us in a Toyota Hilux, with Johann Soekoe from George, Bjorn Coetzee from Mossel Bay and Dries Reyneke from Keetmanshoop.

The plan is to drive up the coast to the mouth, camp there for three nights, then turn south to end the trip at Puros. The vehicles are each carrying heavy loads: tents, tables, chairs, freezers, cooler boxes, braai grids, ground sheets, shade nets and crates with food, drink, cutlery and spare parts. There are no facilities where we’re going, and seven people need a surprising amount of stuff to survive!

At the Ugab entrance to the Skeleton Coast National Park, about 30 km north of St Nowhere, we take a photo in front of the big skull-and-crossbones on the gate. A little further, we pull over next to the rusted remains of an oil drill, then we drive past the deserted Toscanini diamond mine.

The dirt road is long and straight. If I look to the left, I see the icy blue Atlantic; to the right, a flat, dull landscape. 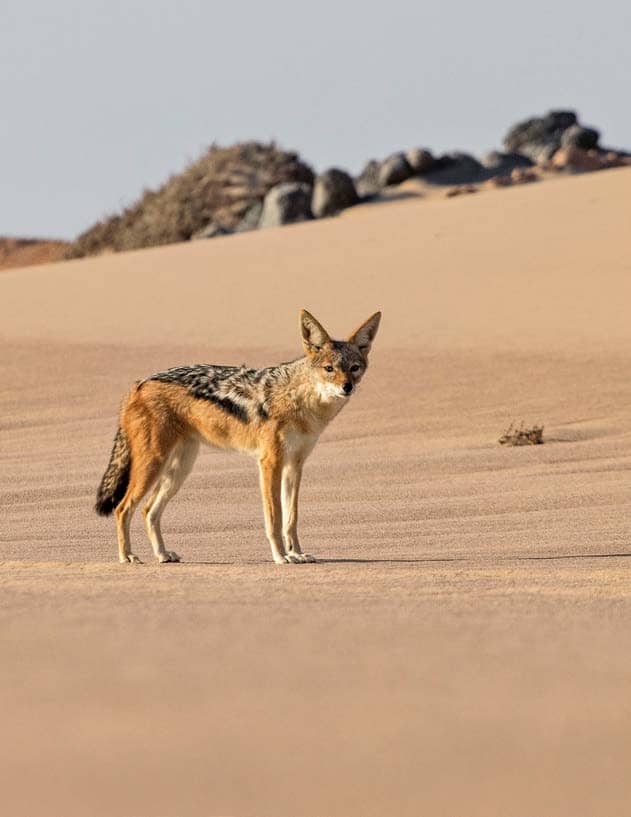 It’s quiet in the bakkie. This stretch of coast has an ominous history. Over the centuries, many ships have run aground here: Gertrud Woermann (1903), Maria Angelina (1923), Heideveld (1968), Winston (1977)... More recently, oil and diamond companies have tried to turn a profit, but once again the landscape proved too inhospitable.

Whether you show up here in a ship or a business suit, nature always wins. The wind is relentless, rust corrodes everything and fresh water is hard to come by. This place eats away at man’s endeavours until all that is left is a skeleton of bone or iron. Some stories are remembered, others are buried beneath the sand.

A dune field rears up near Torra Bay and plucks me from my reverie. It’s about 48 km further to Terrace Bay, a basic holiday resort with a kiosk and a filling station. That will be our last fuel stop and we’ll fill every container we’re carrying. 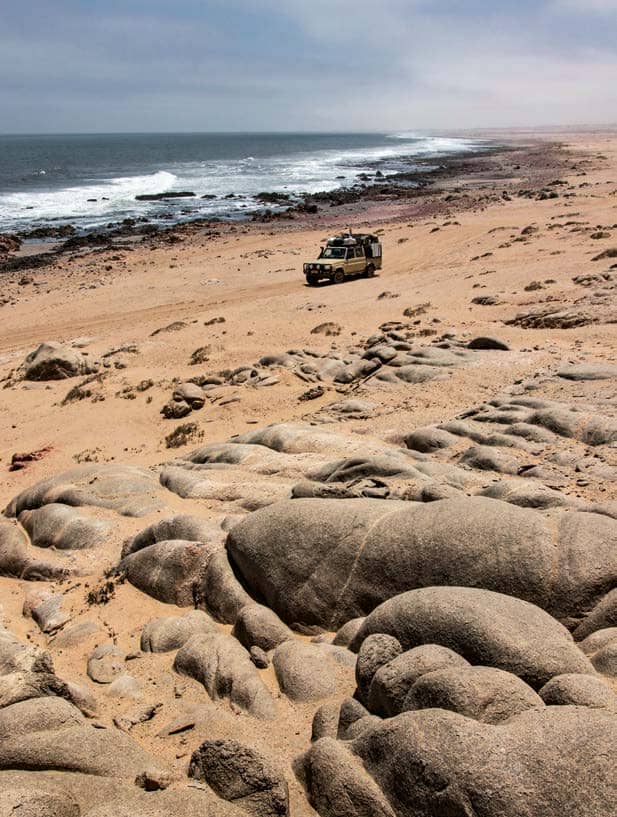 Phil keeps fiddling with the GPS mounted to the windscreen – it can’t make sense of our route. “A GPS struggles when it’s this remote,” he says.

If you don’t have a concession permit, Terrace Bay is the furthest point you can explore in the park. We’re excited by the promise of the no-man’s land ahead – not many have travelled where we’re about to go. Pieter leans over from the back seat. “You know, this is the furthest I’ve been into north-western Namibia. It’s a big tick on my bucket list!”

From Terrace Bay, a dirt road runs 80 km along the coast to Möwe Bay, the last outpost in the park. This is where the concession area starts. Phil heads to the office to sort out our paperwork.

Möwe Bay is a ranger’s camp in the wilderness. There’s a handful of sun-bleached buildings, a research station and a small museum. The midday sun is bright and hot. A jackal sniffs around the buildings while crows squawk on a roof.