The Land Where Stones Sing 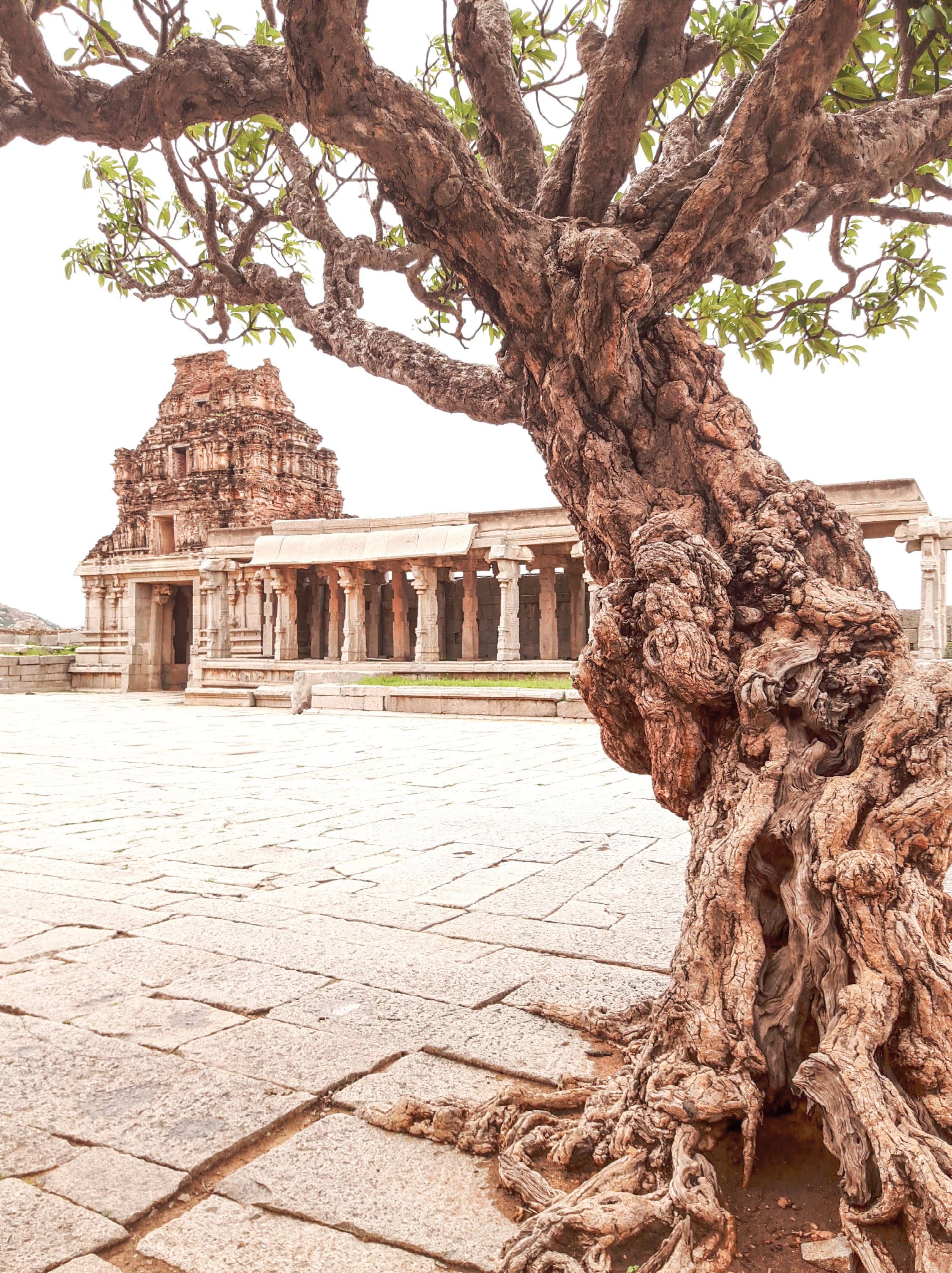 The erstwhile capital of the prosperous Vijayanagara Empire has over 1600 temples, monuments and royal ruins that attract visitors from all over the world. Words & photographs by Charukesi Ramadurai

When I reach the top of Hemakuta Hill after an easy hike from Virupaksha temple located at one end of what used to be the main bazaar road in Hampi, I am surprised to see a solitary Western tourist on one of the old mandapas (open, pillared halls) there. He is sitting crossed-legged, facing the mellow evening sun, eyes shut, deep in meditation. 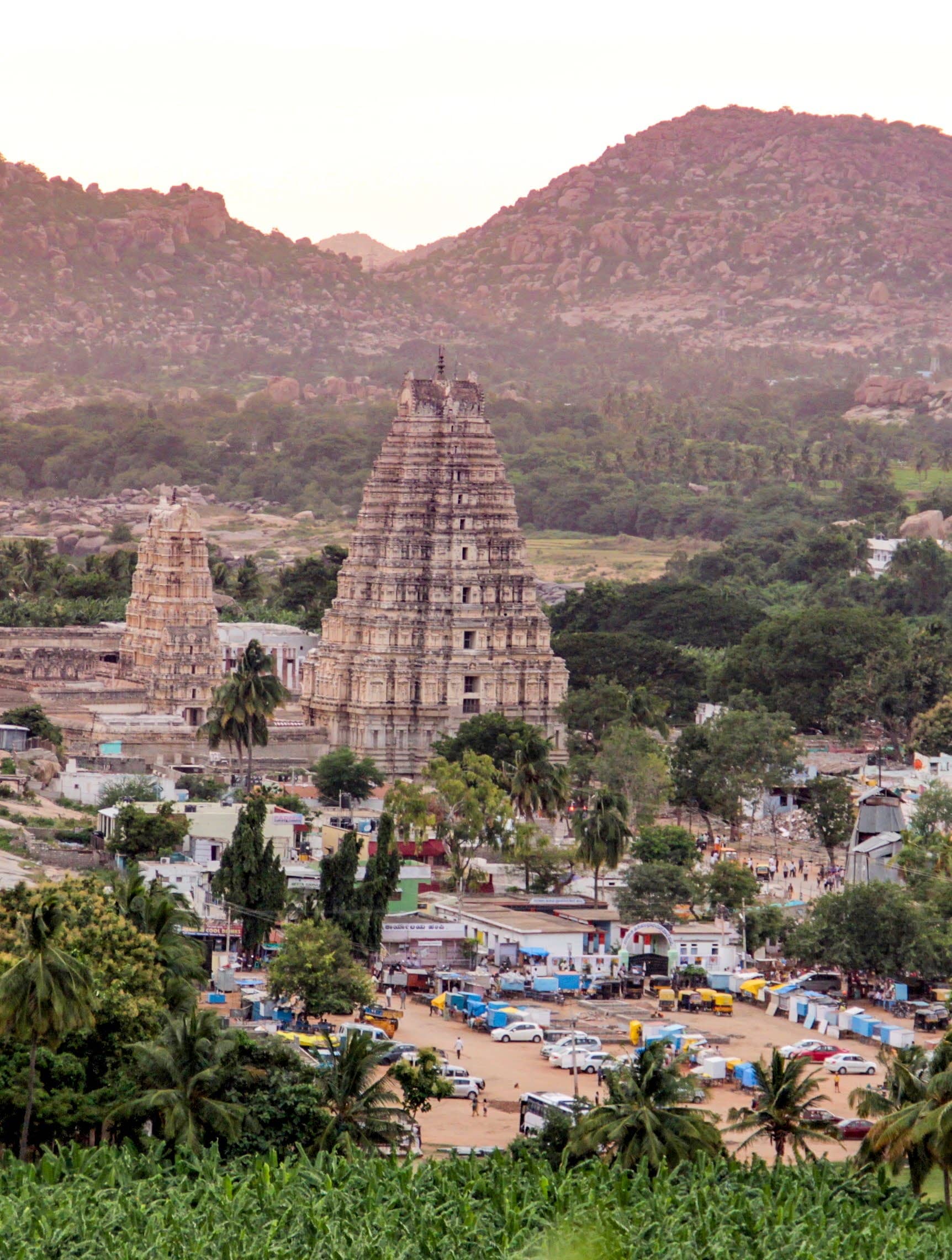 There are many reasons people go up to Hemakuta – to watch the sun set over the rust brown rocks and monuments scattered in the midst of emerald green paddy fields and banana plantations of this unique landscape in south India; to get a bird’s eye view of Hampi’s most spectacular temples, with the River Tungabhadra snaking calmly at a distance; in my case, to get over the fatigue of temple-hopping and the ceaseless songs of these timeless monuments. 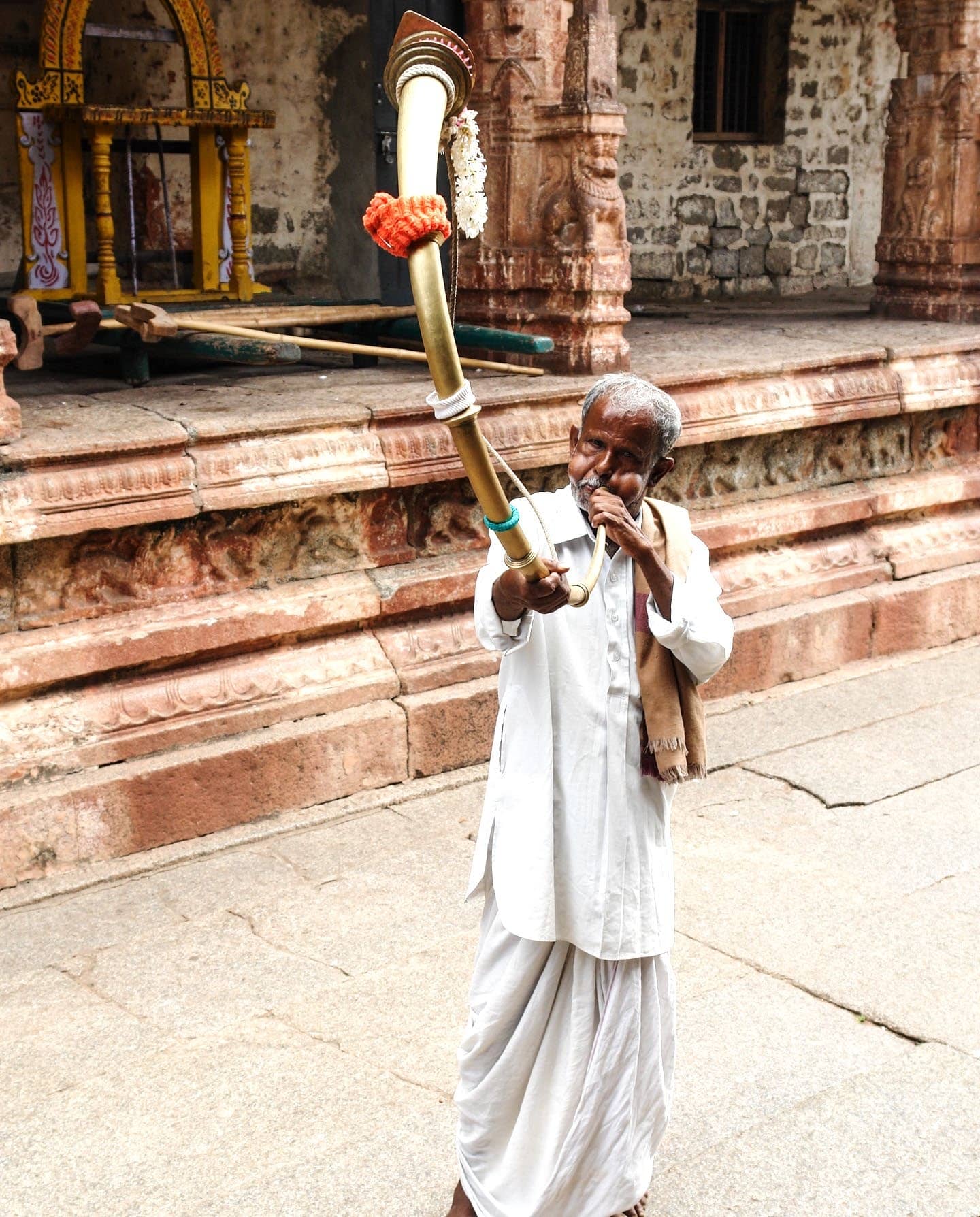 In all my trips to Hampi, I have rarely seen anyone use it as a place for serious meditation. But then, Harihara and Bukka, the founders of the ancient Vijayanagara Empire, who established it as their capital in the 14th-century must have also seen something both peaceful and powerful enough in these miles of barren rocky landscape to make it home. It is the same force that calls me back again and again to stare in awe at its timeless sepia structures. In declaring them a world heritage site, UNESCO describes the group of monuments at Hampi thus: “The sophistication of the varied urban, royal and sacred systems is evident from the more than 1600 surviving remains that include forts, riverside features, royal and sacred complexes, temples, shrines, pillared halls, Mandapas, memorial structures, gateways, defence check posts, stables, water structures, etc.” 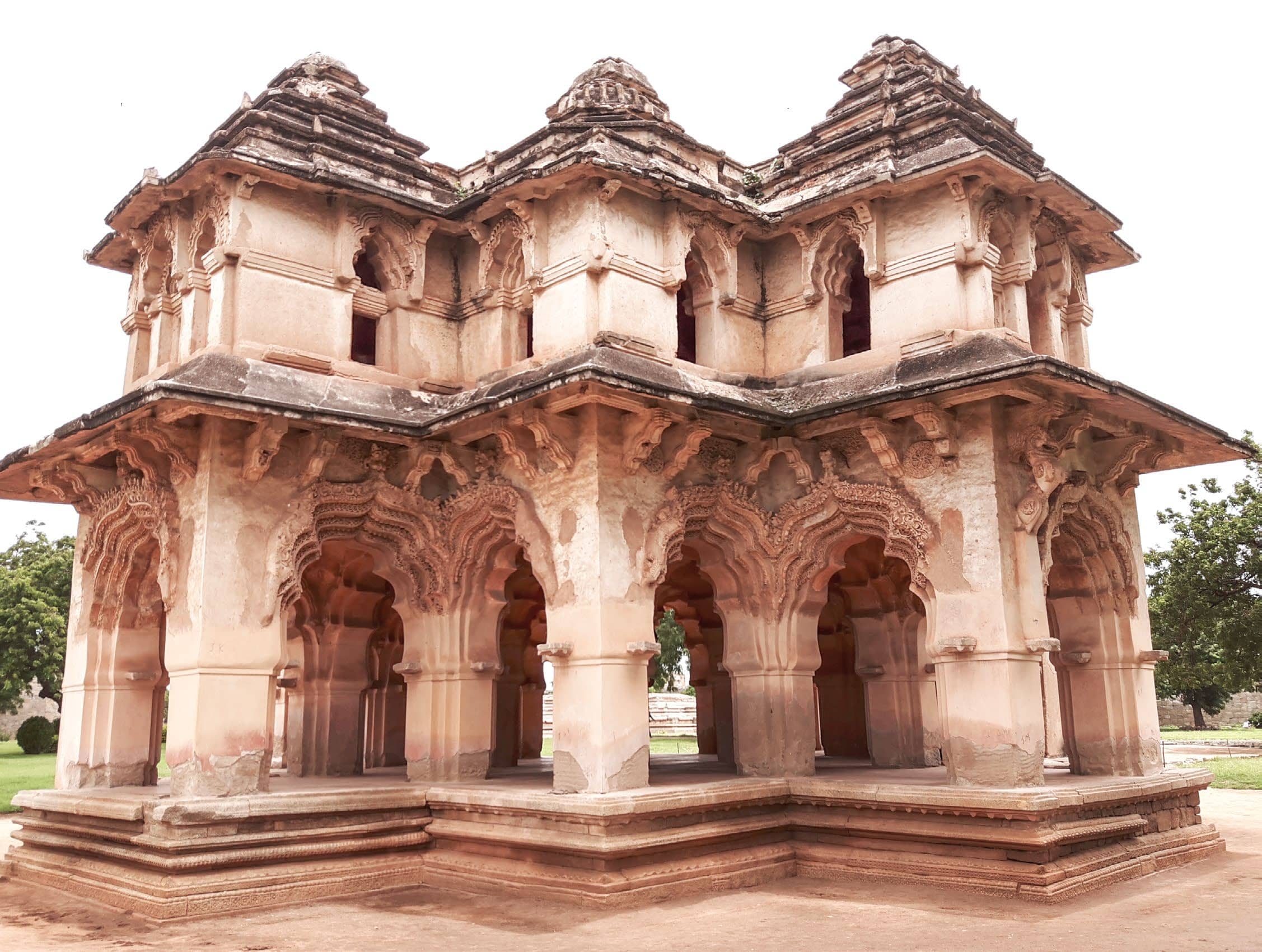