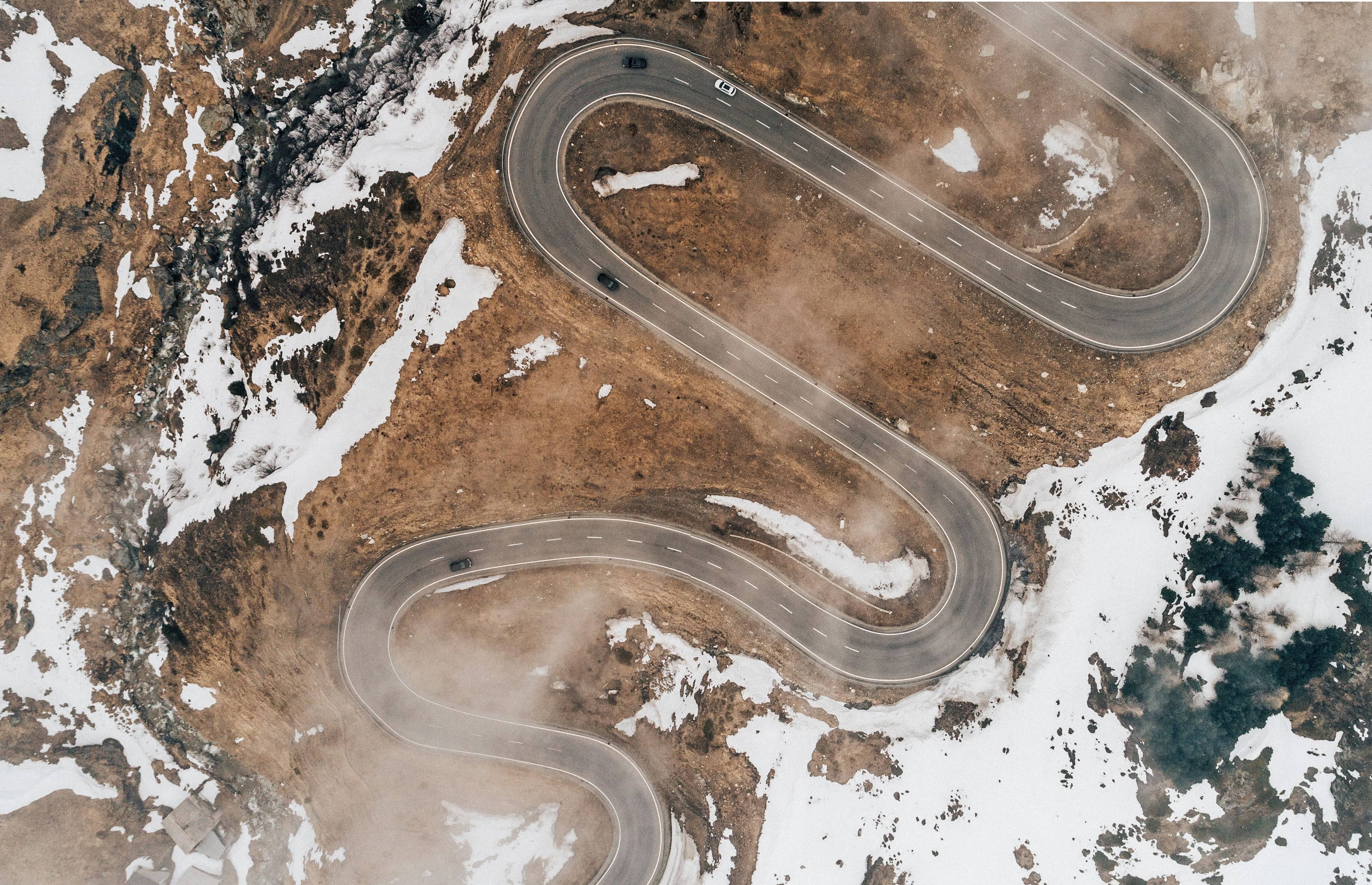 Sky-bursting alpine peaks, memorable road trips, and sports to take you out of your comfort zone, plus fantastic food and drink: switzerland is really bursting with life.

See castles, cathedrals and clock towers on a walk through history

There are two Switzerlands. One is the super-efficient, business-like country renowned for its booming economy and banks. The other is a crossroads of lesser-known stories where Romans, Savoy lords and WW2 fighters left their indelible mark.

Nowhere is such compelling history more apparent than in Bern, Switzerland’s story-riddled capital. The entire core of the 12th-century Old City is worthy of UNESCO status and there is a sense everyone is aware of just how beautiful their medieval map is. To see its most captivating landmarks, don’t miss the Zytglogge Clock Tower, the late-gothic Bern Minster Cathedral, or the renaissance fountains.

From here, it’s an easy hop west by high-speed train to Veytaux and Chateau Chillon, the most visited castle in the country. There’s a perfect marriage of history and environment here and the pomp on display encourages Game of Thrones-style discovery. There are great halls and courtyards, accounts of the Counts of Savoy who controlled the fort and a moat, arsenal and prison to explore.

All of this is backed by the glimmer of surrounding Lake Geneva and mountains of rock, ice and snow in the far distance. 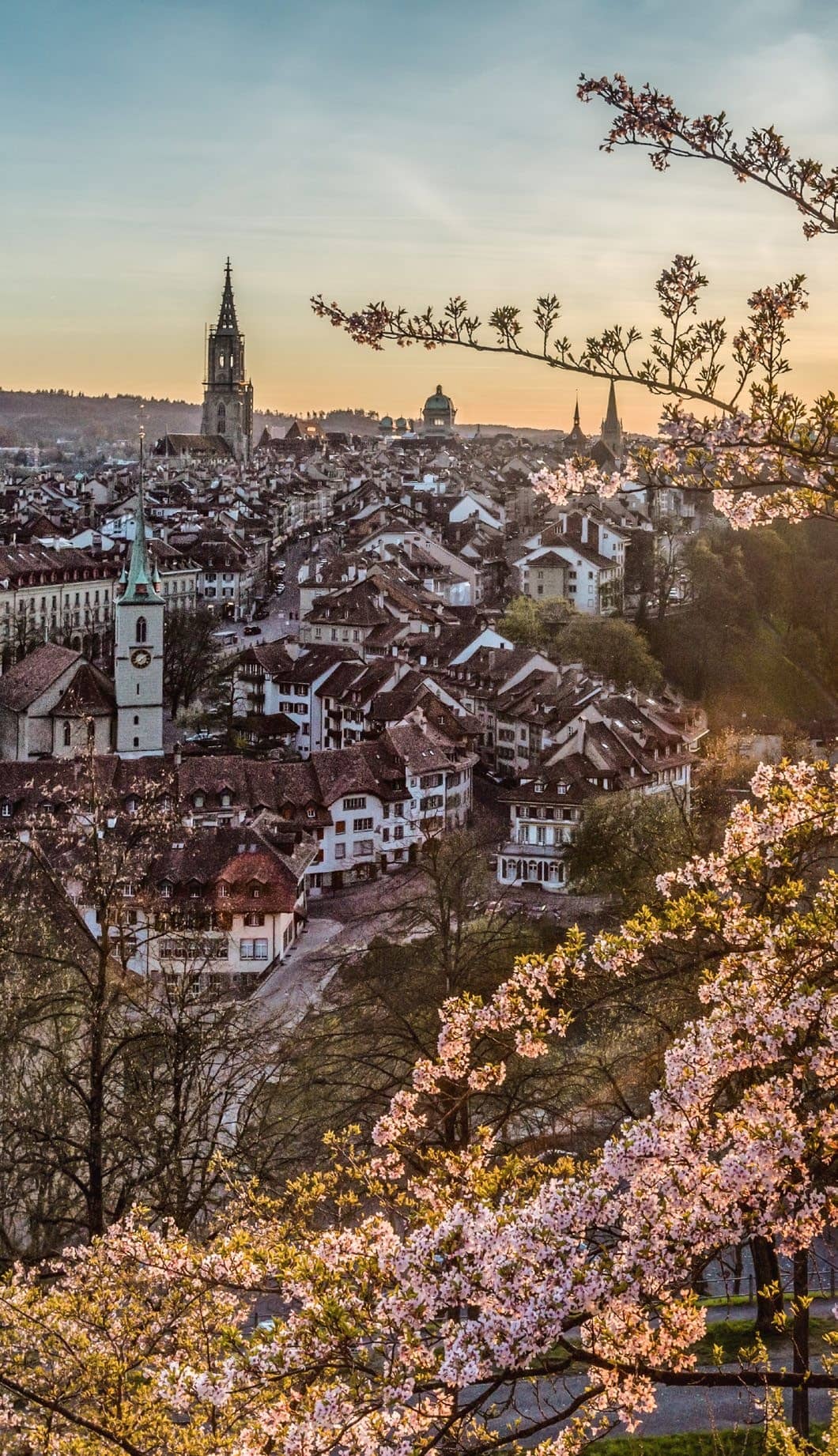 Elsewhere, it’s not too hard to slip farther back in time. Once the capital of Roman Helvetia, the town of Avenches has a fully-functioning Roman amphitheatre, which hosts an opera festival, while the landmark Abbey of Saint Gall in picture-postcard St Gallen to the east lets you wander through living history. It has a rococo library and one of the world’s most beautiful book collections. At Sasso San Gottardo in Ticino, Switzerland’s Italian-speaking canton, history is far better hidden. Here you’ll find a former secret military bunker built in WW2, nowadays open as an intriguing museum.

Too much to take in? Focus on Zurich instead and spend a few hours casually dipping in and out of the collection at the Swiss National Museum. With more than 840,000 artifacts, there are dozens of national treasures, as well as galleries dedicated to some of Switzerland’s favourite pursuits — sledging and making watches. 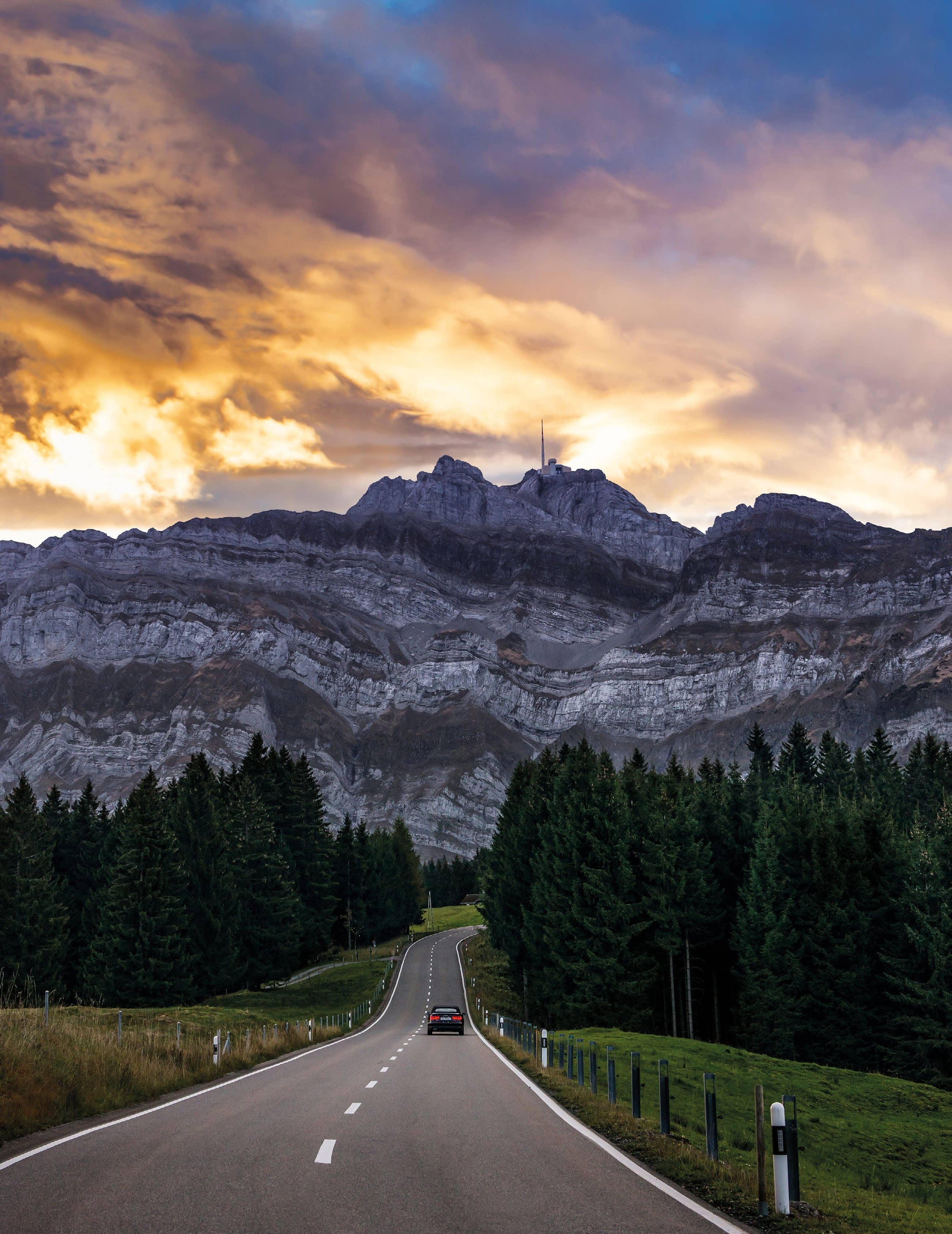 The Grand Tour of Switzerland; an astounding roadtrip through the Alps

While meandering through a maze of mountain passes, cruising along quiet alpine lakes, and charming timber houses, endless stretches of asphalt offer a look inside the pure Swiss soul. A marvellous road trip route The Grand Tour of Switzerland takes you on a thrilling ride along with alpine beauty.

The Grand Tour of Switzerland contains over 1000 miles of panoramic roads and 12 UNESCO World Heritage sites, making it a road trip of mythic proportions. Not only will you witness some surreal scenery and fairytale-like towns like Geneva and Lucerne, this experience also comes with the comforts of soothing Swiss delicacies. At 51 designated outlets along the route you can collect your Grand Tour SnackBox; a picnic package of your dreams with Swiss chocolate, cheese, and fruit juices freshly squeezed from the yards on the country’s rolling hills. To promote eco-friendly travelling through the Alps, the architects of this route have installed enough charging stations to complete the entire Grand Tour by e-car. Once the car is filled up and it’s time to hit the high roads again, you won’t get lost thanks to the GPX maps of the Grand Tour, downloadable for any navigation device. This road trip enables travellers to experience a staggering and wild adventure, without losing the comforts of a ritzy holiday. The Grand Tour leads to several fascinating cities. Zurich with its lush wellness heaven The Dolder Grand Spa, Geneva with boat tours on its pristine lake and an exquisite private lunch under the shade of vines, and Basel with its rich art museums and medieval architecture. The perfectly planned routes, signages and stops translates to a carefree drive along Europe’s most beautiful and scenic roads. For more information : www. myswitzerland.com/grandtour 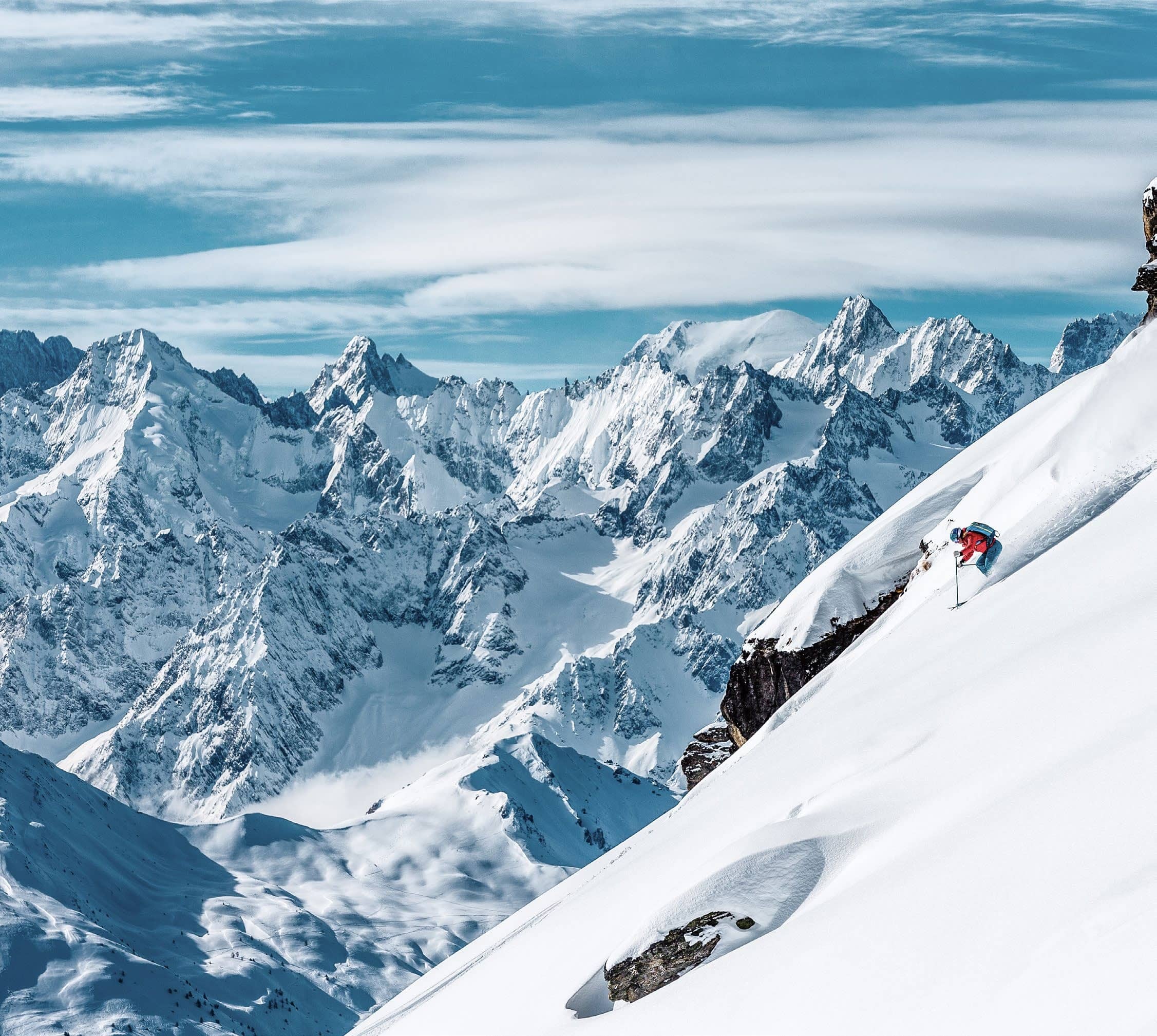 From tennis to ice hockey to skiing, the Swiss know more than most about how to keep active

Roger Federer. The Olympic Museum. FIFA. And let’s not forget the Spengler Cup, the world’s oldest invitational ice hockey tournament, or the Bol d’Or Mirabaud, the world’s largest inland lake regatta. These are just some of the names and events that underline Switzerland’s obsession with all things sport.

Begin by swotting-up on history at the Olympic Museum in Lausanne. As the International Olympic Committee is based in the city, the museum provides a nuts and bolts overview of the competition’s history, including a hall dedicated to Olympic torches and enough sports memorabilia to fill several stadia. Zurich, meanwhile, is home to the world’s football governing body FIFA and its FIFA World Football Museum presents the highs and lows of the world’s most popular sport in high-tech glory. For the ultimate Instagram post, grab a selfie with its most famous exhibit — the original World Cup trophy.

Dominating sporting life are the seasons. While lakes become summer playgrounds for sailors and parks give over to the de facto national sport tennis (blame Federer for that one), the mountains amp up the drama in winter. There are scores of ski resorts, thousands of kilometres of pistes and Nordic tracks to test yourself on. For off-piste powder turns, consider mega resorts Verbier, Engelberg, Davos or Laax, while Zermatt, St Moritz and Gstaad are favourites for another sport entirely — window shopping at luxury boutiques.