10 Things Not To Miss In Bordeaux

When people think wine they think Bordeaux and while the wine here is fantastic, the city also offers visitors a wonderful escape with restaurants, museums and plush hotels, setting up the perfect scene for a French getaway.

An art space open to the public where contemporary artists’ works are exhibited, with the shows updated every time the menu at the Restaurant de La Grande Maison de Bernard Magrez changes. Housed in a château, which is listed as a historical monument, the cultural centre is an open invitation to patrons of the arts who are invited to discover shows by local and international artists. 16 rue de Tivoli, 33000 Bordeaux, 05 56 81 72 77 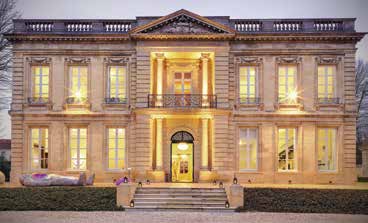 A charming château hotel with only 6 rooms makes this 5-star hotel more of a luxurious B&B-style establishment rather than a stuffy manor-like accommodation. And it is in this charming hotel that you will find the 2-Michelin star Pierre Gagnaire restaurant, simply named the Restaurant de La Grande Maison de Bernard Magrez. Managed by Gagnaire and beautifully executed by chef Jean-Denis Le Bras, the restaurant is a wonderful dining experience where you are met with a culinary symphony accompanied by an outstanding wine list with a who’s who of Bordelais wines including of course wines from La Grande Maison’s owner’s wineries including Château Pape Clément. The menu here is seasonal with an emphasis on local produce, married with flavours of the land and sea, creating a carte with surprising dishes including the duck foie gras with seaweed. The wonderfully talented chef is also a whizz in creating degustation menus for both vegetarian and vegan diners, not an easy feat but one that the chef beautifully and masterfully delivers. 10 rue Labottière, 33000 Bordeaux, 05 35 38 16 16 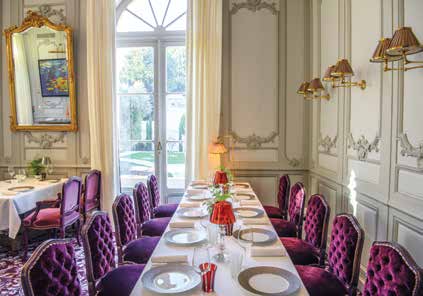 Built between the 12th and the 14th centuries, the cathedral is a national monument of France and where Eleanor of Aquitaine and Louis VII were married in 1137, just a few months before she became queen. The architecture of the cathedral is of Gothic style with depictions of religious scenes and gargoyles detailing its doors. The cathedral is open daily. Place Pey Berland, 33000 Bordeaux, 05 56 52 68 10 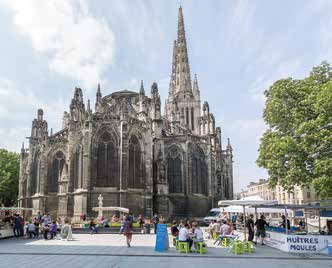 MORE STORIES FROM WHERE PARISView All