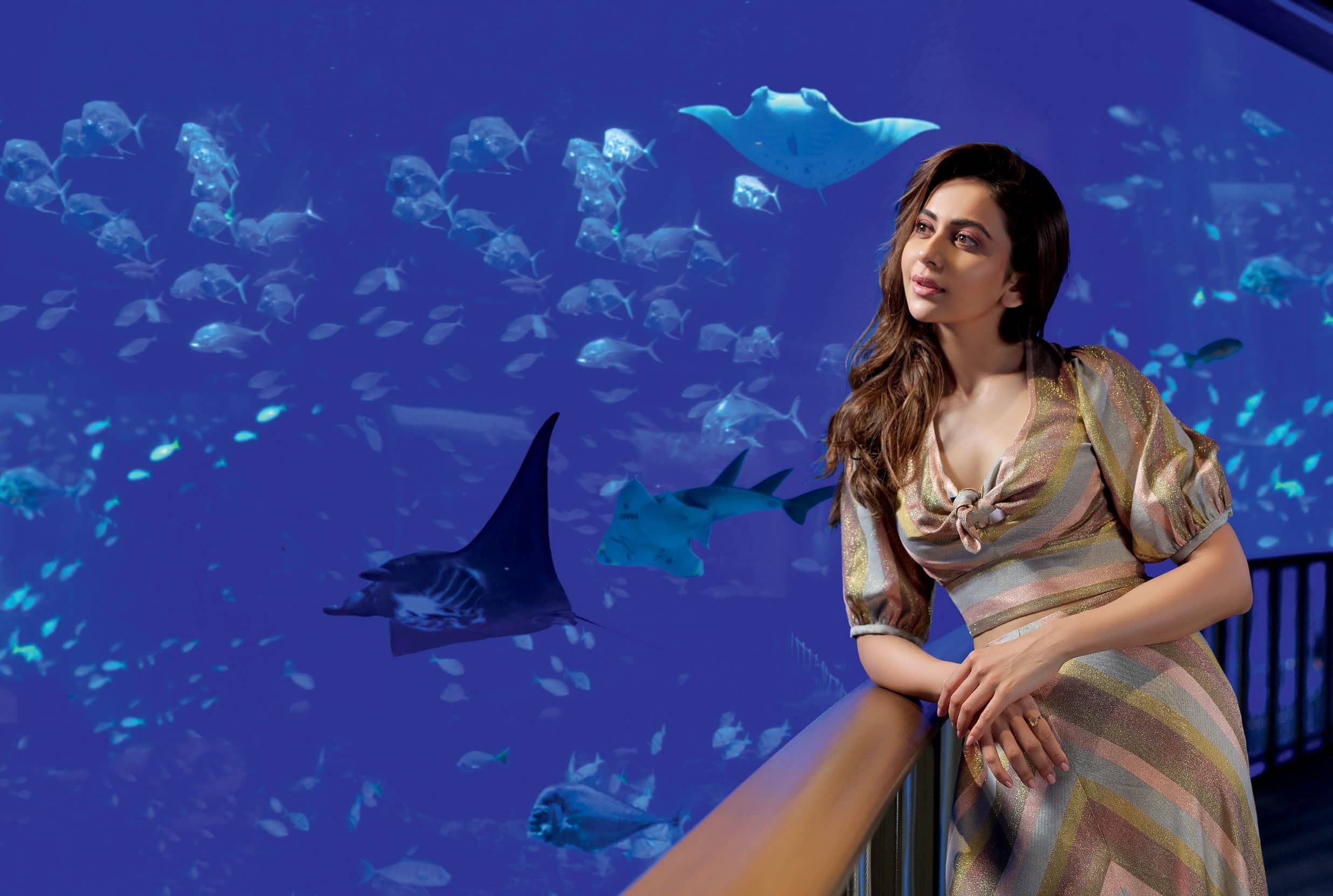 With The Award-Winning Resorts World™ Sentosa Singapore As Our Playground And Actor Rakul Preet Singh Looking Like The Proverbial Dream Girl, Travel+Leisure India And South Asia’S June Cover Shoot Turned Out To Be A La-La Land Lark.

Rashima Nagpal
Over the last one year, we have shot our covers at a wide range of locations—from exotic lands like Israel to iconic cities like New York and Paris. But when I learnt that the cover for our annual Asia issue would be shot at the glorious Resorts World™ Sentosa Singapore, I knew this time would involve an entirely different kind of fun.

At India’s Best Awards 2018 organised by this publication, Resorts World Sentosa won the title of Best Integrated Resort, the same year Singapore was voted the Best Family Destination. Meanwhile, at the TTG Travel Awards which recognise the best in Asia Pacific’s travel industry, the resort has been winning top honours in the category of Best Integrated Resort for eight consecutive years since 2011. Be it couples on honeymoon or families of any size, a variety of visitors can be found having truckloads of fun at any given time of the year here. That is the best thing about an integrated resort, and specifically, about Resorts World Sentosa—it comes with dozens of different experiences for all moods and ages. Located on Sentosa Island, this iconic family destination is home to Universal Studios Singapore™ (winner of the Best Amusement Park at India’s Best Awards 2018), the larger-than-life S.E.A. Aquarium™, plenty of elegant hotels and restaurants, a fun waterpark, quaint promenades, a wellness sanctuary, world-class entertainment, and much more. What gives Resorts World Sentosa brownie points among foreign tourists is the fact that it follows English as its primary language as opposed to its counterparts elsewhere in the continent.

On the day of the shoot, after snoozing through most of the flight, I was happy to be driving to my destination with a fresh mind. I had just begun to make sense of the Singapore cityscape when the car took a sharp left onto a bridge that seemed to lead to a different world altogether. I slid the window down to listen to the sound of water gushing beneath us, gaze at the European street lamps flanking the road, and squint at what looked like a castle craning its neck in the distance. The air smelled of dreams and cotton candy.

As soon as I entered the world of Resorts World Sentosa, I knew that picking a few spots on this massive dreamland and capturing its essence was going to be a challenging task. 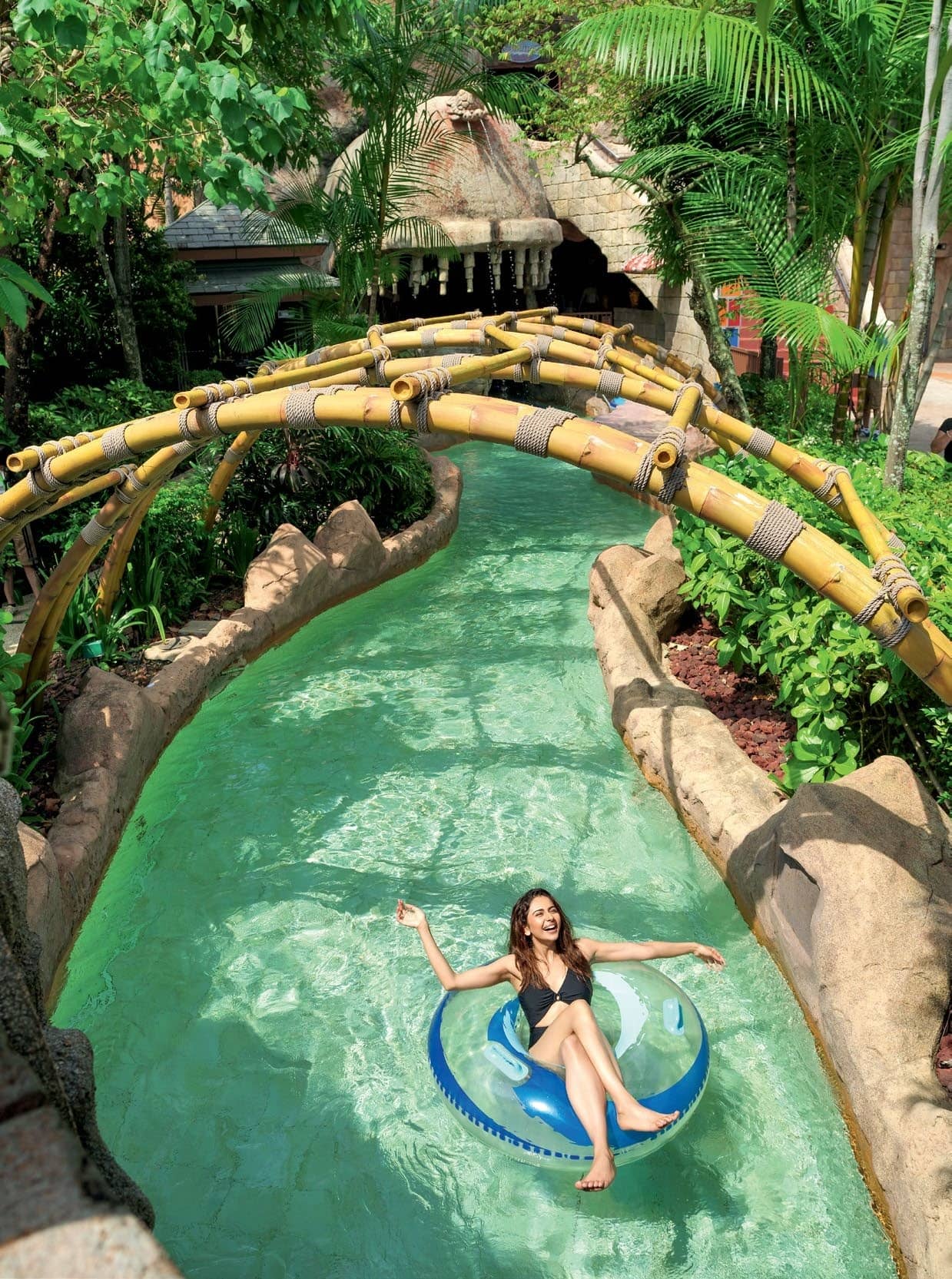 After witnessing the kind of energy the theme park hosts, it’s safe to say that Universal Studios Singapore is the beating heart of the integrated resort. No matter how young or old you are, walking through its gates gives you an adrenaline rush. It houses seven zones with themes like Hollywood, New York, Sci Fi City, Ancient Egypt, The Lost World, Madagascar, and Far Far Away spread over 20 hectares. In this spectacular setting, you can experience a riot of thrilling rides, entertainment shows, and a host of other attractions.

If Universal Studios Singapore triggers an adrenaline rush, then the S.E.A. Aquarium offers a surreal sense of calm. One of the world’s largest aquariums with over 1,00,000 marine animals representing 1,000 species, it serves as an insightful lesson for any underwater enthusiast and a wonderland for the uninitiated. While a guided tour of its 50 habitats—from the Open Ocean Habitat to the Coral Garden— is bewitching on its own, interactive conservation programmes and close-up encounters with the fish are also on offer for those keen on immersive experiences. 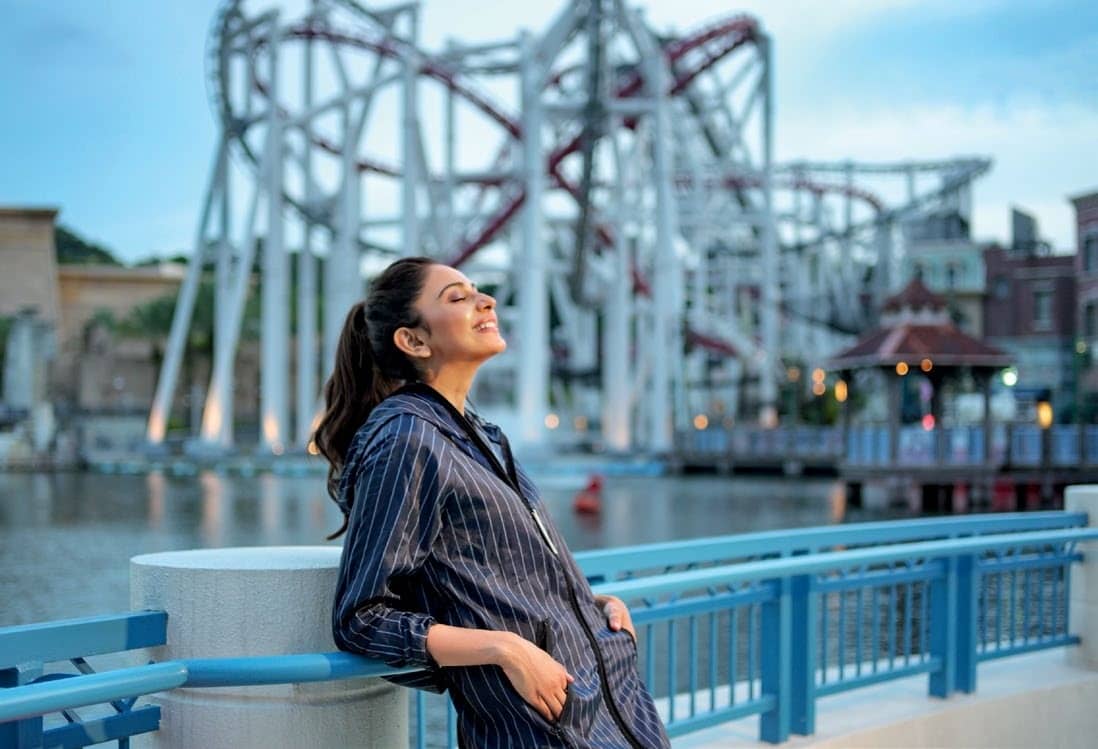