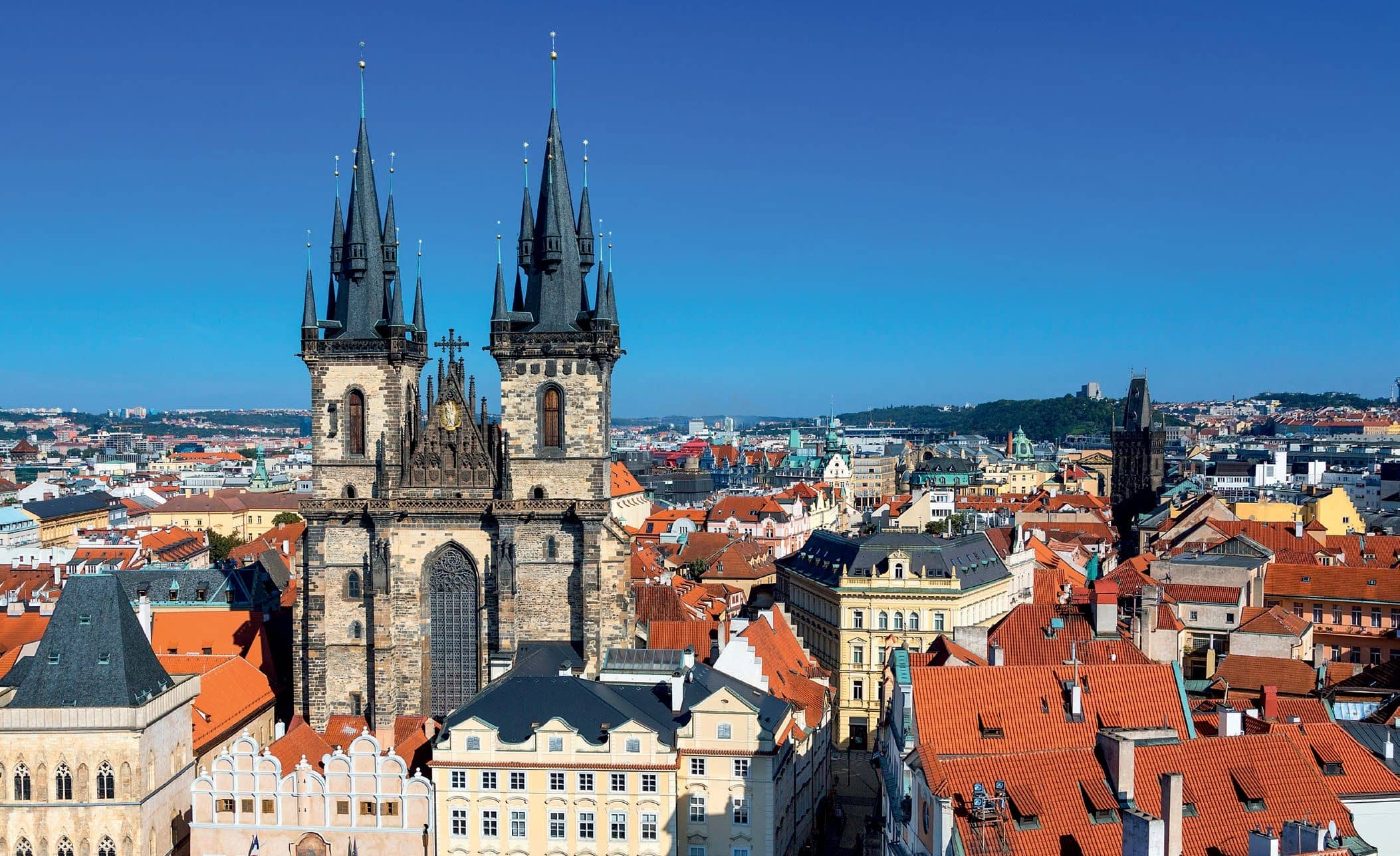 The Czech Republic had long been on my wish list, but life kept getting in the way of my actually being there—mainly because I assumed it would be wasted on the children

From all the pictures I lusted over, I imagined myself strolling on cobbled streets, breathing in the Gothic spires and enchanting views, pausing for coffee at a chic cafe. Not quite the place to be towing two energetic children around. When I finally made it, what a pleasant surprise it was—so much more than I had imagined.

Prague is one of the few great cities of Europe to have escaped large-scale destruction during World War II, leaving it with a wealth of original architecture. The historical core of Prague is a UNESCO-listed World Heritage Site. It is bisected by the Vltava River, the iconic Charles Bridge a good reference point for any wander. I began on the east bank, strolling down Wenceslas Square in the general direction of the river. The square is misleadingly named—a long, wide street skirting the Old and New Towns that takes a while to explore. There is so much to examine, from the National Museum at one end to quirky street sculptures along the way.

Hampered only by having to stop and stare, I made my way to the Old Town Square. The buildings here stand as living memorials to various phases of Prague’s history. The Square was founded in the 12th century and is presided over by the medieval astronomical clock, the Prague Orloj. Local legend dictates that it must be kept in good working order or else the city will suffer. While I was there, the clock was shrouded for renovations and just days away from unveiling. At the centre of the Square is a statue of Jan Hus, the 15th-century religious reformer who was burned at the stake for his beliefs. The Church of Our Lady before Tyn is a 14th-century Gothic building, while the Kinsky Palace, which now houses the National Gallery, was built in the 18th century at the height of the Rococo era. 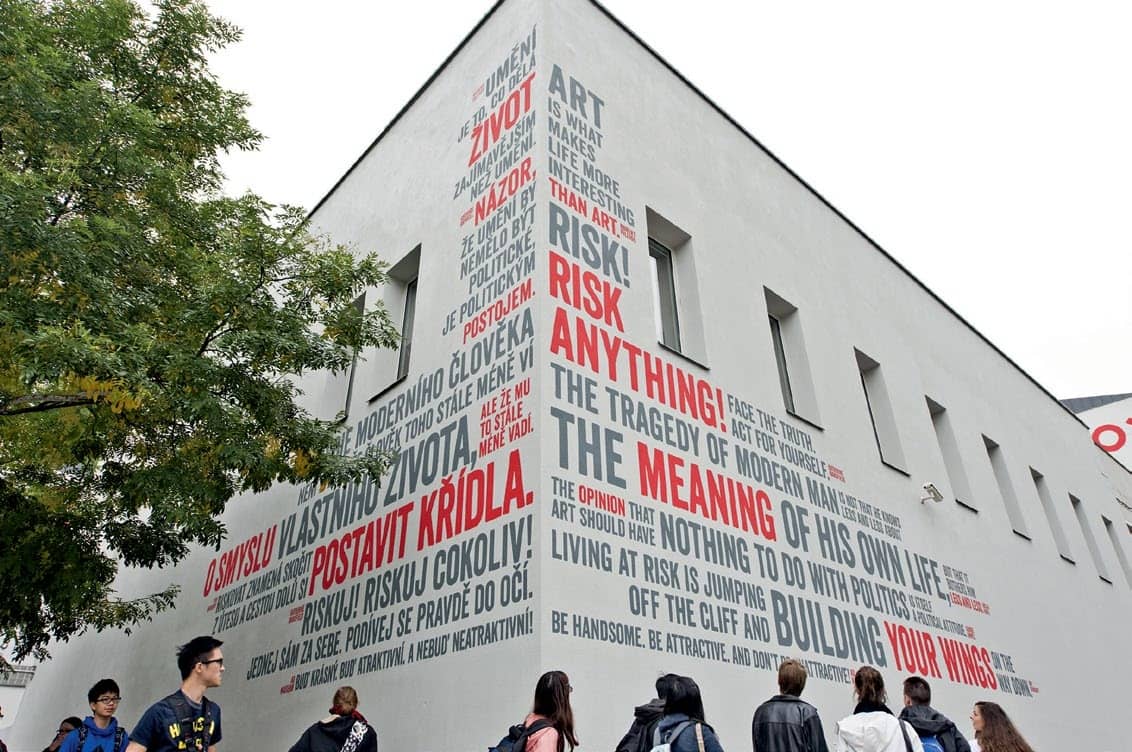 I walked along the historic Jewish Quarter and on to Parizska Street, the mecca for luxe shopping. Considered the most expensive piece of real estate in the Czech Republic, the street is lined with a series of luxury brands, including one of the largest Louis Vuitton stores in the world.

Close to Charles Bridge, and rapidly running out of steam, I hopped on to one of the several river cruises available on the banks of the Vltava. While this is a fairly ubiquitous activity in many European cities, I highly recommend doing this in Prague—the views from the water are stunning. 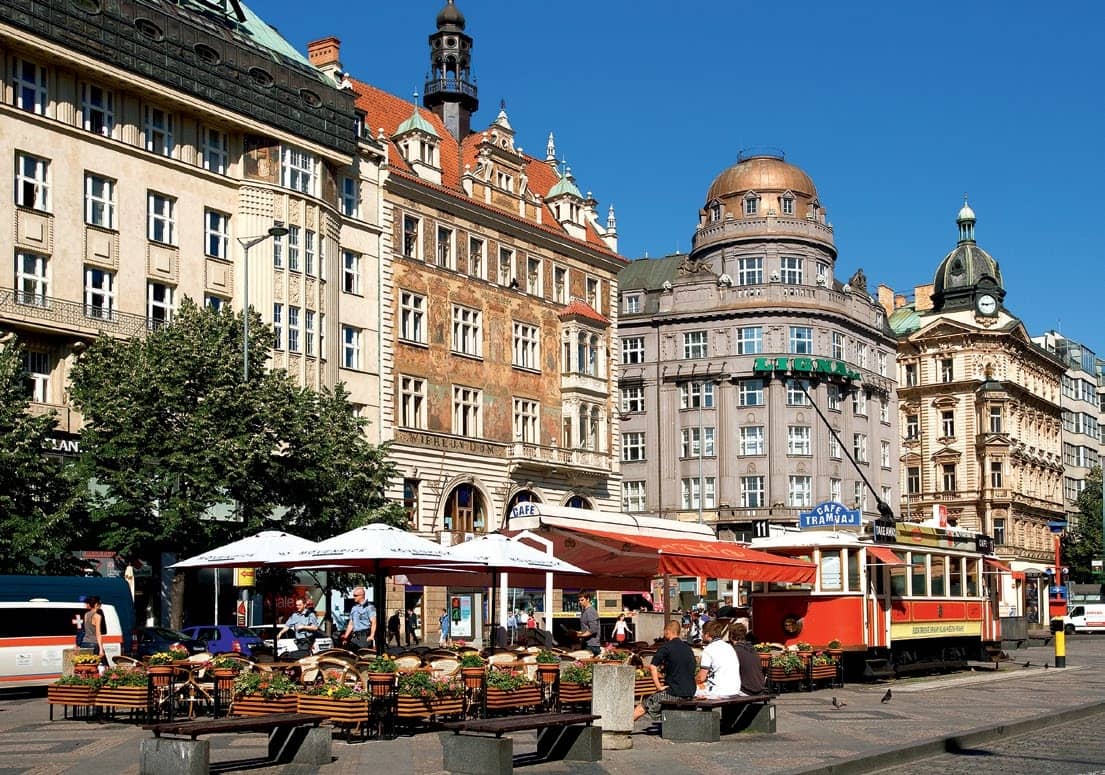 The next morning, I explored the west bank. Charles Bridge, constructed in the 14th century during Charles IV’s reign, is the oldest of the 17 bridges spanning the Vltava. It is lined by 30 statues, though the one I was looking for was St. John of Nepomuk. This unfortunate saint from 15th-century Bohemia refused to divulge the queen’s confession to the king and was thrown off the bridge for this discretion. It is believed that wishes made to his statue always come true. I soon came upon it, distinguished by the shiny golden patch on the plaque at its feet, where it has been rubbed by thousands of hopeful visitors. 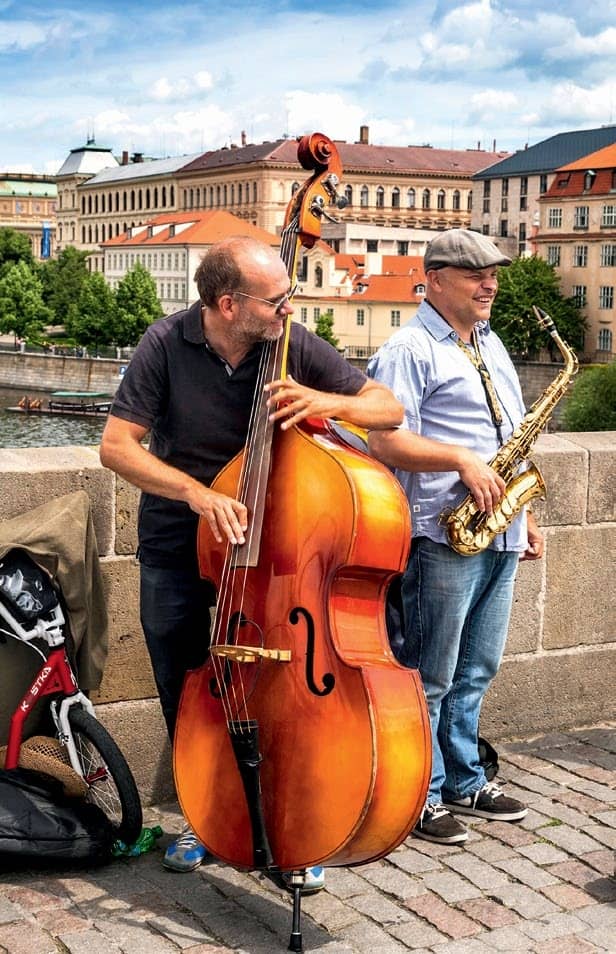 Prague Castle was my next stop. The largest castle in Central Europe, it dates back to the ninth century, with many buildings added to it through the ages. Today, it serves as the seat of the president. There are many unique buildings in the castle complex, but St. Vitus Cathedral is undoubtedly the highlight. Afterwards, I joined visitors thronging the Golden Lane, so called because of a legend that it once housed royal alchemists. At Number 22, I peeked into the house where Franz Kafka lived and worked.