A HOME FOR HERITAGE 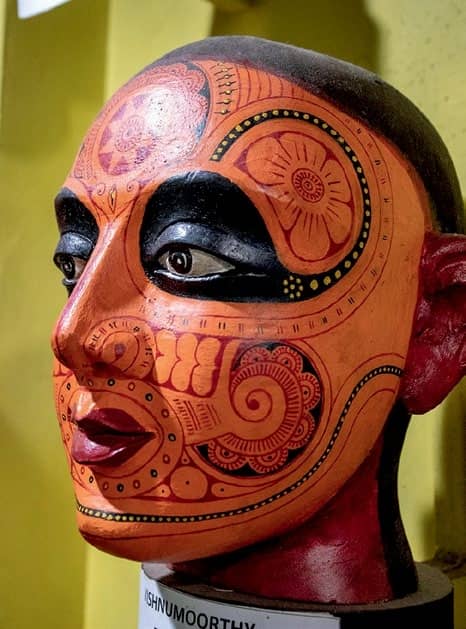 It is not often that eclectic ancient artefacts of a region find their home in a structure that is equally impressive in its historic and creative value. This is what makes the architectural masterpiece of Kerala Folklore Museum so unique.

IT’S A RELATIVELY NEW BUILDING, just a few centuries old, that took seven and a half years to build. The elegant three-storey edifice of the Kerala Folklore Museum (keralafolkloremuseum.org) in Kochi has the bones and sinews of 25 antique structures that meld together to make a seamless cohesive whole.

The museum, with its attractive wood and laterite facade, is family-run and pops with colour, stocked as it is with over 6,000 artefacts of every age and stripe. The focus of the collection is on South India, particularly the coastal state of Kerala, and was amassed by a sole art dealer, the late George J Thaliath. This was a man driven by an overwhelming passion to unlock the mysteries of the past and save the state’s cultural heritage. 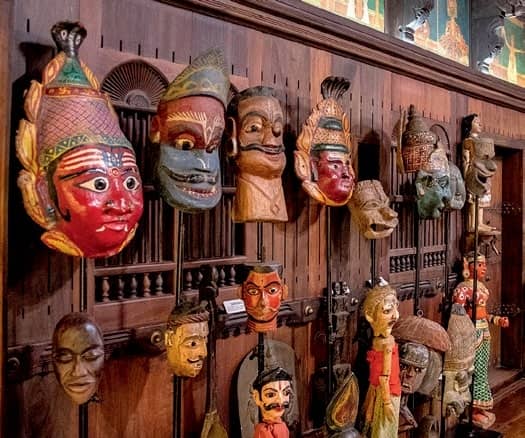 But the museum is not a textbook history lesson. There is a sense of creative chaos here, artistic anarchy almost, of shifting colours, time, and space as though one is gazing through a kaleidoscope. When we visited the museum this February, it quickly became evident to us that for George and his wife Annie, the past was a giant jigsaw puzzle of carelessly discarded pieces of history that they tried to fit together as neatly as they could. And the museum was their playground.

While the treasures within are an eye opener, the edifice, too, is a labour of love. A massive 700 cubic metres of wood, extracted from old crumbling homes, was restored and assembled by 62 skilled woodworkers. “We approached several architects but finally designed the building ourselves with the help of a structural engineer,” said Annie, whom we met while wandering the fragrant confines of the museum. (Annie now owns and runs the museum with the help of 16 staffers, and her son, 27-year-old Jacob.) It’s the only architectural museum in Kerala, claimed Annie, and the building embodies three styles—of Malabar, Cochin, and Travancore—typical of north, central, and south Kerala.