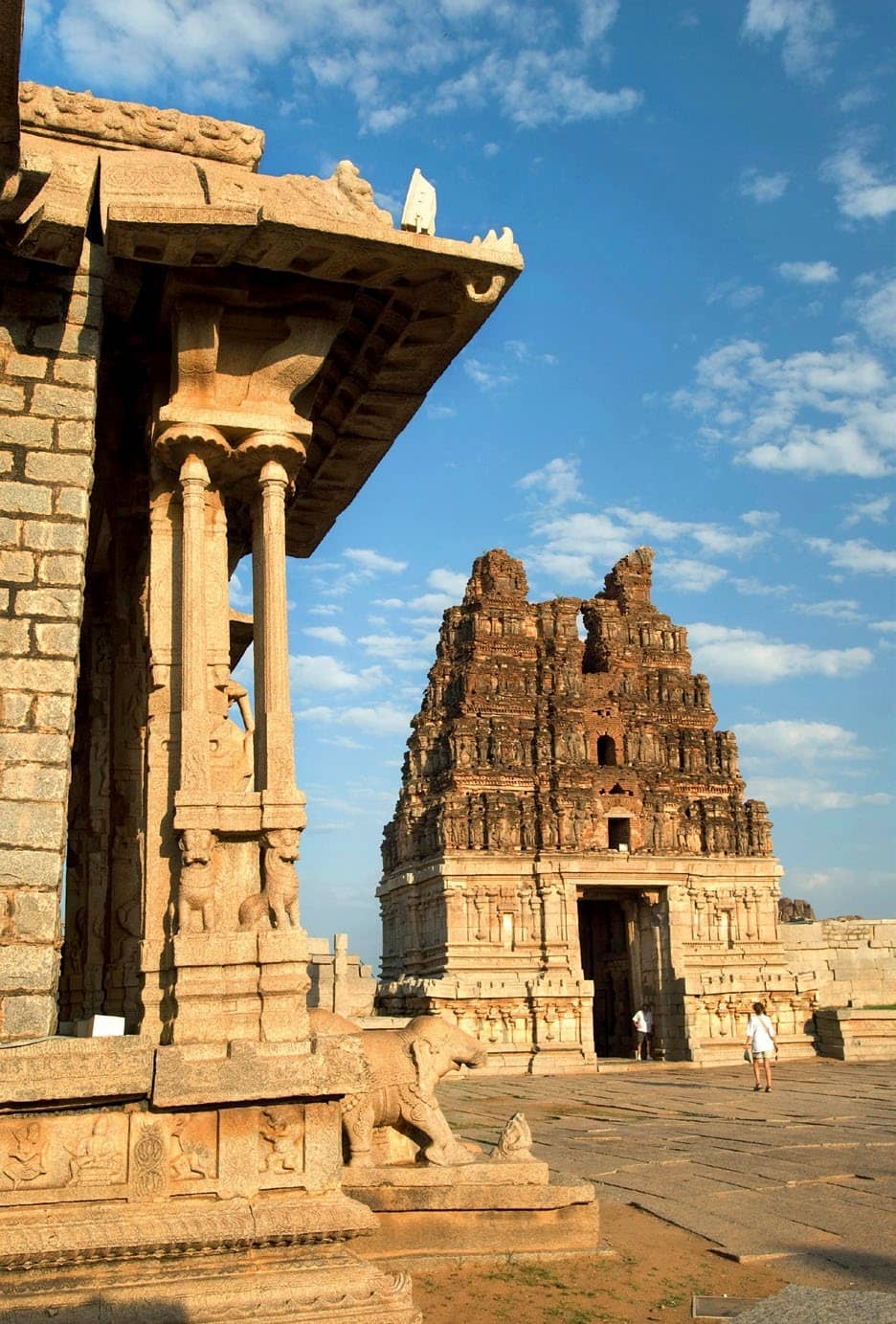 Every rock in Hampi, Karnataka has a story to tell, and it's best heard if you give it time. Join Shikha Pushpan on a bicycle tour through the last standing testimonies of an illustrious empire.

WHAT IS TODAY earmarked as an ancient village in Karnataka was once twice the size of Paris and the second largest city in the world after Beijing. Hampi was the celebrated capital of the Vijayanagara empire—the traces of which can be followed across its boulder-strewn landscape. A few miles away from these ruins sits the Evolve Back Kamalapura Palace, Hampi, our base for the trip and an extension of the Vijayanagara architecture. With a gearless cycle, a jumbo tumbler, SPF50 sunscreen, and a sunshade hat, I set out to navigate the arid landscape of Hampi and unravel its many secrets, one stop at a time.

Start your day early to enjoy exclusive access to the Vijaya Vittala Temple in the Vithalapura suburb. Considered the most ornate example of Vijayanagara architecture, the 16th-century temple is housed in a sprawling complex, alongside several other smaller temples, pavillions, enclosures, and halls. The temple is located 10 kilometres from the main town. Therefore, it is advisable to start riding early to avoid the harsh sun and be among the first few visitors. The intricate, multi-storeyed gate rises at the end of a two kilometre-long path, which earlier served as the Vittala Bazaar, a popular site for trading horses among locals and foreign traders. What used to be pavillions selling diamonds and other gems lie in a dilapidated state today, parallel to the nearby River Tungabhadra. Park your bike at the dedicated parking lot, and either walk or take an e-rickshaw to reach the temple complex. Inside, the iconic stone chariot—built out of giant granite blocks and carved with mythical battle scenes and floral motifs—welcomes visitors. The Maha Mantapa or the elevated main hall lies in the inner courtyard and comprises four smaller halls—each supported by decorated pillars featuring intricate carvings that depict scenes from everyday life in Vijayanagara. However, the most amusing section is the Ranga Mantapa, where 56 pillars produce different musical notes, giving them the popular moniker, ‘musical pillars.’ Open 8.30 am-5.30 pm; tickets priced at 10.