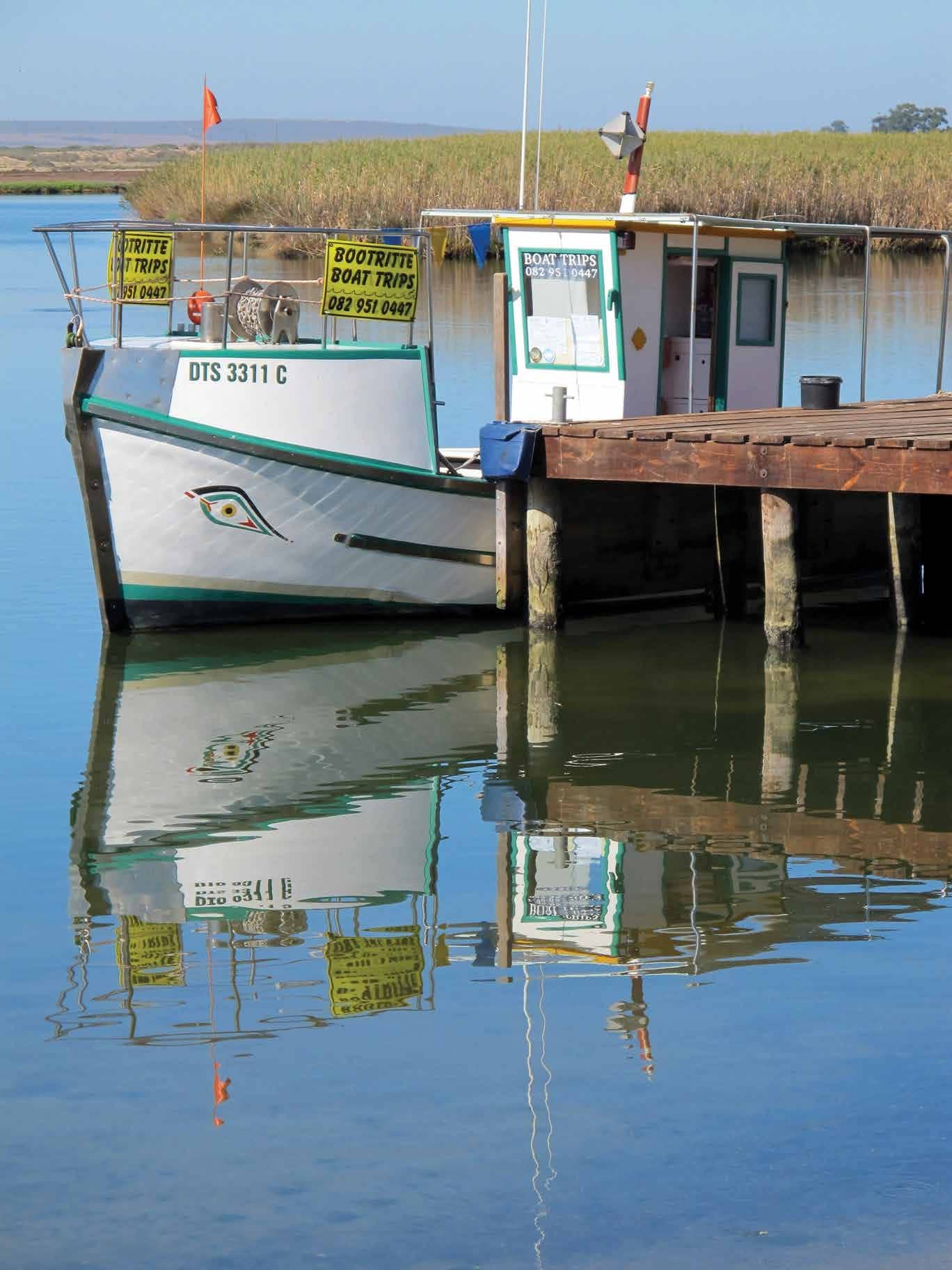 Velddrif on the West Coast is a place of extremes. Here arid earth meets the Berg River and both bokkoms (dried, salted fish) and birdlife are plentiful

“Velddrif is full of weirdos, but they are salt-of-the-earth people,” says long-time resident Dan Ahlers with a cheeky smile. “All the hardcore fishermen in town were my childhood friends, but they still call me die Engelsman [the Englishman].” Ahlers, affectionately known as Dan the River Man, runs popular boat trips up the Berg River to view prolific birdlife. He knows the river backwards.

“Be careful,” he warns, as we step off the jetty along Bokkomlaan and into his comfortable river boat. All seated, we pull off slowly into mid-river and idle along quietly. “We don’t disturb anything as we go,” Ahlers says, “and there is no need to rush.” He explains that there are over 200 different species of waterbirds along in the river “and that’s not counting the migrants from Europe that come to escape the cold, or the many other species in the estuary.” Velddrif is also renowned for its flocks of flamingoes and pelicans, and birding hotspot Rocherpan is just up the road too. There is more than enough to see right here though, and Ahlers knows just where to find an assortment of interesting species. An hour later we are back on dry land and feeling chilled.

As we walk up the jetty to the sand road that is Bokkomlaan, Ahlers tells us that he first came to Velddrif as a child in the sixties, but he is still considered by locals as ‘van oor die brug’, because he wasn’t born here. The bridge refers to the white Carinus Bridge that spans the Berg River into Velddrif. “The bridge replaced the pont that used to ferry people from one side of the river to the other until 1950,” explains Ahlers, “which is how Velddrif got its name: a drift between two pieces of veld.”