All Eyes On Santiago 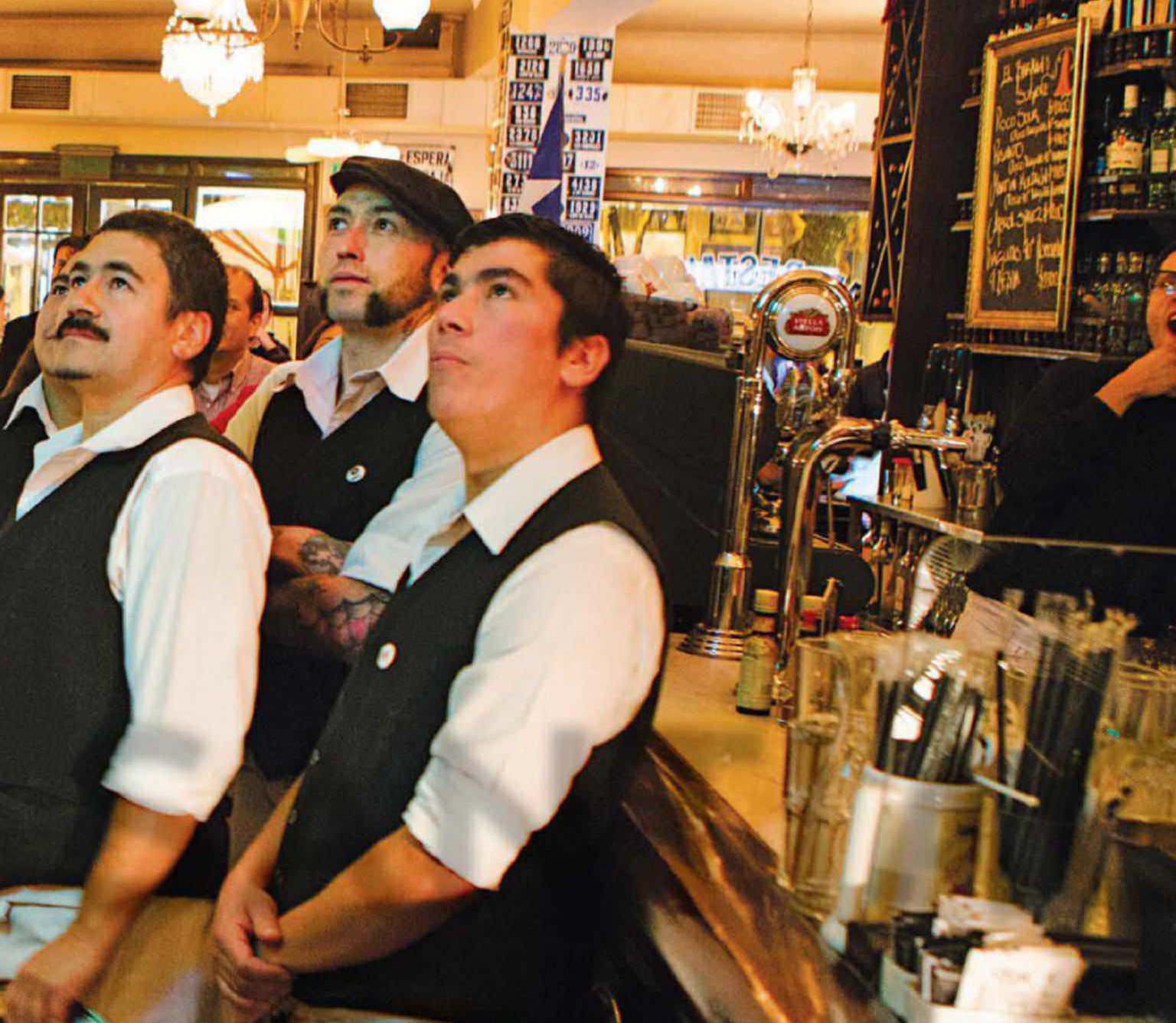 In the lab above the dining room of his renowned restaurant, Boragó, Rodolfo Guzmán wants to show me his latest science experiment: carrot sticks injected with penicillin. They’ve grown furry and turned white.

“Their insides will become creamy and take on a cheesy flavor,” he assures me. “Like Camembert.”

The lab, in the upscale Vitacura district of Santiago, Chile, is outfitted with a galley kitchen, microscopes, piles of books—some on Patagonian cooking, others on alpine flowers of the Andes. “Menos es Más” is scrawled on a blackboard charting the decomposition of vegetables. Less is more.

This wiry, blue-eyed chef, who labored in obscurity until recently, may best personify Santiago’s new culinary scene. A botany enthusiast, he conducts epic foraging expeditions with his staff to source rare ingredients. The lab is continuously codifying new recipes, like the carrots, for a hyper-seasonal menu that draws from 700 dishes already in the inventory. And he’s obsessed, positively obsessed, with mushrooms, including one variety that grows only in the trees of his hometown’s urban parks. In a city that barely registers on most Latin America bucket lists, Rodolfo Guzmán is the reason to show up for dinner.

Founded in 1541 by conquistador Pedro de Valdivia, Chile’s capital is formally called Santiago del Nuevo Extremo, a marvelous demarcation for the latitude and attitude at this southerly extreme. Located in the fertile Central Valley, midpoint for a 2,650-mile-long republic, Santiago is a city whose luck has finally turned: With the dark deeds of Augusto Pinochet firmly in the past, it is now poised to join Lima, Buenos Aires, and São Paulo in South America’s culinary vanguard. Instead of rushing through to elsewhere, as I’ve done before, it’s finally time to give this emerging food scene a closer look.

Boragó is unquestionably Santiago’s restaurant of the moment and Guzmán’s enthusiasm part of a recent local movement to create greater awareness for the bounty of a diverse republic. Travel the country’s 38 latitudes and you’ll find icy tundra, bone-dry desert, and subtropical islands, with wide-ranging ingredients to match.

“We’re cataloging the whole country,” Guzmán tells me, as we set off from the lab on a collection run for sea parsley and ulte (a hardy type of kelp) at a beach an hour northwest of Santiago. Guzmán and his collaborators are currently working on a multivolume archive of edibles specific to Chile.

And it can’t happen soon enough. I cribbed a dozen Spanish-toLatin-to-English databases in an attempt to identify the plants and proteins—boldo, moye, rica rica, kolof, piure, guanaco—that he uses in the kitchen. As far as he’s concerned, to truly understand a land, you must understand its ingredients.

“Without culture,” he tells me, “you cannot have your soul. And food is culture.”