A Table In Havana 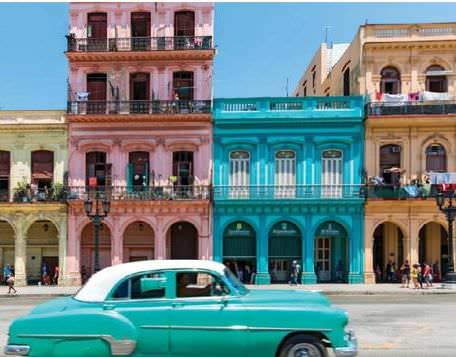 In Cuba's readily changing political environment, in-home restaurants known as paladares are proving to be particularly robust incubators for innovation.

The only salt sold in Cuba is the iodized kind, packaged in plastic bags and parked on low grocery shelves. So when Niuris Higueras travels outside the country, she returns with suitcases stuffed with flaky sea salt.

“Twenty kilos of sea salt, yes,” Higueras says, ticking off a list. “Sesame seeds, separated into black and white, because you only get a sort of mixed sesame here. Curry spices—not in their individual plastic containers, but in larger bags to save weight. Hand towels for the bathrooms...”

We’re in the main dining room of her popular Havana restaurant, Atelier—a long, high-ceilinged, church-like space on the second floor of a Spanish colonial home, shot through with light and wind from the high open windows. The aesthetic is graceful grandma chic, all heavy, curved wood furniture, vintage tableware, 1950s radios, and modernist Murano glass ashtrays. Lunchtime guests, including a group of 30 tourists, clink glasses and laugh as white embroidered tablecloths puff in the breeze. While Higueras details her shopping list, an American diplomat and his wife, off to their next posting in a few weeks, eat dishes seasoned with the spices she brought from Miami a few weeks ago. 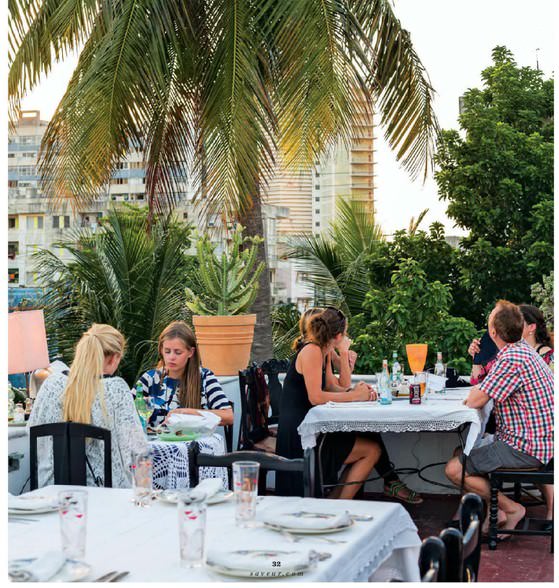 In Cuba, in-home restaurants like Atelier, known as paladares, were legalized in the 1990s but limited by idiosyncratically enforced regulations: a maximum of 12 seats, no beef or lobster, only ingredients purchased at state stores, at least two “family helpers” as staff. Those restaurants that survived despite the restrictions possessed a speakeasy ambiance and exclusively served Cuban food. In 2011, nationwide economic reforms loosened regulations, and in short order, paladares— some selling comparatively exotic Indian or Spanish food—outstripped state-run restaurants in both number and popularity.