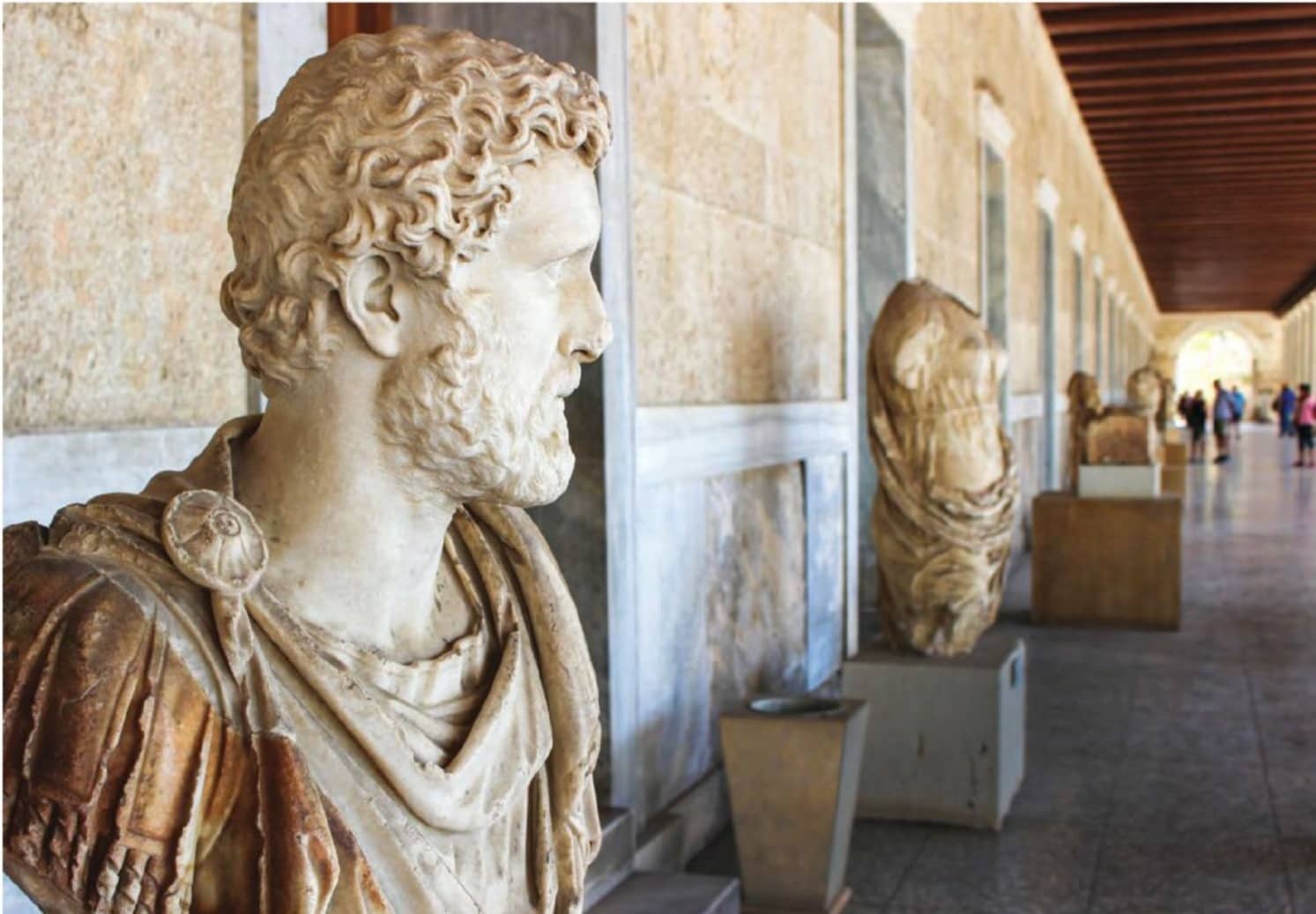 Athens is where ancient history meets the modern world, as ruins stand opposite bustling streets with shops, restaurants, and cafés. Key historic sites, shopping areas, and popular squares are easily reached on foot within central Athens’ Old Town (Plaka) and the adjacent Monastiráki neighborhood, making a pre- or post-cruise visit convenient and time-efficient.

Greek history spans several millennia, but the so-called Classical period began in the 5th century B.C. with an explosion of cultural, architectural, and artistic achievements that remain threaded throughout society today. This is when Athens’ great temples were built, dedicated to the popular gods of Greek mythology. For example, the Parthenon once housed the 40-foot chryselephantine (gold and ivory) statue of Athena, now lost to the ages. Built within a sloping Acropolis hillside are the ruins of the Theatre of Dionysus, noted as where ancient Greek tragedy was born. And a walk within the rock-strewn ruins of the Ancient Agora will follow in the footsteps of the great philosophers Socrates and his student Plato.

A host of excellent city museums showcase everything from Greek architecture to folk art and Byzantine history. The must-see National Archaeological Museum, the Acropolis Museum, and the Museum of the Ancient Agora showcase artifacts like vases, sculptures, and art that through the millennia have helped define Athens as the “cradle of Western civilization.” 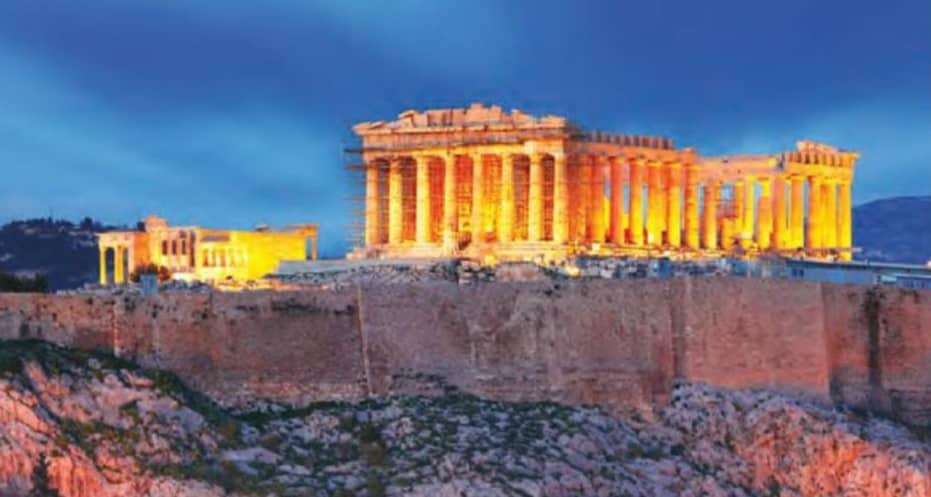 The highpoint of ancient Greek civilization, the Acropolis, stems from atop a rocky hill, where its grand 2,500-year-old temple ruins can be seen from all corners of the city. At night, spotlights illuminate the Doric and Ionic stone columns of the colossal Parthenon, the Erechtheion with its six maiden-figurine pillars, and other smaller structures. And yes, views are breathtaking, even from city streets below.