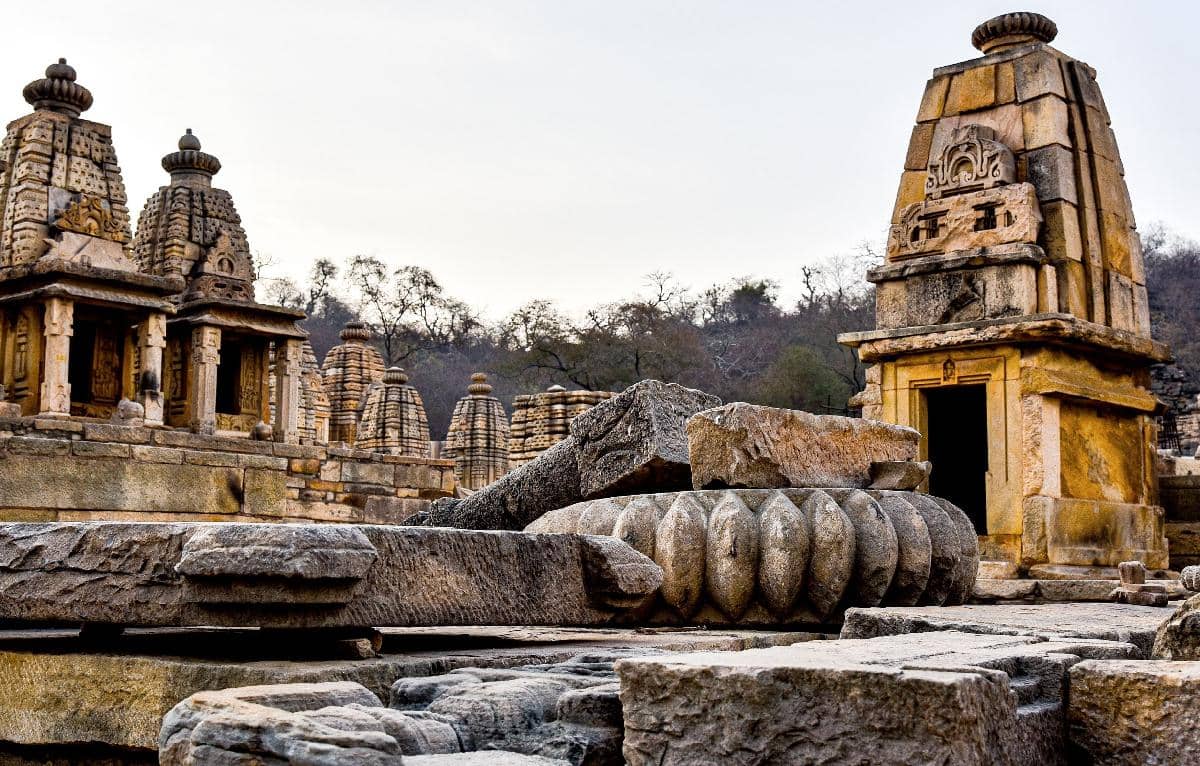 Will we encounter dacoits on the way?” I ask Omprakash Narwaria, my guide for the day, only half in jest. I had spotted some speeding motorcyclists with guns slung jauntily on their shoulders.

It is a foggy winter morning. we are on the road on a short drive from Gwalior, about 30 kilometres, to the once dacoitinfested Morena district in Madhya pradesh. He smiles. “Not at all. people here carry shastra (arms) as a status symbol, so rest assured. But, of course, daakus (dacoits) have a key role to play in the story of the temples we are about to visit today.”

This is a story of an unlikely collaboration between the dreaded dacoits of Chambal, Madhya Pradesh, and Indian government functionaries. Or is it a story of one man and his fearless team? Of near superhuman efforts to bring to life some hitherto unheard-of beauties of Indian heritage? Or a tale of once-mighty dynasties that built these temples. whichever way you look at it, one cannot help but be filled with awe when you first see the beautiful and forgotten structures.

Narwaria is quiet, sombre even. He works with the Archaeological Survey of India’s (ASI) Gwalior office, and was a part of the team that worked on restoring the temples. He also has a Master’s degree in Archaeology. I am fortunate to have him as our guide for the day—he is quite patient, forever willing to answer my constant queries.

We drive past the locked, eight-feet tall spiked gate into the compound of the Bateshwar group of temples, our first port of call. Alighting onto a sandstone pathway, we murmur how there is not a soul in sight. Crying peafowls greet us, and stay throughout the visit. from a distance, through the fog, I see a cluster of beautiful, mounted temples—arrayed in rows and columns on an elevated platform. walking closer, I notice the hefty rubble strewn around.

“When we first visited the site, the entire area was filled with the debris of the temples,” explains Narwaria. “Not one temple was standing.”

The Gurjara-Pratihara dynasty ruled a large swathe of north and central India from mid-800 Ce to mid- 1100 Ce. They were rich and powerful, their might stopping Arab visitors who conquered much of the areas they entered around Asia. The Gurjara-Pratiharas were great temple-builders too. Their style of architecture can be seen in several monuments, such as the Baroli temple complex in Chittorgarh, Rajasthan and most notably at Bateshwar’s group of temples. Khajuraho in Bundelkhand, built by the Chandelas, actually mimics the style of Bateshwar— the Chandelas were vassals of the Gurjara-pratiharas.

A cataclysmic event around the 13th century destroyed the Bateshwar temples. There are many theories around it. Some say it was invaders, while others say it was an earthquake. Judging by the state of the rubble, in my assessment, it seems the latter. No human intervention could have created such havoc.