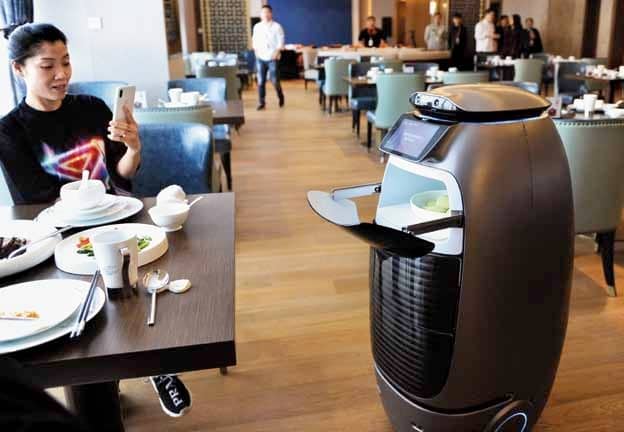 A bit of science-fiction-turned-fact. Resting on the shoulders or technology, and a whole lot of ambition. The future of travel is anything but Bleak Manek s. Kohli reports.

While robots won’t turn sentient anytime soon, sparing humanity of its doom, there’s an important place for them in the hospitality industry. China’s Smart LYZ hotel in Chengdu is pretty much entirely automated, helped by bots and intuitive screens. Similarly, many mixologists are now robotic arms. Even a Chennai-based restaurant, Robot (of course), had the machines serve people their meals until recently. In the future, artificial-intelligence (AI) technology will become even more accessible, with most service-based industries finding merit in replacing skin and bones with steel and circuits. As technologies become cheaper and people savvier, innovations such as self-service kiosks, hologram personal trainers, and AI capable of determining whether you’re in the mood for tea or for coffee, won’t be all that inconceivable. 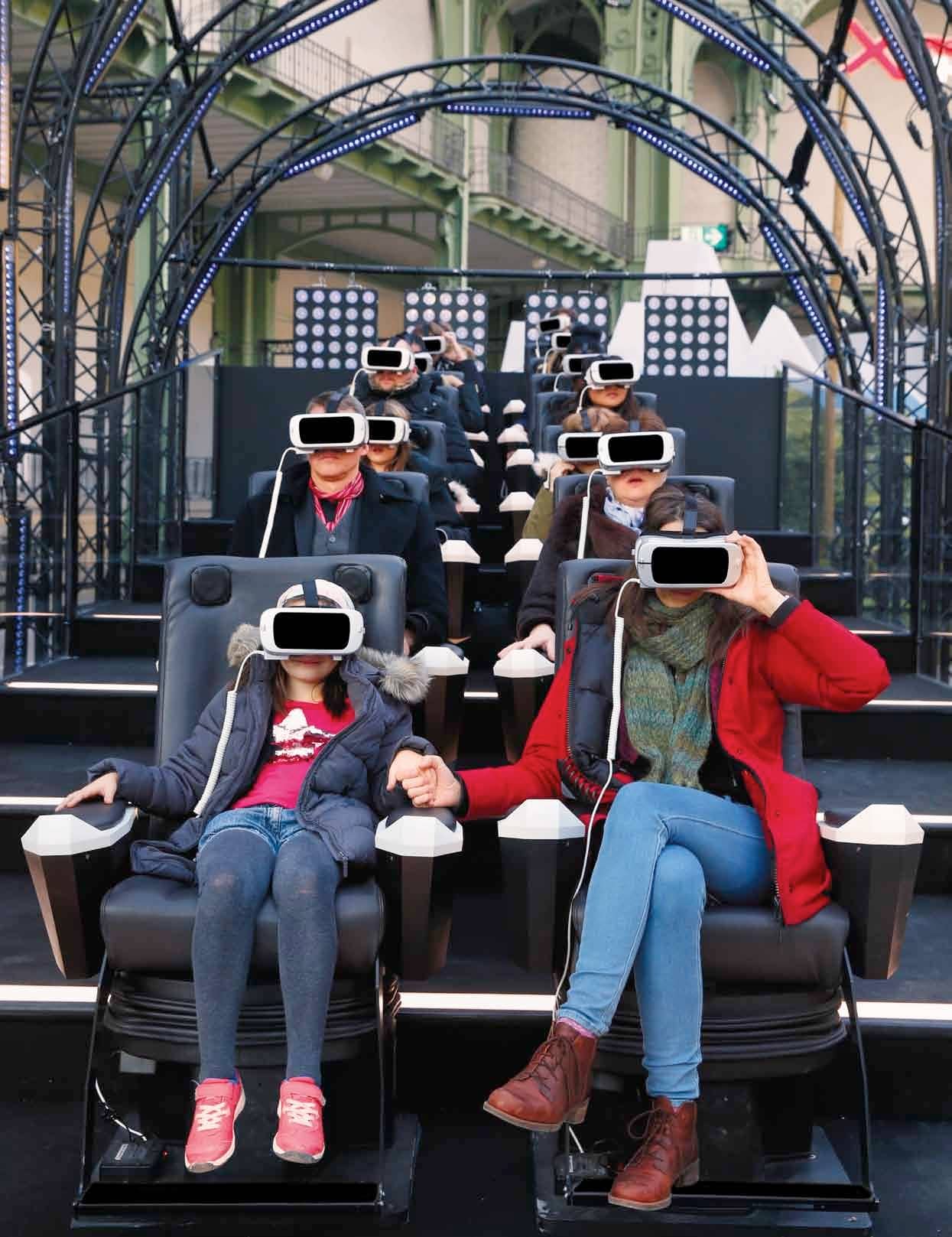 Gone are the days when companies had to rely solely on physics to instill thrill and enhance the experience. Theme parks known for their fast roller coasters are now known for their technological masterpieces, while attractions such as the massive Dubai Frame don’t excite just by sheer height (an augmented-reality enhancement of the city’s skyline from the top-floor viewing deck is its trump card). This way, digital immersion smartly bridges virtual and real travel. For instance, Universal Studios’s upcoming Mario Kart Experience will combine VR, AR, 360-degree screens, and physical and multisensory experiences to take you as close to the gaming world as possible. Spy Kids 3D meets real (or is it virtual?) life. 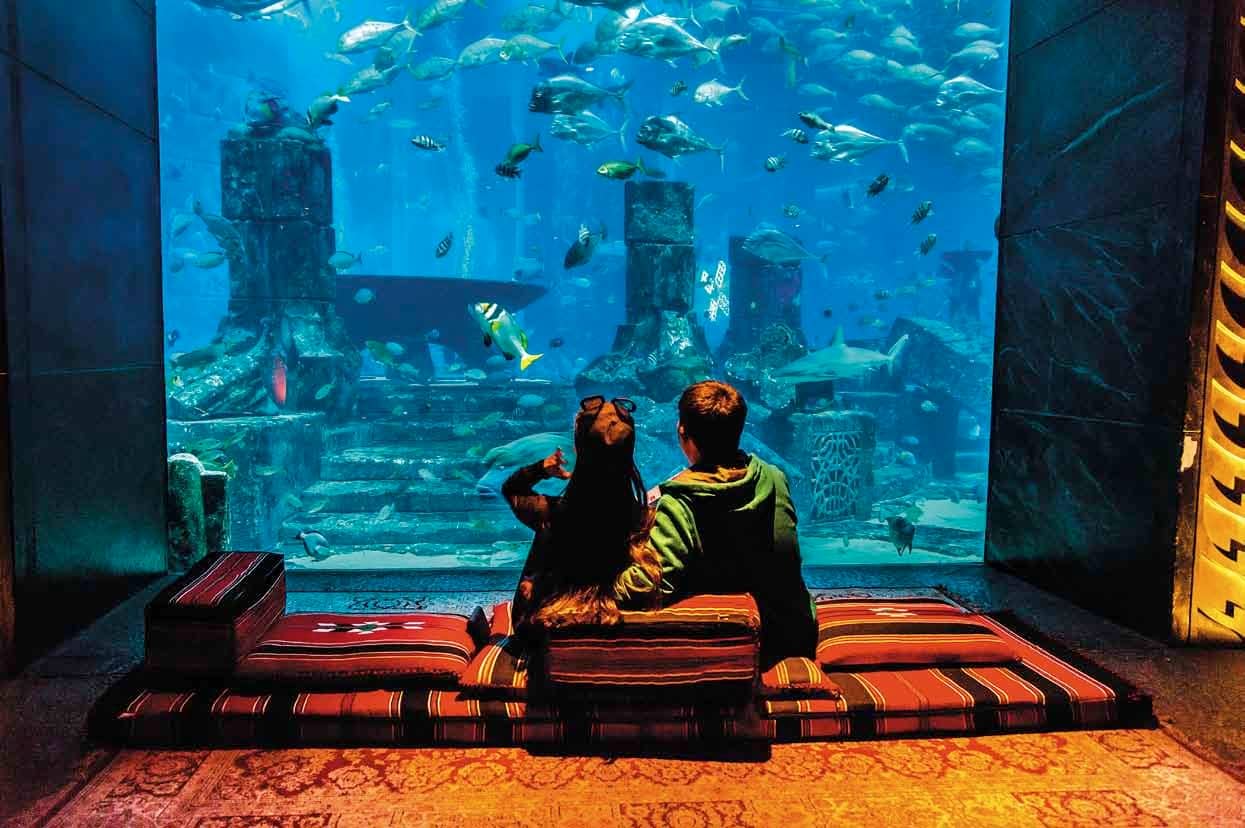 As terrestrial beings, we have never been able to lay much claim to the aerial and aquatic realms. Perhaps that is why ideas such as ‘underwater restaurant’ hold such allure—they are marketable, now logistically manageable, and often unique in execution. The Dinner in The Sky initiative has reached its, well, zenith, with branches in over 60 countries including India (Bengaluru). The Ithaa Undersea Restaurant in Maldives is equally stunning, with its 360-degree panoramic view, as is the Muraka underwater hotel, also in the archipelago. In the future, expect sophisticated diving gear to even allow you to sleep with the fishes (um, literally). Dining in the stratosphere works too. 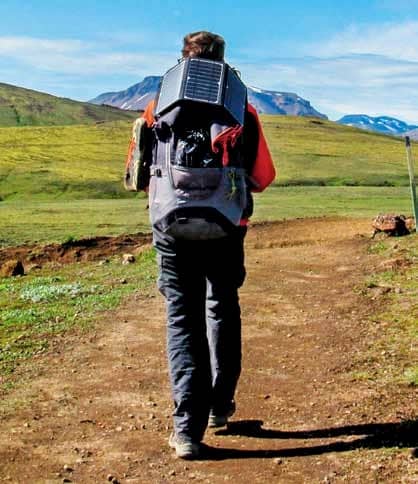 Future trends won’t matter if there is no future. Overtourism had majorly depleted Shimla’s groundwater level last year, and Maya Bay in Thailand has been cordoned off until 2021. As the ozone layer reaches alarming levels of depletion and we head towards irreversible damage to the earth in just another decade, the future will see more responsible tourism endeavours: sustainable dolphin-watching with Terra Conscious in Goa, voluntourism with SECMOL in Ladakh, boutique hotels that conduct forest-cleaning drives. We’ve already started off with the Outlook Responsible Tourism Initiative, but more will have to participate. Experiential and evolved travel is also expected to grow with a strong sustainable bent. 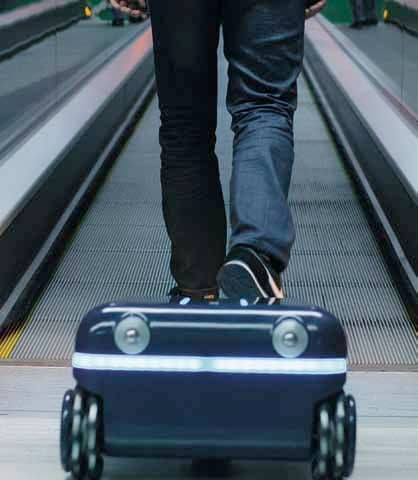 A Bluetooth-enabled lock, LED lighting to indicate battery, in-built weighing scale, GPS chip for tracking and motion-sensing technology that lets it follow your movements—even Travelmate Robotics’s base suitcase model has all these features, while you still use that regular two-wheeler sack. Another company, Away Luggage, presents bags with a built-in battery for your electronics. This way, companies have already made strides in luggage technology, so that your belongings become the least of your concerns during travel. There are many quirky options too: ShelfPack is a bag that also becomes a shelf, while slightly gimmicky massaging backpacks have become the guilty pleasure of some of OT’s own employees. We wonder what the future entails—self-packing suitcases? 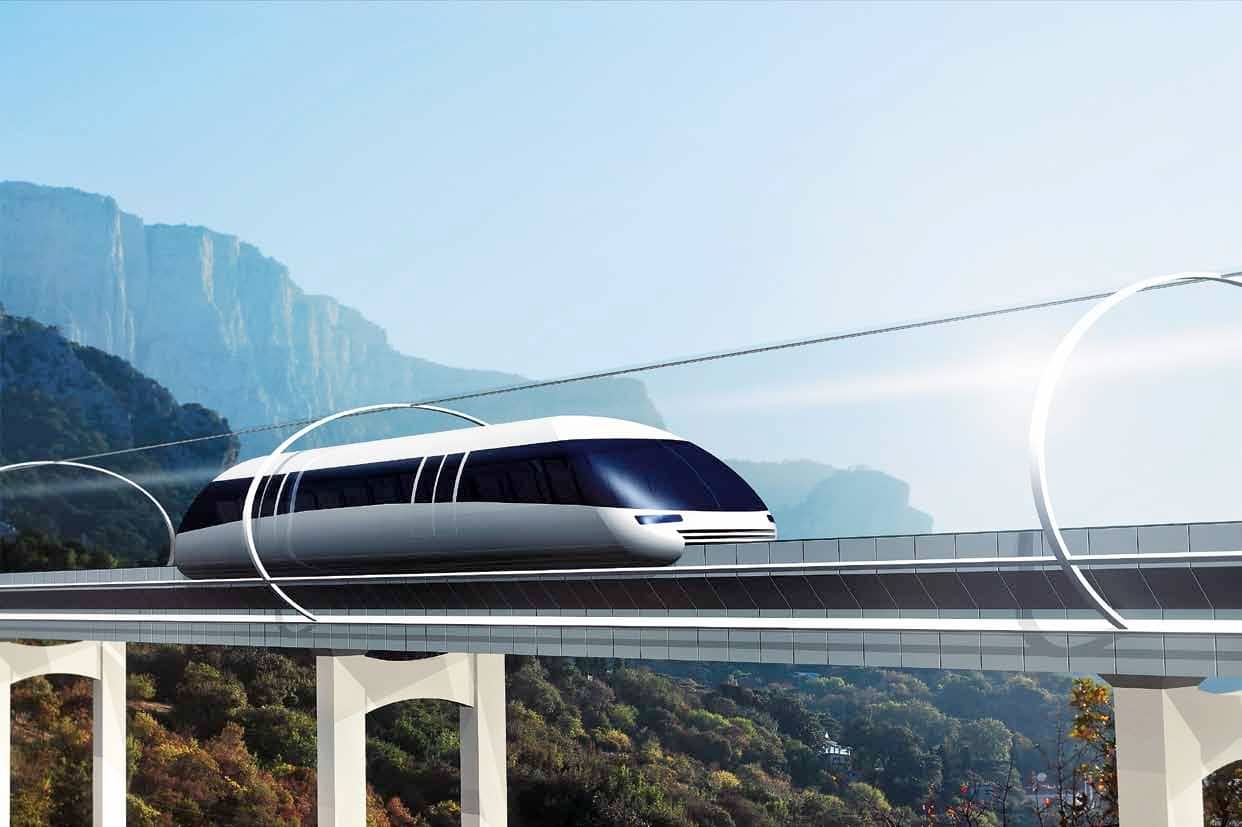 First came ships, then trains, cars, aeroplanes and, now, magnets. Confused? Tech magnate and everyone’s favourite genius, Elon Musk, is once again at the fore of the Hyperloop, which will use magnetic energy to push capsules holding passengers and achieve a speed of about 1,200km/h, turbulence-free. The pods will soundlessly zoom through the corridor and that too for dirt cheap, as compared to air travel. Virgin Hyperloop One, being developed by Musk’s Tesla and SpaceX teams, is aimed for 2021. Plenty of other companies are also at it. The next decade will prove definitive for the technology, and India will benefit too: Musk’s company has signed an agreement to develop a Hyperloop network between Mumbai and Pune. Expect the journey to take 15 minutes, tops. 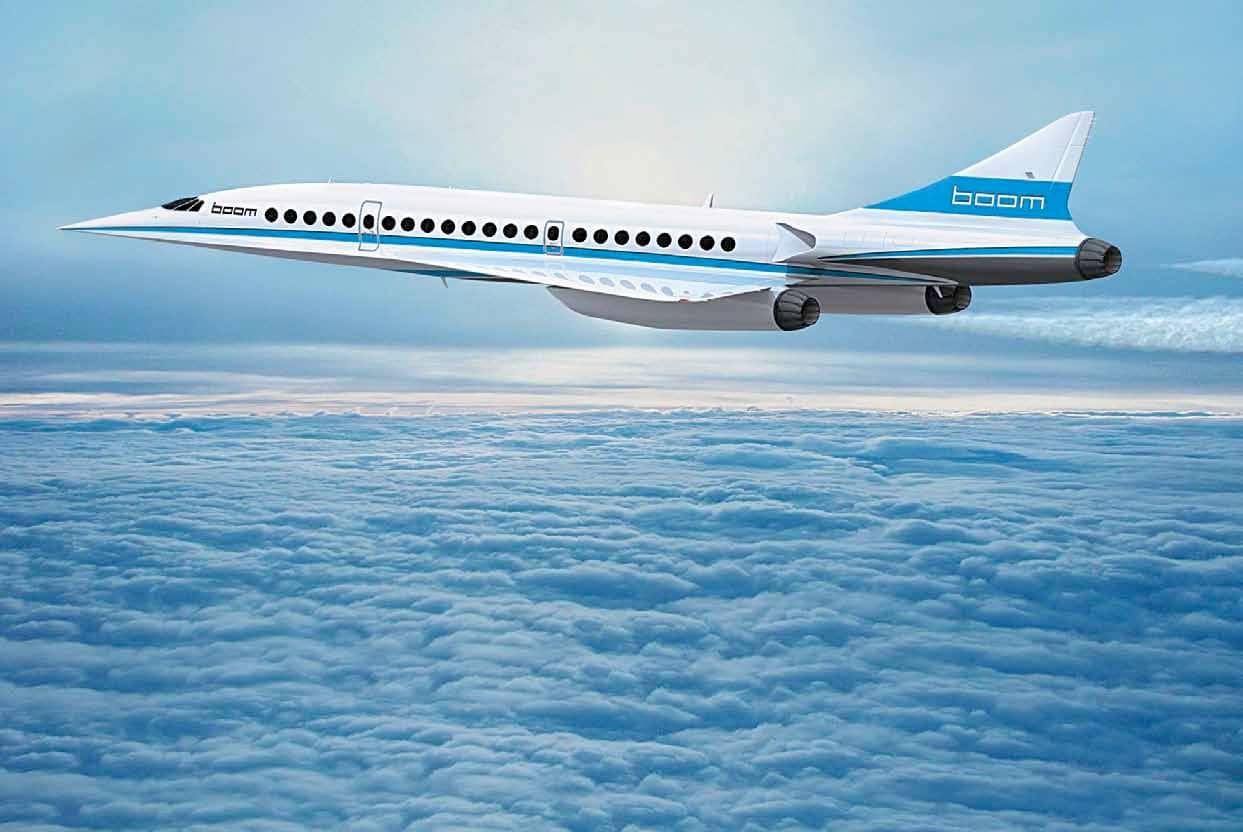 No steel bird had flown as graciously as the Concorde. It took off like a dream, crossed the Atlan-tic in just over three hours (at twice the speed of sound), and, unfortunately, had its global fleet grounded in 2003 due to a lack of economic viability. A comeback has been anticipated for long, and if everything goes to plan, the Boom Technology Overture will fly supersonic come 2025. It will take advantage of innovation in aviation technology from the past few decades, such as light composite materials, and run at a 10 per cent cheaper operational cost that the Concorde. However, we are still scratching the surface: the start-up Hermeus is aiming at a 90-minute New York to London transit, while others like Aerion Supersonic and Spike Aerospace wish to exceed 1,600km/h. All this might sound plucky, but if they can fly without guzzling too much fuel, we’re game.