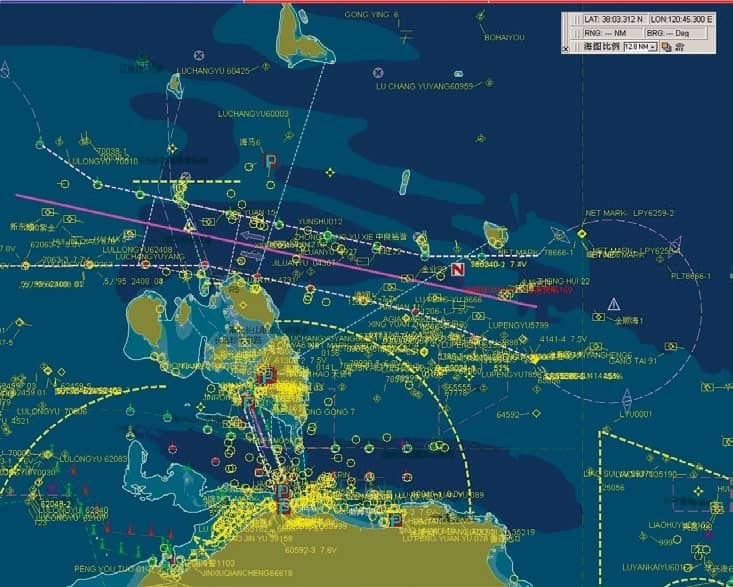 An AIS display showing an area of Chinese waters. With the proliferation of AIS returns, any noncompliant AIS units could cause potentially dangerous confusion.

Along with GPS, one of the biggest advances in marine electronics has been the automatic identification system (AIS), which has made collision avoidance a much easier proposition. Now, according to the recent advisory released by the FCC and the Coast Guard, it appears that the great utility and wide acceptance of AIS has apparently resulted in the marketing of some substandard units that don’t transmit correct AIS info.

The Coast Guard wrote in a press release that “AIS equipment that is noncompliant with adopted international standards can confuse, degrade or even disrupt other users’ systems.” This subject is important for voyagers, of course, because ocean voyagers having to deal with confusing or noncompliant signals might increase the chances of a collision instead of lowering them as AIS was designed to do.

“In the last year, the Coast Guard has received various reports from perplexed AIS users who have seen various unknown and erratic targets appearing on their AIS,” said Jorge Arroyo, an AIS expert from the Coast Guard’s Navigation Technology and Risk Management Division. “Many of which were unable to be ‘seen’ on radar or visually.”

When many of these noncompliant AIS returns were further studied, according to Arroyo, they appeared to come from AIS-like devices used to mark fishnets, yet they appeared as vessels.