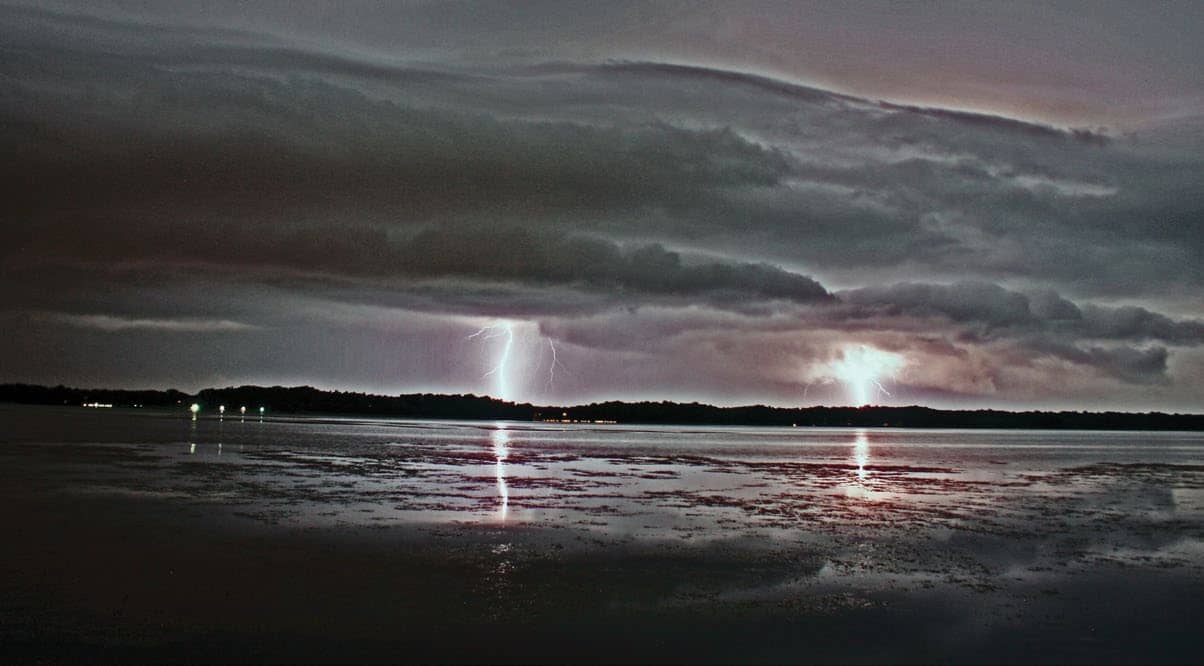 Developing a healthy respect for this scary phenomenon

In the midst of our second Pacific crossing last year, my husband, Seth, and I crossed the equator for the third time. I had not been looking forward to it. Possibly more than anything else at sea, I fear lightning. Possibly the scariest situation I’ve encountered on a boat had to do with lightning. It was arguably just as frightening as the high breaking seas we weathered off South Africa on our circumnavigation (“Worst weather challenges,” September/October 2019, Issue 257). It happened a number of years ago, but the fear hasn’t gone away. It is, after all, a rational fear, given that a sailboat in a thunderstorm is a sitting duck.

On the flat expanse of ocean, far from land, a sailboat’s mast is essentially a giant lightning rod. It’s the only tall thing for miles and miles around. Even if the boat is grounded, this is a scary situation. I personally know one sailing couple — and I know of others — whose boat was hit by lightning. Their boat was fortunately well-grounded and thus did not sink, but the boat’s interior was heavily damaged and all their electronics destroyed. They were at anchor and not on board at the time, so this was less of a problem than it might have been had they remained on their vessel. And this is the best-case scenario.

Before I started sailing offshore, I was not afraid of thunderstorms. Thirteen years and over 50,000 sea miles have changed that.

For the first part of our circumnavigation — from Maine to the South Pacific — Seth and I had very good luck with this type of weather. Our first experience with the Intertropical Convergence Zone (ITCZ), colloquially known among sailors as “the doldrums,” was wonderfully benign: En route to the Galapagos from Panama, a light southerly wind allowed us to sail the entire passage and the overcast sky never developed into thunderheads.

It was only upon leaving Bora Bora in French Polynesia for the Cook Islands that we first encountered lightning. After two days of strong trades, the wind became unsteady, the sky overcast and the air heavy. As night fell, white currents of electricity flashed between the clouds all around us. The lightning wasn’t grounding, but we were scared it might. Spying a gap to the south, we changed course and put on sail, trying to get away from it. Nothing bad happened; by morning it was clearing and we were approaching Aitutaki Island. But it had been a stressful night. 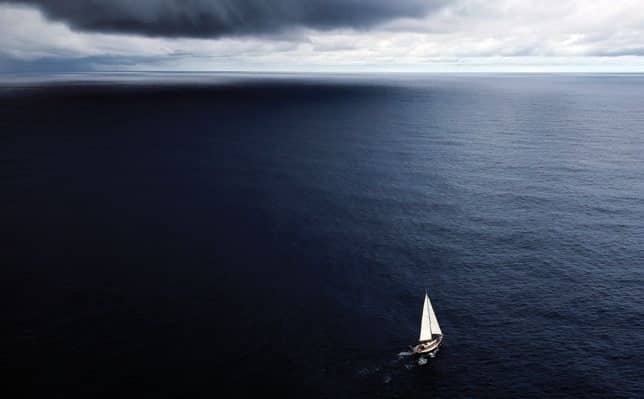 Flashes to the north

We got lucky again during our second season in the Pacific, sailing from New Zealand to Australia via Fiji and Vanuatu. The South Pacific Convergence Zone can sometimes bring ITCZ-type weather to these archipelagos, but we had only occasional squalls and cloudy skies. And then on our Indian Ocean crossing, the scary thunderstorms were well north of us in the Asian monsoon region, and we barreled lightning started. This time it was grounding, purple forks sizzling into the sea, loud rumbles of thunder right on top of them. That was the first time that Seth and I knew what it felt like to be truly frightened at sea. What if the grounding we’d done for Heretic wasn’t good enough? Any strike would find the fastest way to water through our 1968 fiberglass cutter.

That could be right through the hull, pricking thousands of tiny holes at the waterline and sinking us. And even if the ground was sufficient, what would happen to us in the force of the strike? What about damage? On our shoestring budget, it seemed unlikely we’d be able to afford to repair and replace everything that could be fried, us. Finally it passed us, climbing up into the hot tropical mountains of Mauritius to frighten the people on shore. By mid-morning, we were turning into the port of entry, tired but very relieved.