A 10-year circumnavigation gets stretched

Dave and Sherry McCamp-bell voyage aboard their St. Francis 44 catamaran, Soggy Paws. They planned on a 10-year circumnavigation, but it has already stretched to 13 years and they admit it might be 20 before they’re done.

Dave is a Naval Academy graduate and spent most of his time in the Navy as a diving and salvage officer. He commanded the rescue salvage ship Bolster. He has owned eight sailboats, including the 1929 Alden yawl Cynara, a Catalina 36, Tartan 30, Ranger 26, Piver 35 trimaran and a Hobie 16. He previously cruised with Sherry aboard a CSY 44. Dave holds a USCG 100-ton master’s license and spent six years in the charter industry with the Florida Sea Base sailing program in the Keys. He is a retired PADI and YMCA scuba instructor. He holds an extra amateur radio license (KE4BKF). He has been a member of SSCA since 1994 and a Commodore since 2000.

Sherry earned a bachelor’s degree in industrial engineering and an MBA in computer management. She restored a Lindenberg 28 racing sailboat and raced for five years in the Melbourne, Fla., area. From 2004 to 2006, she and her women’s crew won both the spring and fall ECSA Women’s Series in the Spinnaker/ Racing class. She has earned her USCG six-pack captain’s license, her 50-ton master’s license and a PADI Rescue Diver rating. 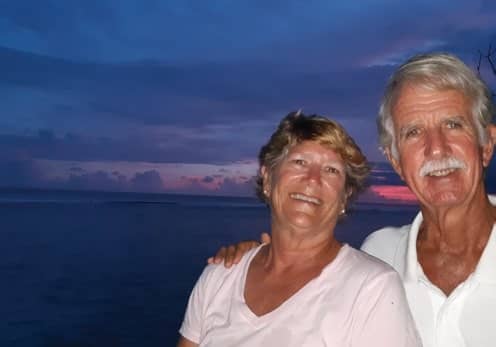 OV: What prompted you to go voyaging?

D&SM: We are from fairly different backgrounds, and came together after both of us had been cruising a while with different spouses. For this question, it might be best to answer separately.

SM:My dad was in the Navy, and we moved every other year while I was growing up. We never had an overseas duty station (Dad was on a carrier, no families allowed), but I was always keen to travel and see new places. After Dad retired and I graduated from high school (in the Florida Keys), we took off on a one-year circuit of the Caribbean in 1974 aboard my Dad’s 41-foot trimaran. I was hooked on cruising then. On return, I went off to college with plans to figure out a way to do it again on my own one day.

DM:As a young ensign in the Navy, on my first ship I went all the way to East Africa and back from California, crossing the Pacific twice. I was the ship’s navigator, so I had the opportunity to scrutinize many charts for interesting places to stop. We stopped at many large ports on the way, never staying more than four to five days. But we were never able to go to some of the remote places I had seen on the charts. I decided then that I wanted a chance to see those places in the future, and have more time to explore and enjoy. My second Navy cruise, we went all the way to Greece and back from the U.S. East Coast and then a repeat of my first cruise to East Africa. Sure enough, Navy port visits hadn’t changed in duration. When I bought my first sailboat in 1975, a 1929 Alden yawl in Guantanamo Bay, Cuba, I was hooked to someday go around the world on my own schedule. And as avid divers, we are always looking for that remote divers’ paradise.

Sherry and I are now 13 years into a planned 10-year circumnavigation and are only halfway around. You might say we are slow cruisers, as most of our American friends have long ago passed us by. 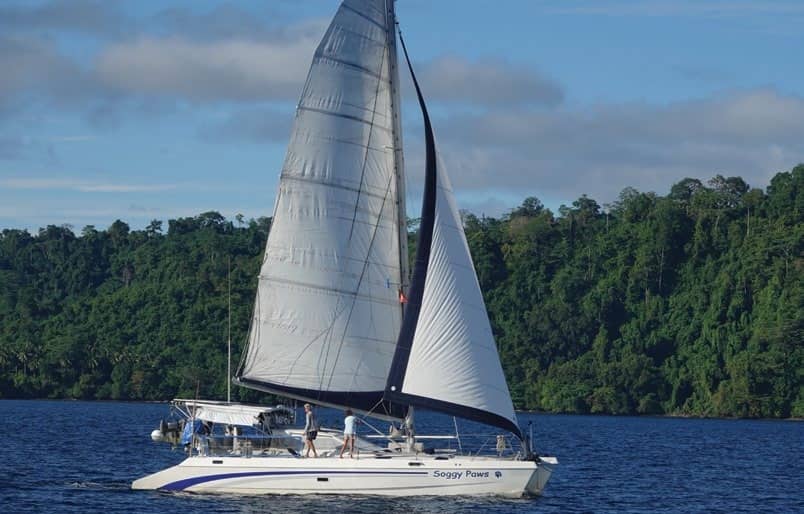 OV:How much preparation did you do prior to setting off?