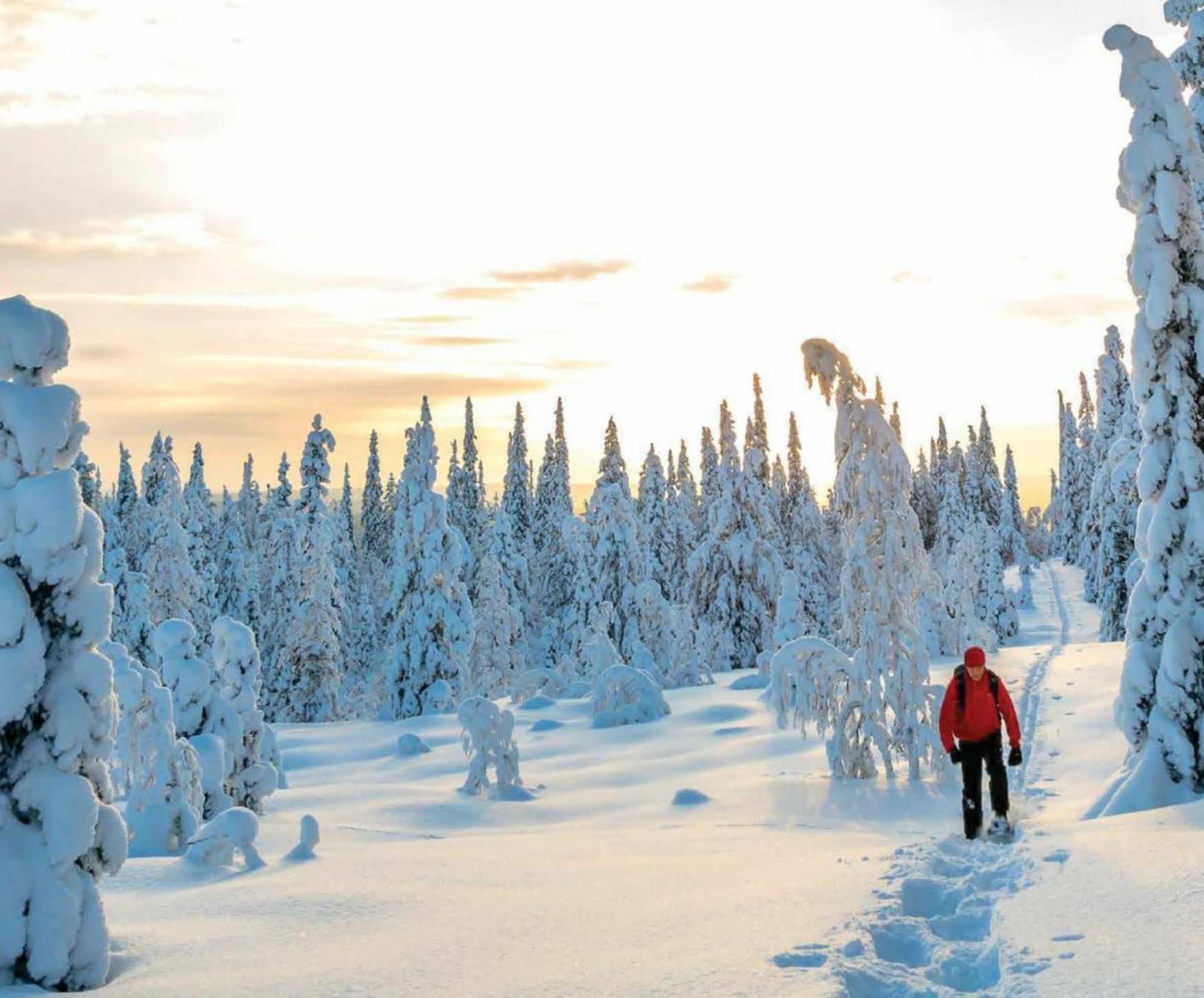 In the land of the midnight sun, chase the elusive aurora borealis, immerse yourself in winter sports or mingle with than Santa Claus.

Travel north of Rovaniemi — the capital of Lapland, the hometown of Santa Claus and the gateway to the Arctic — and a land of choices opens up: swim in a lake, or skate on it; hike steadily through greenery or wade through 10 ft of snow.

It all depends on the time of year. In summer, days in Finnish Lapland never end — under the midnight sun, reindeer roam freely through forests covered in wild berries, hiking routes have never looked more tempting, and festivals fill the land.

Meanwhile, in winter, seemingly endless swathes of snow blanket the ground, lit up by the elusive aurora borealis (visible for around 200 nights of the year here). Step out of the bustling towns and the landscape feels remote, silent; the air purer. And it’s a paradise for those wanting to bound around in the snow. From snowshoeing and cross-country skiing, to husky sleds and snowmobiles, what began as ways to get from A to B have become both sports and tourist pulls.

During the winter months, the sun teases, barely breaching the grey skies before giving up again. Nights can be filled with walks or — for the locals, and those who just love a good singalong — trips to the local karaoke bar. Just 3% of Finland’s population reside in the region, so it’s emphatically a wilderness destination, yet it still manages to tick the culture box: the heritage of the indigenous, semi-nomadic Sami people is protected by law, and local festivals offer a chance to meet them.

A snowmobile safari is arguably one of the most exhilarating ways to cross the icy terrain, and networks of paths weave through forests, over frozen lakes and across highlands. Trips vary from half-hour circuits to three-day excursions. The steering works in the same way as a motorbike’s, but the addition of snow — and omission of traffic — make for a very different riding experience.