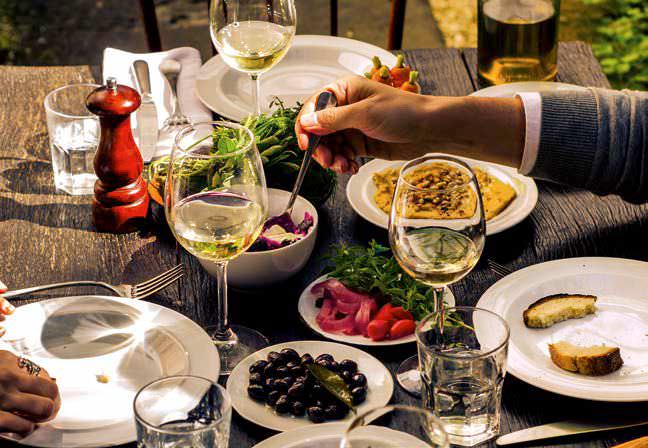 Whether eating on the street or being served at the chef’s table, São Paulo is a delicious place, full of flavour and surprises.

On any given morning in São Paulo, hundreds of street markets unfurl across the city with the rising sun. Under striped canopies, Amazonian berries, fruits and roots sit alongside chubby oranges, juicy pineapples and freshly pulled potatoes. The tidy rows demonstrate Brazil’s brilliant colour palette and natural abundance, and here, in the country’s largest and most diverse city, give an indication of the dining on offer.

The city has welcomed a steady stream of immigrants since the 1800s so some neighbourhoods are dominated by Japanese or Italian restaurants. Lebanese, Koreans and, more recently, Syrians have made the city home too, bringing with them delicious flavours and world-class cuisine.

At the two Michelin-starred D.O.M., chef Alex Atala has been leading a culinary revolution. In a city that’s always looked to France for haute cuisine, bearded Atala has shown diners just how sophisticated Brazilian cooking can be. Using ingredients like tapioca or tucupi from the cassava root, mushrooms from the rainforest and even giant ants, Atala has instilled pride in the country’s produce and encouraged curiosity among the city’s chefs. Consequently, a new wave of restaurants is sourcing inspiration and ingredients from the homeland.

Following your taste buds is an excellent way to explore São Paulo. Though monstrous in size (around 12 million people live here), its neighbourhoods are distinct and eclectic. In Pinheiros, a young and creative area, restaurants are popping up in houses, taking over gardens and reclaiming industrial spaces. New openings in places like Centro and Barra Fundo are enticing diners across town, and food trucks are multiplying like ants.

WHERE TO EAT IN