Turn Up The Volumes 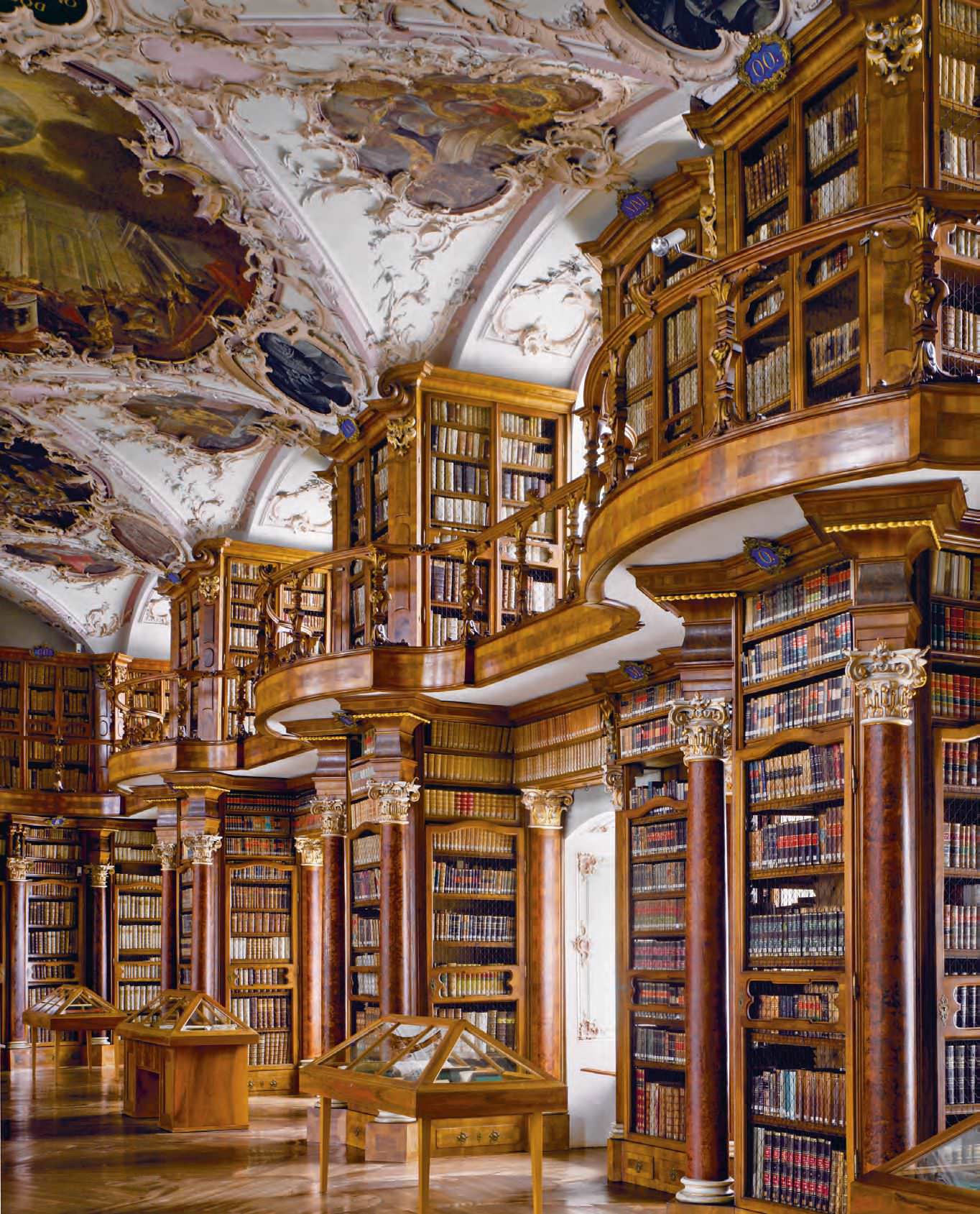 In A Digital Age, Travellers Find Novel Appeal In The Splendour And Secrets Of Grand Libraries Such As The Stunning Abbey Library Of St. Gall

I knew I had a library problem the first time I stood under the Pantheon-scale dome of the State Library Victoria in Melbourne, Australia. In that impossibly grand temple of books, my heart thumped with a sudden realisation: Libraries can capture and hold history in a spectacular way. Ever since that moment, I’ve been a full-blown library lover.

In 2012 my daughter, Thea, was born. By the age of five, she already knew her quartos from her octavos, her Penguins from her Puffins. I wanted, though, to turbocharge her love of libraries. Around the dinner table, my wife, Fiona, and I planned a family trip: a world tour of great collections.

We reeled off our must-sees. The evocative medievalism of the Bodleian, in Oxford, England; the jewel box perfection of New York’s Morgan; the cosy idiosyncrasy of the Folger Shakespeare and the stunning grandeur of the Library of Congress, both in Washington, D.C.

“But we have to go to the British Museum too,” Thea countered, “to see the mummies from ancient Egypt.”

The British Museum, in London, has only a modest collection of books, and its famous reading room is closed indefinitely as the museum considers how best to use it. But the museum had a right to be on our list, and it was a walkable distance from its uber-bookish sister institution, the British Library. Plus, Thea’s interest in mummies gave me an idea.