No Cold Cuts In Svalbard 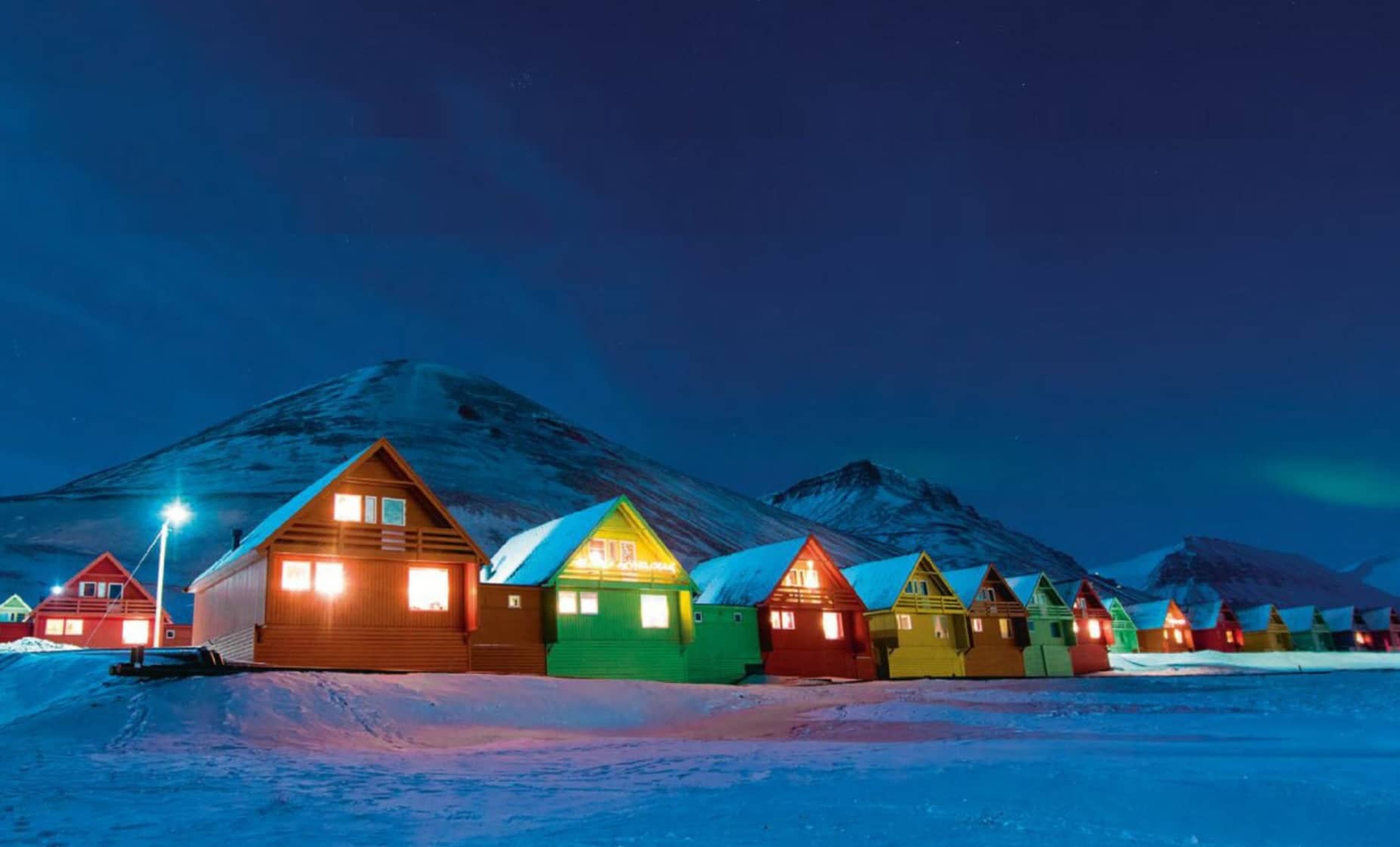 From Minke Whale Fillets To Rock Tripe, Here’s Investigating The Food Culture Of Longyearbyen, The Last Town Before The North Pole

I ’ve been invited to a barbecue at -5°C at the Arctic Circle—a popular ‘summer’ occupation amongst Longyearbyen’s residents. Standing in the balcony of my host’s home, guests marvel at the good weather, while my feet slowly go numb. It’s a relief when we go inside to eat. We’re all being treated to grilled sausages, thin strips of beef, and, most excitingly, a green salad. The latter doesn’t feature prominently on menus this far north, in the last inhabited town before the North Pole. Permafrost and four months of polar darkness a year make agriculture impossible. So what do people eat in a place where nothing grows?

Located on Spitsbergen, an island of Norway’s Svalbard archipelago, Longyearbyen was established as a coal-mining settlement in 1906. It’s a popular destination for those looking for adventure in the Arctic wilderness. The town is not particularly picturesque: there’s an industrial dockyard on the outskirts, and the melting snow reveals the escarpments of dark scree encircling the settlement. But I find a stark beauty in these piebald slopes, dotted with the wrecks of mining apparatus. Squat reindeers amble through the town, searching clumps of frozen snow for food. Looking for the same, I stop at Kroa, a restaurant on the main street. I order the fish soup—a rich, creamy concoction flecked with fish and infused with the flavour of smoked salmon. The bowl is empty far too soon for my liking.

The next day, I visit a restaurant called The Winter Garden. Every available surface inside is covered with luxuriant houseplants; walls adorned with photos of grizzled explorers and animal furs from hunting expeditions of a bygone era. The menu here has a decidedly Arctic theme: seal, reindeer and minke whale. I choose the whale. In the early 17th century, whaling began in earnest in Svalbard. European whaling crews set up stations to flense whales, boiling blubber for oil, extracting baleen for corsets. By the end of the 18th century, whales had almost disappeared from Svalbard’s waters. In the years since, and now, regulations put in place allow only the hunting of minke whales and Norway imposes strict whaling quotas to ensure the population remains steady.