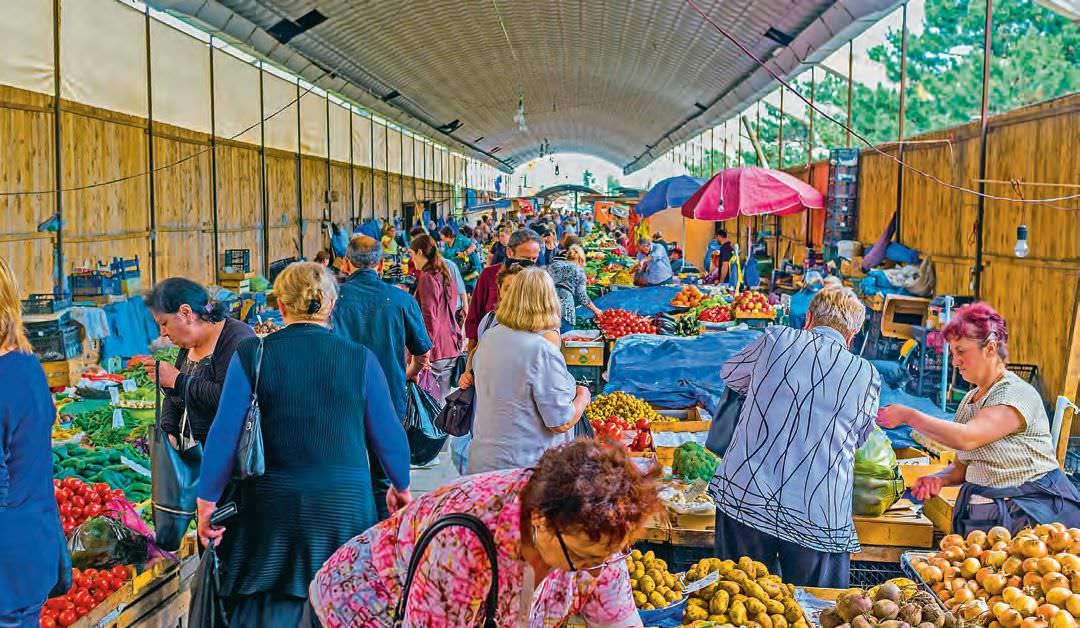 Eating through this Eurasian nation brings surprises with every plate, and a glass of wine is always nearby

The bowl of soup in front of me wasn’t much to look at—dense yellow egg-and-chicken broth garnished with bits of roughly chopped wild mint. It looks more like whisked eggs ready to be made into an omelette. But looks can be deceptive for the chikhirtma. The popular Georgian dish has a creamy richness and hearty flavours of meat, and a tangy kick of lemon and mint in the end.

A meal of chikhirtma, served with a side of pan-fried cornbread called mchadi and pickled vegetables including carrots, beet and seasonal wild garlic, was my introduction to Georgian cuisine. Over the next 10 days that I spent in the Georgian capital Tbilisi, and the coastal city of Batumi, I ate meal after meal guided not by online reviews but only my hunger pangs. Though rich in dairy and meat, it features a vast selection of local legumes and vegetables that are foraged seasonally, pickled, or freshly cooked. The flavours and ingredients of Georgian food, along with a wine culture and an industry that is slowly making a mark globally, reflect its geography—straddling Asia and the Mediterranean, squeezed between Russia, Turkey, Armenia, Azerbaijan and the Black Sea.

The tiny Eurasian country of about four million people has managed to preserve its provincial food culture despite being under Soviet occupation for close to 70 years. By design, Georgia has largely escaped the clutches of industrial food production because scaling up is simply unviable to support the country’s tiny population and its unique food culture. Georgians are proud of the fact that their food is natural and organic.

Throughout my trip, I had wolfed down supple, cheese-filled bread boats called khachapuris, devoured juicy meat-filled dumplings or khinkalis, chewed on churchkhelas—a type of Georgian candy, made of grape must, nuts and flour—and drank glasses of house wine at restaurants in Tbilisi and Batumi, about six hours southwest of Tbilisi. Soon, I could confidently order anything on the menu without having to ask the waiter to explain.