Fly Me To The Sun And Moon 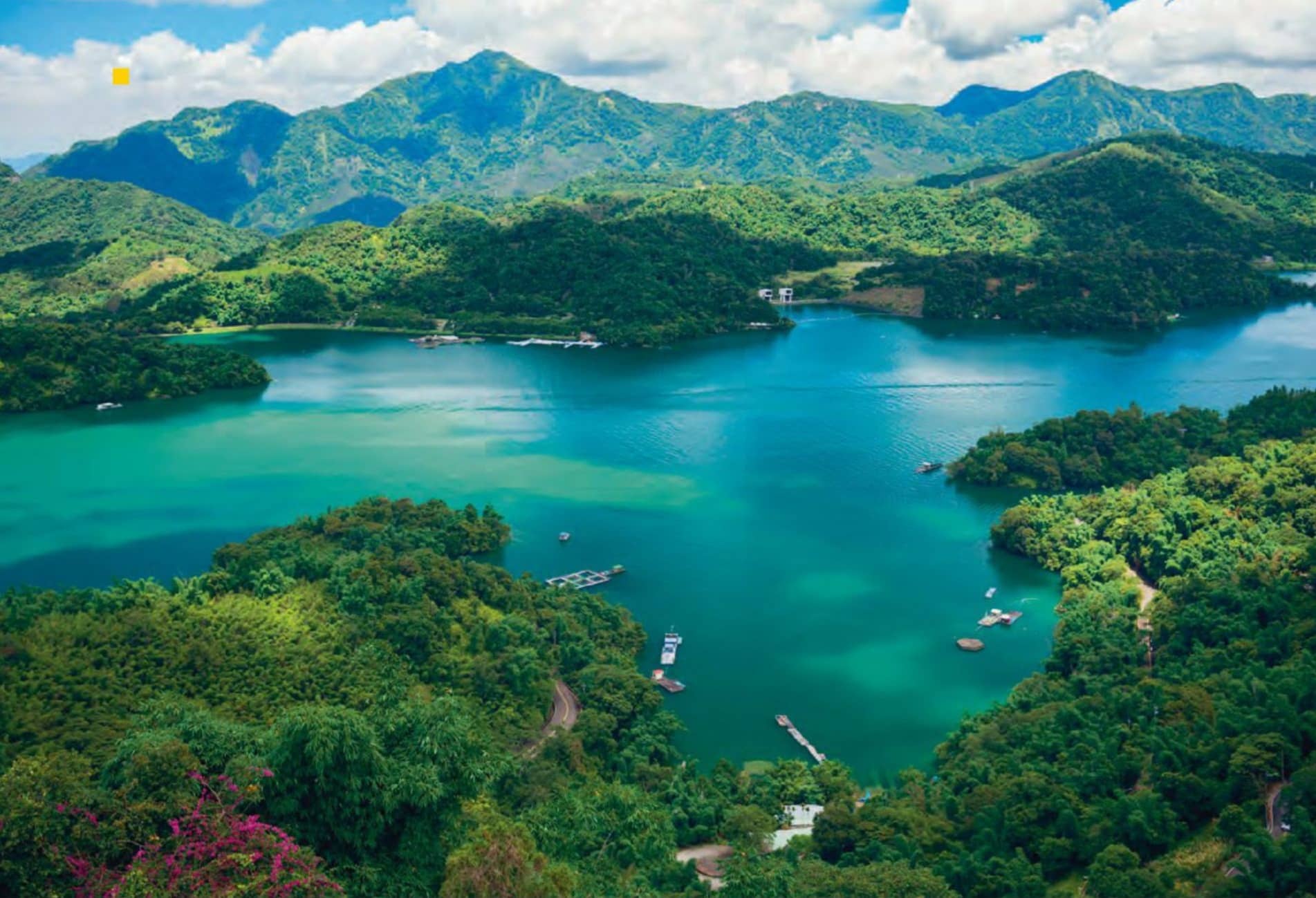 At the foothills of Taiwan's central mountain range lies a relaxing and beautiful pit stop.

The name of Taiwan’s Sun Moon Lake—half shaped like the sun, the other half curved like a crescent moon—implies a good backstory. A variety of folklore tales each differently explain how the largest freshwater lake in Taiwan came to be so auspiciously shaped, one even citing mischievous dragons. However, the alpine lake was actually two separate bodies of water that were joined in the 1930s when Japanese occupiers decided to build a dam, merging the round sun and the crescent moon together. Dotting the centre of this union lies Lalu Island, meaning ‘later’ or ‘after’ in the region’s indigienous tribal tongue.

The idyllic isle has changed names and even its shape under its various rulers and timelines: ‘Jade Island’ under the Japanese, ‘Kuang hua’ under the Chiang Kai Shek’s Nationalist government, and now, a return to its original name, Lalu, out of respect for the local Thao tribe. Throughout the 1800s, some Thao even lived on it, before they were ousted by Chinese settlers. It took almost a century for their ancestral home to be returned to them, which only happened after an earthquake in 1999 shrunk a considerable portion of the island, spurring the local government to return what land remained on the lake to its original inhabitants. From the number of boats that idle around the now protected islet, encircled by pontoon gardens, it seems everybody likes a good backstory.

Two hours from Taichung, this tranquil lake at the foothills of Taiwan’s central mountain range, in Nantou County, is a restful pit stop made up of forest trails (some filled with fireflies), mountain hikes and a highly acclaimed 34-kilometre cycling track that loops the lake.