Everest Base Camp- Piercing Peaks, Breathless Trails and Sherpas Stories By The Fire 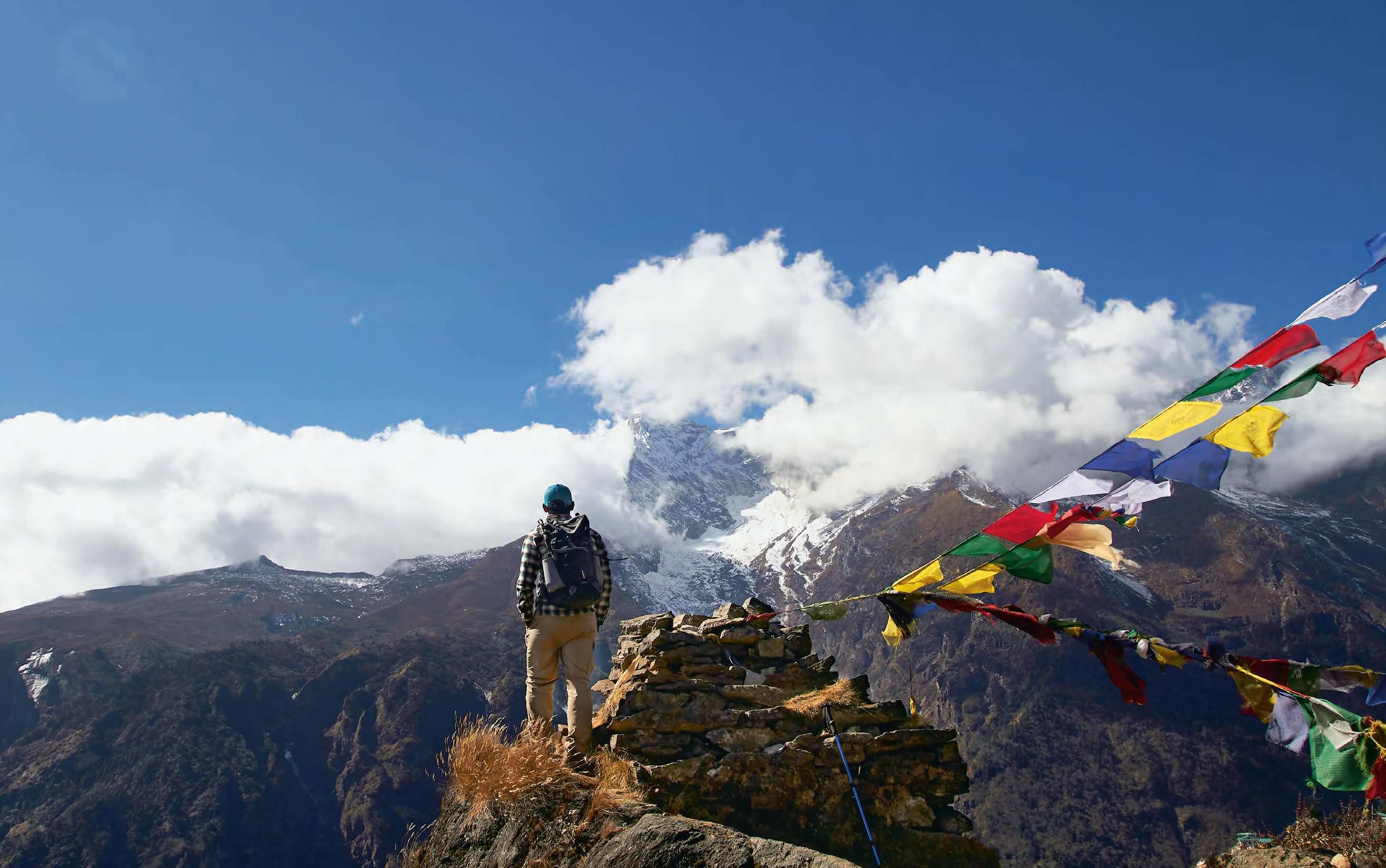 “What do you mean you cannot see Mount Everest from the Everest Base Camp?”

I asked Rigzin, my trek leader, who flashed one of his disarming smiles in response. Day two of the Everest Base Camp (EBC) trek—and it was only just sinking in that I had voluntarily embarked on a 10-day trip that takes me up to a height of 17,389 feet across 130 kilometres of mountain terrain with a 10-kilo backpack. All this, only to reach a destination from where I cannot even see the mountain the trek was named after! I looked around at my fellow trekkers, determinedly huffing their way uphill. Are they aware of this… treachery? I had assumed that the world’s highest mountain would be a dominant figure in the Himalayan skyline, towards which we’d be marching—a fleece-clad army high on yak milk. Standing at 29,029 feet, she is Chomolungma (‘Holy Mother’) in Tibet, Sagarmatha in Nepal, and the reason why around 800 people risk their lives each year in their attempt to reach the top of the world. Obviously, I had underestimated the lofty eight-thousanders that surround Mount Everest, obscuring her from one’s direct line of vision. The Solukhumbu district in northeast Nepal, home to the summit, has four of the highest mountains on Earth. Locals here wake up to sights that people from the plains spend lifetimes chasing.

My journey to this difficult but hypnotic terrain began with a flight from Kathmandu to Lukla, touted as one of the most dangerous airports in the world, also notorious for delays. What else can you expect of a route where the flight’s fate is majorly dependent on how sunny the mountain gods are feeling? As the 18-seater plane seared through clouds and bumpy air-pockets, I glanced around at my trekking group. Keni ‘hiking goddess’ Soliezo from Nagaland was on her 250th trek; Chandigarh boy Gaurav Gautam, on the second flight of his life. Delhiite Shipra Yadav had recently summited Kilimanjaro. Gireesh Hullur, banker and paragliding instructor from Bangalore, is coolness personified. Then there was Sujit Mallick from Odisha, who climbs peaks and discusses mountains like kids review their Pokemon collection. Gourav Vibhandik from Indore is the youngest, and the most excited. He would be turning 23 on the trek, and we were already looking forward to the cake at the World’s Highest Bakery & Cafe. Winners of a Columbia Sportswear’s contest, they’re from different walks of life, now united by their Columbia patented ‘Tested Tough’ gear—and the dream to reach the Everest Base Camp. The day we first met, the group exchanged trekking stories. I didn’t have much to add, this was my first multi-day trek. What if my gear is tougher than I am, I’d wondered, looking out of the window to spot a sliver of a runway rolled out at an elevation of 9,383 feet.